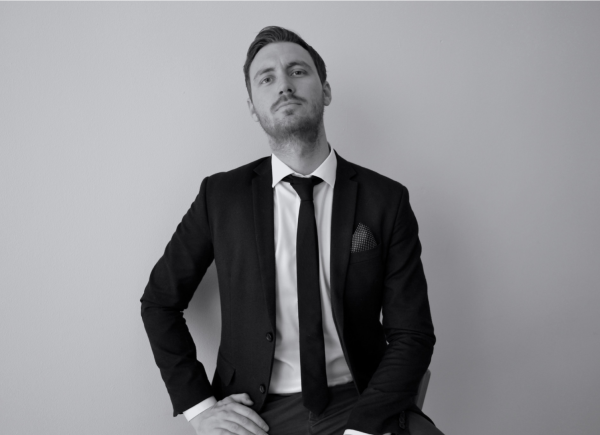 The early-20th century was weird and wonderful. Picture the scene, Catalonia’s foremost surrealist, Salvador Dali (pointy moustache, paranoid eyes), is sitting upright in a chair with a mixing bowl resting on his lap. In his hands he holds a metal spoon pressed to his chest. He relaxes his body and drifts into the earliest stages of sleep. As he does, his hands release the spoon, which bounces into the bowl, waking Dali before he manages to reach any real slumber. Somewhere along the micro-bridge between his conscious and subconscious mind, are images of melting clocks, 4-dimensional giraffes, giant chessboard waterbeds and other peculiar things that we are fascinated by to this day.

This wasn’t the reason for Dali’s genius. Nor was it the source. I am not suggesting that. But it was one of Dali’s tricks for accessing his most pertinent and undisturbed creative chambers. And he wasn’t the only one. Sir Isaac Newton, Beethoven, and other famous minds have tweaked and tested this technique. Some stories suggest Einstein held a handful of ball-bearings over a turned-up saucepan before drifting into a nap—though in the interest of reducing mess, I would always recommend Dali’s version.

The state they achieve is hypnagogia—the thing you experience in-between sleep and awake. And this is where the mind, at almost total conscious rest, begins to make novel connections between our ideas, visions, problems, dreams, and other loose ends swirling around our minds. As the late philosopher John Dewey put it, people are at their most creative when they’re “relaxed to the point of reverie.”

An array of great artists began to realise that exercising the mind at its least productive is a slingshot to novel creativity. When the British rock band Queen was recording its tenth album in Switzerland, they received a visit from another fairly well-known artist—David Bowie—who was due to deliver backing vocals to one of their records. However, after hours of relaxed and mindless jamming of other famous songs, they almost accidentally created one of the greatest British pop songs of all time — Under Pressure. A song comprised of randomly entering the vocal booth and just singing, humming, tapping, or shouting whatever came naturally. No structure, no brief. Just a dedication to the creative art and an authentic environment in which to let it unfurl.

“Have we learned nothing from history’s greatest thinkers and creative minds?” I scream into the computer as another brainstorm invitation finds its way into my inbox.

The point is this, creativity and creative thought doesn’t necessarily follow a set of rules, templates, and timelines. But, public relations does. And that is, in part, why the industry is creatively stagnant and tired. And yet, in true PR fashion, we endure the same old practices.

The error we make is fairly simple. More often than not, we couple high productivity for high creativity. This is why brainstorms are such a tricky business. Our belief that bringing together as many minds as possible, with a hard deadline and a brief, will allow us to find a number of good ideas, fast. It sounds logical, but it’s flawed. This is because our brains are great sorting mechanisms. And given the task, will quickly and efficiently organize and surface its most obvious and complete ideas. And we then assume those are our best.

In fact, novel creativity (the really amazing stuff) happens when our mental energy is at its lowest. Ergo, our creative output skyrockets when our mental output sinks like a lead balloon. This is when the brain has time to create unique connections between the questions we’re asking ourselves and the other things we have learned or experienced in some capacity. That’s when the bizarre and brilliant connections happen.

Of course, unlike the Dali’s, Einstein’s, and Bowie’s of the world, we communicators are more strictly confined to timelines and clearer objectives. So, no, I’m not suggesting we bin our briefs and start walking around the desert together until we fashion mind-boggling ideas for our clients who by this point have cut their contracts and headed to another service provider. We don’t have that luxury. But we can, as an industry, do more to allow individuals to explore more authentic ways of achieving novel thought and creativity. More authentic ways of ideating.

At Memac Ogilvy, we have made it a core part of our mandate to create an environment that allows people to achieve novel creativity in ways unique to them. To encourage the right practices and help them find the spaces and conditions they need to build novel connections and produce novel ideas. Each bud grows under its own circumstances, the trick must be working out how to farm them all—not changing the conditions of their growth to suit you or your deadlines.

For the senior leaders among us, that should be the biggest priority. Not squeezing more forced thinking and creativity out of your people, but ushering in new ways of extracting their best thinking in more authentic ways while meeting your deadlines and objectives. This can be done through the spaces you build or the time you allocate. It could be something more experimental, like Google’s 20 per cent Project, which allows employees to use 20 per cent of their paid time to think about and work on ideas and projects outside of their immediate workload. The company claims that many Google services and innovations stem from this project—it swears by it (though it was actually the brainchild of 3M back in the ‘40s).

The quicker our industry does away with trying to force creativity out of a boardroom—or worse a Zoom call—and instead fosters a live environment of curiosity, creativity, and invention, the quicker we will be able to showcase real industry-changing work that places us alongside our global peers—where we belong.

So, next time your director asks you to set up a brainstorm, tell them you’re going to the kitchen to collect a mixing bowl and a spoon instead.