Pepsi® launched ‘My Homeland’ campaign for Saudi Arabia’s 90th National Day celebrations. Pepsi’s aim is to share the joy and pride of the nation on this important occasion. The campaign included the release of a newly penned song, commissioned by Pepsi, celebrating the Kingdom’s achievements and values, and limited edition designed Cans and Packs.

The song, entitled ‘My Homeland’, is performed by; Dalia Mubarak, Ayed and Sultan Alrasheed, in addition to 5 Saudi music celebrities, from different regions in the Kingdom.

“Pepsi has been proud to be a part of Saudi Arabia’s history for the past 60 years. We wanted to take the opportunity of the 90th National Day to celebrate our shared history and look forward to an exciting future”, said Aamer Sheikh, President and General Manager at PepsiCo Middle East, North Africa and Pakistan.

He added: “The ‘My Homeland’ campaign highlights the pride felt by generations of Saudis in their national values, while also inviting Saudi youth to build a promising future. We believe that Saudi Arabia is rich with young talents, who are able to drive the country’s ambition and we can see some of them through the ‘My Homeland’ song, which shows how Saudi youth can amaze the world even with a pandemic that disrupts our routines and lifestyles.”

Aamer pointed out that: “Saudi Arabia is at an important milestone, in another 10 years it will have achieved its Vision 2030 ambitions and will be celebrating its 100th anniversary. Pepsi is committed to helping the Kingdom achieve its goals and building a strong, prosperous future.” 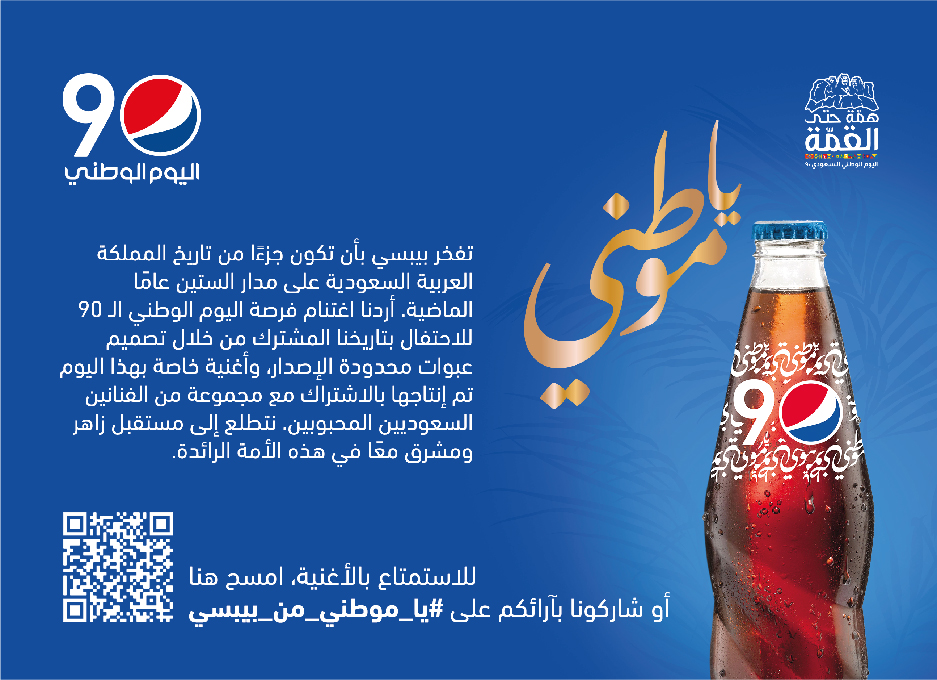