Paul Shearer: ‘Agencies should learn to celebrate each other’s wins’ 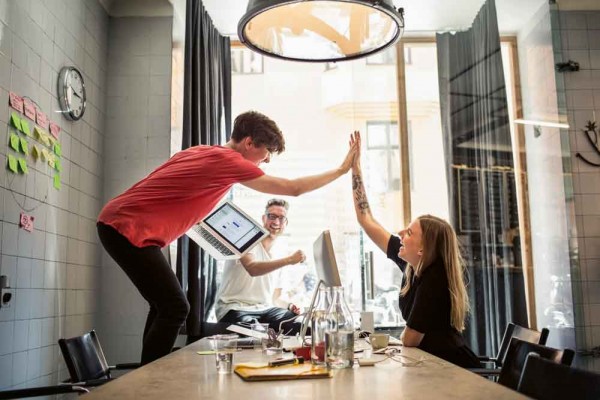 I was proud to see the Middle East doing so well in the recent Big Won rankings for creativity.

The UAE being fourth most awarded country, and a well-deserved seventh-best chief creative officer title for Bechara Mouzannar are just two of the many highlights.

These yearly creative world-ranking results were all over social media in the UK, Asia and the US.

Creative people all over the globe were egging each other on for next year and creative communities were feeling good about their regions.

Call it a collective support group for their creative industries.

But I was surprised to see few reports and little social chat in the Middle East. So I ask the question: is there a lack of togetherness in our creative community?

Do we keep ourselves to ourselves too much? Or is it that we have come so far so quickly that we don’t know how to embrace the success of our fellow creatives?

And do we have trouble embracing competition amongst ourselves?

For me, these are the very things that can make the Middle East more of a force in the creative world.

It’s just my own personal opinion, but in the two years I have worked in this beautiful place, I have not sensed a community togetherness.

There have been little or no signs of the creatives galvanising for the sake of the collective.

Yes there is the Dubai Lynx, and for one night we all gather and have a glass or two of something. But is that it?

Am I missing something? In the UK they have the Creative Circle, and the US has the Ad Club. They have governments who support the creative industries. Creativity is important. Very important. Not just for creativity but for business.

And because of this, creatives bond together to build the industry’s reputation more.

And even though they are competitors they know that despite their differences they need to work together to make their geographical position better known.

What’s wrong with us then? Are we worried that our next-door agency will make us look bad? Do we just hide behind our own door and forget about advertising our own region.

It reminds me of the story of the three shoe shop owners that live on the same street. They used to ignore each other.

But one day one of them decided to do some advertising.

So he proudly displayed a poster outside his shop saying:The best shoe shop in the country.

The second shoe shop owner wasn’t having any of this and put his own poster outside.

The best shoe shop in the world.

Looking pretty smug he stood outside with a big satisfied smile.

That was until he saw the third shoe shop owner putting his poster up.

The best shoe shop on this street.

The word spread around the world about the street with the best shoe shops and all three shoe shop owners became very famous and wealthy.

What this is saying is competition is healthy for everyone.

We can’t all be the best. But together we can elevate our reputation. But to do so, I think we need to come together.

Together just feels better and sounds better, doesn’t it?

So what are we waiting for?

Its time the region started to feel confident in its abilities.

When our neighbour does something amazing. Let’s shout from
our tall buildings about how good they are.

Spread the word about how proud we all are of being fourth best in
the world. Take your hat off (if you have one) to anyone in the region who wins at Cannes, and talk up what we do and others do around us to anyone from London, New York or Sydney.

Its what our Brazilian friends do
so well. Even the Americans high five their industry colleagues.

Ten years ago there may have been a sense of embarrassment for the creative the Middle East produced. Not now.

A region that used to take work from others and translate it into Arabic is now creating work and sending it the other way.

We all have the opportunity to grow and become even better, to show the world that we deserve to have a solid reputation instead of being seen as a fly-by-night.

The facts are simple.

We are now we are sitting at the top table.

So lets raise our glasses to togetherness.

Talk about our region instead of just about ourselves.

Send our work to Campaign and other publications with the UAE flag flying above it.

And most of all help, support and be proud of each other.

Trust me: it will make our world a better place.