Middle East’s PR, marketing and communications firm joins the global network of the award-winning agency now with 31 markets worldwide including US, EMEA and Asia Pacific. 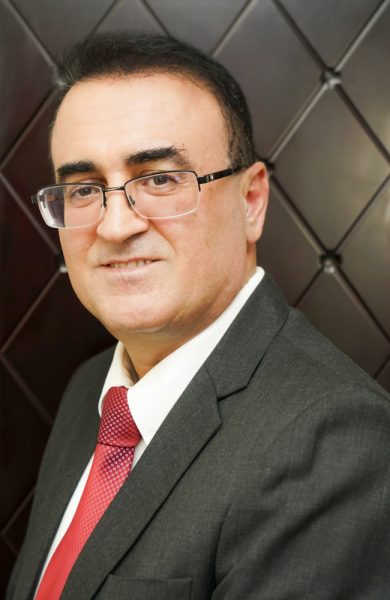 Orient Planet brings to Allison+Partners’ network 19 years of award-winning work in public relations, public affairs, research, social media, creative and integrated marketing, including its strong regional presence in the Arabian Gulf, Levant, Egypt and North Africa region. Headquartered in Dubai, UAE, with offices throughout the Middle East, and key affiliations in other parts of the region, the company is backed by a multicultural team of strategic communications experts who develop and implement communications campaigns for local, regional, and international clients seeking to connect to the public and the media in Arabic, English and French.

Nidal Abou Zaki, Founder and Managing Director of Orient Planet Group, said: “The group continues to expand its affiliations and reach across the region and the world, following nearly 20 years of continued growth and award-winning work in the Middle East. We are confident that our combined capabilities will give additional boost to public relations and marketing communications in the region as well as widen Orient Planet’s access to international markets. It will be a highly productive association, benefitting both parties’ mutual interest in regional and global expansion.”

Andy Hardie-Brown, Allison+Partners’ co-founder and global vice chair, noted: “After several years of global expansion, the Middle East is a natural next step for the continued growth of our agency. Orient Planet Group has an established presence in the Middle East with 10 offices and strong regional networks. Its headquarters in Dubai is of strategic importance considering the emirate is a trade hub for the region, and feeder market into Europe, Asia Pacific, and Africa.”

Jonathan Heit, Allison+Partners’ co-founder and global president, added: “We have found Orient Planet Group’s team understands the Arab world and have been doing great work across its network of offices and affiliates in the region. We know the team will be a perfect fit for our award-winning agency culture.”

Allison+Partners, an MDC Partners company, is a global marketing and communications agency driven by a collaborative approach to innovation and creativity. The firm has numerous awards and accolades from PRovoke Media (formerly The Holmes Report) and PRWeek’s 2020 Agency Business Report. Allison+Partners is in 31 markets worldwide and is organized around four practices: Consumer Brands, Corporate + Public Affairs, Healthcare and Technology.

Orient Planet Group is an award-winning company in the Middle East, recognized over the years for its leadership in the industry by notable award-winning bodies regionally and internationally. Its latest awards include the 2020 Gold Stevie Award for Innovation in Public Affairs Communications. It serves a diverse portfolio of clients comprising top conglomerates, multinational companies, government entities, family-owned businesses, SMEs and non-profit organizations throughout its offices in the Middle East.