Mindshare CEO Ravi Rao: ‘We need to build on what we have’ 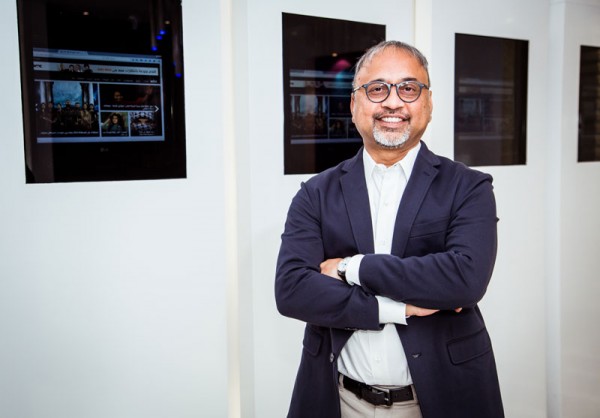 When Ravi Rao re-joined Mindshare MENA in May last year, little did he know that less than a year down the line he would become the agency’s chief executive. Yet here he is, all fresh-faced and raring to go, and busy formulating plans.

“I’d never even thought of coming back to this region,” admits Rao, who initially joined as chief client officer from Mindshare South Asia, where he’d been chief executive for three years. “I said ‘I’ve done it, I want to move to some other place’. But a lot of things happened, I came and met Samir [Ayoub], we had a chat, and then we said ‘okay, let’s find a way’, and that’s how I came to be here.”

It is from Ayoub that Rao took over in January, although the former has been appointed a delegate of the board at Mindshare MENA and will continue to act as a consultant to the agency until July. While his departure after 17 years came as something of a surprise and Ayoub’s absence will no doubt be keenly felt, Rao will also be keen to make an early impression.

“I’ve worked out a 100-day plan,” admits Rao, who first worked with the Mindshare MENA team during its inception in 1999. “Very simple. I think the first job for me is to visit the markets, get to meet local clients, and get to understand the talent that exists within the organisation – that’s the most critical thing that I’m doing. I’ve done four markets already and I’m yet to cover six more. The point is that unless you know the local nuances in terms of what works, what doesn’t work, what the clients think, it makes no sense to put together a plan just to say sweepingly that I will change things.

“The way I see Mindshare is that it’s not like you need to re-draw everything. The thinking is, very clearly, to build on what we have, to make it much more of a network, and to bring new products into play and to add value to our clients.”

Rao cites research unit Mindsight and innovation and creative hub Invention Studio as important elements within Mindshare, both of which are relatively new in the agency’s stable but will be increasingly important going forward.

Helping achieve Rao’s goals will be his senior management team, as well as new hires such as Vincent Giborees, regional head of data and analytics, with more talent being sought as Rao focusses on training and improving the quality of personnel within the agency.

“Nick Emery [co-founder of Mindshare] keeps saying everything begins and ends in media and I think it’s so true,” says Rao. “I want to really bring in a lot more analytics and dashboarding capabilities, along with econometric modelling for demand forecasting, which we already have but I want to build on in a big way.

“There are certain areas where we don’t have capabilities, which is why we have brought Vincent onboard, but we have a good mix in play. The one area that we may want to consider further is to see how we can make Invention Studio a lot more visible as part of the strategy of the ‘original thinking framework’ that we have in Mindshare.”

And talent? Is it as good as it should be?

“If any agency says they have 100 per cent the best talent in the world, that’s a lie,” he replies. “But I would say we have some great talent, which is why we’ve got some great clients onboard, but equally there is a good bit of average that we need to train. I think people can always evolve and people can change. All you need to do is give them some coaching and mentoring.

“We have always believed in very intense training and this is something that’s going to continue despite the downturn. You can’t cut short on training, because it’s to do with people. Sometimes you may also look and ask ‘have we got too much attrition in play?’ But then attrition gives us opportunities to bring in better people, with slightly different expertise, and to bring onboard an outside perspective.”

His tenure in charge hasn’t had the greatest of starts, however, with the agency losing Nissan to OMD late last month. It is a sizeable loss, although Rao was philosophical about any potential loss of the business when we met shortly before the decision was made.

“Right or wrong in our agency business, there comes a time when accounts can either go or they can stay,” he said. “It’s part of the game and we live with it. Life goes on. But we’ve enjoyed working with Nissan and we hope to continue working with them, but if it doesn’t happen, well, that’s life.”

“Mindshare for me is a well connected network with great minds and fantastic innovation,” he adds. “The question is where do we really want to push further? In digital there is still a huge opportunity. Programmatic, when done right, really leverages every single dollar that you invest and achieves return on marketing investment for brands. And we want to push the needle completely. Effectiveness is a lot more important, efficiency is a given, and that’s how the media world has changed.

“I really want to understand what’s ticking, what’s going on, and what we need to fix and move on. That’s it. But clearly I want to make Mindshare MENA much stronger, in line with coveted offices and our entire global network in two years’ time. That’s the plan.”