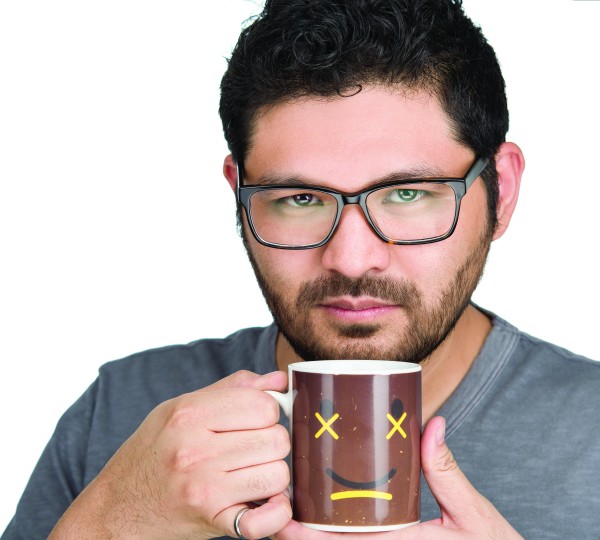 “I can go on and on about the linguistic beauty of the Arabic language, just like any of its aficionados,” says Nawaf Felemban. “But my connection to it is much deeper than that. Arabic defines my childhood and my memories: it’s how my mother sounds; it’s my father’s repetitive advice; it’s the little fights with my brother.”

Felemban, the chief executive and founder of Arabic language platform Kasra, is concerned. And with good reason. Arabic is struggling in an online world dominated by English.

“Languages everywhere are dying,” wrote James Temperton in Wired late last year. “It is estimated that one language is driven to extinction every 14 days – and that’s despite an increase in the number of languages supported by the internet. But is the lack of language diversity online accelerating language death or simply reflecting what’s happening in the offline world?”

His report made for interesting reading. Although there are 7,100 languages spoken around the world, only 500 are used online. Of those, Google search supports 348, Wikipedia 290, Facebook 80, Twitter 28 and LinkedIn 24. Of the 10 million most popular websites, 55.2 per cent are in English. Of all the other languages, only French, German, Japanese, Russian and Spanish – ranging between four and 5.8 per cent – make much headway. Arabic is way down in 14th with 0.8 per cent.

Yet estimates of the number of total internet users by language in November last year placed Arabic in fourth, with 168.1 million users, representing 5 per cent of the total online population. Meaning the perennial problem of insufficient Arabic content remains as pertinent as ever.

It also means that the question of Arabic’s survival is a very real one. Not just because of the internet’s Western bias, but because of the encroachment of English in everyday life and the tendency for the young to scorn linguistic heritage. Arab media has also played a part, failing to adapt to technology and suffering at the hands of the digital revolution.

“Arabic is in severe danger,” says Felemban. “For the longest time, the English language in the Arab world was only spoken during English classes at schools. The case is different now. Newer generations in certain Arab countries are using more English than Arabic in their day-­to-­day communications, whether it is messaging or face-to-­face interaction. English is gradually becoming more prevalent in the global media industry, and Arabic media is no exception.”

Felemban is amongst those seeking to combat the problems associated with the struggles of Arabic, launching online platforms and championing the use of the language in everyday life. Kasra, which was launched in 2014, empowers Arabs to be narrators of their own stories, publishing what it says is “compelling content that readers will want to share with family and friends”.

“Our goal is to break the current status quo of Arabic media by becoming the first large-scale publisher of viral Arabic content on a safe platform where everyone feels welcome,” says Felemban. “Along the way, we hope to inspire youth to express themselves in Arabic as well as unite the Arab world one cat picture at a time.”

Kasra is not alone. There are others, such as Raseef22, an alternative journalism platform. But their challenges are considerable.

“First, we need to become more forgiving of one another,” says Felemban. “We need to stop criticising the linguistic nature of published Arabic content and focus instead on the thoughts and ideas being communicated. We aim to create quality content in an accessible language that everyone can understand – away from linguistic elitism.

“Second, I believe content should be written with the purpose of engaging one another in mind, instead of forcing one’s opinion on others. We need to provide platforms where readers can feel comfortable expressing themselves. This would definitely facilitate cultural and thought exchange away from charged divisive topics.

“Finally, the quality of content must also adhere to the highest standards so that readers can trust what they read. We work tirelessly on breaking linguistic barriers by engaging everyone in a friendly environment. Moreover, our editorial guidelines stress credibility and transparency.

“Today’s media giants are struggling to bridge the gap between their traditional content, technologies and channels. This is where media start-ups come in to fill this gap. They will play a great role in pushing the industry to listen more to what the users want – more user­-oriented content. In response, media giants will have to start changing their ways, just like The New York Times did.”

Is it a battle you can win?

“Of course. By dedicating our resources and efforts into creating meaningful content, as well as providing our readers with a platform to express themselves in Arabic, we can contribute to the prevalence of Arabic in the digital world. As we become more exposed to Arabic content, I think conversing more in Arabic will naturally follow.

“This is a battle that we can certainly win. We have seen the appetite from our users. We have been encouraged by Arabs time after time. We are also seeing renewed interest in Arabic content reflected in the many start-ups that are focusing on Arabic businesses.”