A gentle fall of Rain 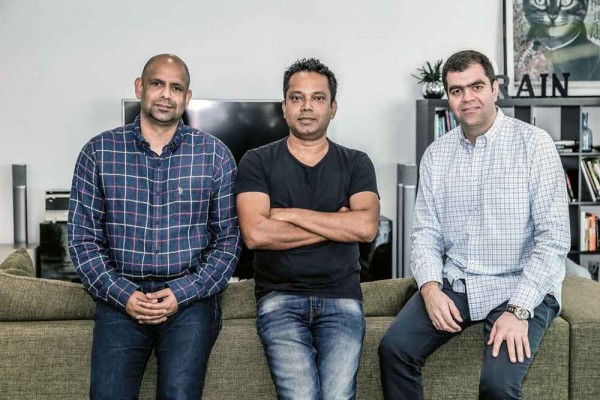 “Yes we have been very underground and quiet,” says Samir Shanbhag, brand partner at Rain. “It was a conscious decision, to be underground, because a lot of people in this industry speak a lot. And then they do nothing. We were more ‘let’s do something’; ‘let’s build something’ so we could get to a place where we can talk about something that’s not about us but about our work. Maybe we left it a little too long.”

That little too long would be five years. It was back in 2011 when Manoj Ammanath set up his own agency in a recession-battered Dubai, after leaving his role as creative director of Brandcom Middle East (now part of DDB). A year later, Ammanath recruited former Brandcom colleague and business director Shanbhag and then Malek Atassi, former creative director at TBWA\Raad, to help him run the agency, all under the same nondescript title of ‘brand partner’.

In the following years, Rain grew its  team to 25 people, moved from Dubai Media City to the then up-and-coming Design District (d3) and acquired a number a high-profile international clients, including FrieslandCampina, Henkel and HSBC. And yet, despite these major landmarks, the agency has all but shunned any media exposure.

However, Rain’s most recent success with scoring the creative account for d3 seems to have finally brought it out into the limelight. Why? “Because I think d3 was our favourite win,” says Atassi. “We were the third people to move here last year and now it’s the most happening place in the city. So it’s where we work; it’s all about art and design, which we’re very passionate about – all of us. We’re very excited about it – it’s more of a hobby than a client.”

“The point was not to be quiet, though, for the sake of being quiet,” elaborates Ammanath. “It was to create a place, build a place of likeminded people who work and enjoy their time. And we worked with people who were good friends of ours so it grew organically rather than through self-marketing. Even now we’re very conscious of who we go after, because if it doesn’t fit with our thinking or culture…” He trails off.

Part of the culture he refers to is best exemplified through the agency’s avoidance of hierarchical titles. While many large agencies claim they have no hierarchy, few would venture as far as Rain to implement that so tangibly. Every employee is known as a ‘brand partner’ – even the effective leaders themselves. Though some would argue such agency democracy can be  constraining for young talent looking to boost their CV credentials, Ammanath believes the structure allows “people to enjoy the freedom, the openness, the freedom to think”. He adds: “In the five years we have been set up we have only had one person leave. Just one.”

Meanwhile, the absence of senior levels has given Ammanath, Atassi and Shanbhag their own sense of breathing space. Having risen up the ladders at their former agencies, all three experienced the age-old dilemma of becoming further and further removed from the creative process. As a result, all three are keen to avoid being sucked back into the fold, should a big agency approach with a tempting offer.

“When we reached senior levels, we seemed to be doing more admin than creating,” says Shanbhag. “And we all came into advertising because we love advertising and we love creating. If 80 per cent of my time is going to be spent doing admin then that’s not what I want to be doing.

“We don’t want to give up that. And if someone came over and said we want to buy you out and we become managers by Excel sheets then we don’t want to do that. We want to be actively involved in the day-to-day creation of work.”