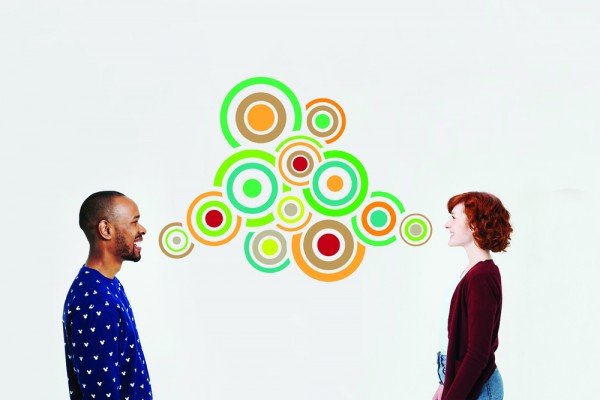 A bland catch-all used to describe various forms of communication, what does ‘content’ actually mean and is the desire to create ever-more pieces of ‘stuff’ damaging brands and their agencies?

“Everybody is talking about content because it is a buzzword, like storytelling a while ago,” says Hubert Boulos, chief executive for the Middle East at DDB Dubai. “For some reason buzzwords are needed to hide the real lack of added value offered by the people and organisations using them. Seriously, content has existed since cavemen were drawing on walls. Ditto for storytelling. So yes, this is pathetic and ridiculous. Coming up with such idiocies makes marketing and advertising look like an intellectual fraud.”

Content. Has there ever been a word with the potential to span so much yet convey so little? Can it even be defined satisfactorily? The same fumes that have fuelled talk of native advertising have somehow created a heady mix around content, be it mobile, social or tech. Yet, as Dave Trott, the author of Creative Mischief and One Plus One Equals Three, wrote in Campaign late last year: “I keep hearing everyone talk about content, but I’ve never heard anyone define it, so what is it?”

A lot of people don’t seem to know. “At best it’s a bland catch-all to cover all sorts of communications that would otherwise be difficult to categorise,” wrote Andy Nairn, the founding partner of Lucky Generals, in January. “At worst, it’s a term that promotes laziness and low standards, by encouraging the generation of large quantities of ‘stuff’, without any discernible idea or realistic hope that anybody will enjoy it.”

Which is problematic for both agencies and their clients. If content is another word for ‘stuff’, as Paul Shearer, group chief creative officer at Memac Ogilvy MENA, admits it is, then “the problem with stuff is that most of the time it’s worthless and boring crap”. What’s more, the word ‘content’ is now used to replace words like conceptualisation, ideation and plain old creative, as Claire Fletcher, associate social media director at J3 MENA, points out.

Yet by 2017, according to Cisco, it is estimated that online video content alone will account for 69 per cent of all consumer internet traffic, while content marketing budgets are on the rise across the world. The never-ending thirst of social media has only acted to accentuate this.

The Content Marketing Institute reported last year that on average 32 per cent of total marketing budgets went towards content in 2015, compared with 25 per cent the previous year. Worryingly, however, while 76 per cent of B2C marketers reported using content marketing in 2015, only 37 per cent thought their strategy was effective.

Is this surprising when large quantities of ill thought out content is prevalent? Is it also surprising that vast swathes of content is being ignored by consumers because it has simply become ‘stuff’ to fill up space.

“Today it is about delivery versus re-defining content,” says Boulos. “We have more communication channels than ever before. Media planning is probably more important than ever for properly reaching consumers. When it comes to anything we do, the first question to ask is ‘what is the idea?’ If there is no idea then you have nothing but buzzwords, technology and useless prose that nobody reads but will keep many people busy.

“But if we want to further discuss content, we as an industry are facing a very interesting paradox. We are rightfully told that consumers have the attention span of a goldfish at best, yet we have thrown at them more brand content than at any time in history. Our business is to simplify and to conceptualise in order to reach consumers, while the trend is to engage them with social content that nobody reads, along with requests to participate in a brand’s experience and activities as if they have nothing else to do in life when it comes to social interactions.

“Overall this is keeping a lot of people busy doing things that have no impact on a brand, but at a ridiculously cheap cost, which keeps everyone happy and delusional. We have created a virtual world where some marketers and their ‘content’ providers thrive without ever really connecting with real consumers

“Our job is to conceptualise, simplify and then amplify. Today we start by amplifying via multiple partners and suppliers, thus making brands’ content look like a dog’s breakfast, turning brand managers into cat herders. Agencies have two key roles: brand custodians and creating simple structure for clients who will never be able to keep up with every digital innovation and channel. Agencies have a duty to help clients navigate strategically, creatively and organisationally.”

For Boulos, clever imposters have found a way to enter the market by claiming that content is something new and different that requires a totally different set of skills and organisation. “It reminds me of a play by Molière (a great content provider from the 17th century), where an imposter taught ‘prose’ to a wealthy man (Le Bourgeois Gentilhomme),” he says.

There is, however, some great content out there. “The key is to fool the consumers into believing they are not watching anything sales like,” suggests Shearer. “Content must be 100 per cent entertainment. Worthy of the front page of any gossip paper. Nike does content the best. See Cristiano Ronaldo race a Bugatti Veyron? Yes please. The other key to great content is lots of it. Consumers are hungry but have little loyalty. So keep them fed and they will come back for more.”

But with charlatans abounding and ‘stuff’ proliferating, how does the concept of content and its delivery need to evolve?

“This is a tricky one,” replies Fletcher. “As Nando’s around the world has always shown, the success of real-time content and the engagement possibilities of reaching people [lies] with topics that are fresh, opinion-based and top-of-mind. However, we are seeing a switch to developing smaller high quality videos for social channels that need time to be produced and placed out there. Thus we get into this trap of predicting the future.”

She adds: “The 2016 trend is all about video. We have been telling stories since the Stone Age, however no longer does a picture say a thousand words. Social allows us to consume huge amount of content and at a rapid speed. And just like out in the wild now anything that moves captures your attention. Content, like all creative, should have a human truth that underpins something we understand and can relate to.”

So where are we going wrong?

“Everyone in the Middle East is petrified of pushing boundaries or creating something edgy,” she replies. “We are all scared so we end up playing it safe and blending into the background.”

Boulos agrees: “Many agencies are scared to lose revenue and play into clients’ request to develop irrelevant, cheap and uncreative content. Also, instead of simplifying things some agencies add complexity to their organisation with specialised units. If the content required is not creative, we should simply not do it and tell clients to go elsewhere. What they require may just be information to fill digital assets.

“Creatively crafted content with a big idea will always work, but it also has to be relevant to the brand. For those who have forgotten, this is called a great ad.”