Evan’s blog: Unique challenges in a region of transience 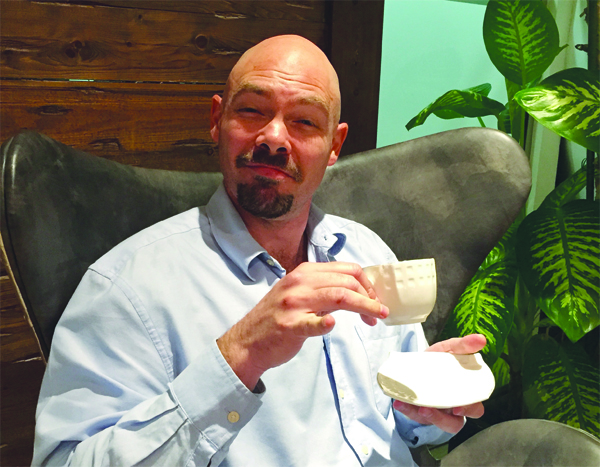 There are only a handful of clients both willing and able to make brave advertising; but agencies don’t want to say it, writes Memac Ogilvy & Mather Dubai’s CSO.

My HR department has just asked me to relook at the planner job descriptions we have on record to see if they need amending. Reading them was a little bit like watching a black and white newsreel from the 1940s; “I say, don’t our boys in uniform look dashing!” They’re full of the classic descriptions of what planning is about. “Use research to write inspiring creative briefs.” “Conduct focus groups.” “Consult industry publications to ensure an up-to-date knowledge of market relevant data.” “Must be a dab hand at PowerPoint, don’t you know?” “Should be a gentleman of good breeding and excellent character.” It’s not to say that any of these are necessarily wrong, just that they’re not 100 per cent right. Planning has evolved a lot in the last 10 years.

Actually, it’s evolved a lot in the last 10 weeks. It’s probably evolved a lot since Thursday. One of the best things about my job is that it involves daily learning. Learning about the constant evolution of planning, learning about the world we live in, the people who inhabit it and everything in between. The other day, for instance, I learnt that birds are the only living creatures that have no food heat receptors. That’s how nature ensures chillies can propagate. Birds eat them, ingest the seeds, then excrete them elsewhere surrounded by a nice blob of natural fertilizer. Fascinating. I’m not sure how I’ll be able to use that, but I’m sure it will come in handy eventually. Maybe for a vitamin supplement brand?

Some of the most interesting and useful things I learn are things I stumble upon when trying to learn about something else (in case you were wondering, I wasn’t actually researching chilli propagation at the time I came across the above nugget). Something else that I stumbled upon recently while researching telco insights was about the least expected commonality shared by some of the world’s most innovative and groundbreaking campaigns. And by innovative and groundbreaking, I mean the campaigns that made you think, “I don’t know where that came from, but I love it!” Campaigns that made you think, “That insight’s so obvious – why haven’t I ever used it before?” The kind of campaigns where you thought, “That could only have been approved by a marketing director who’s a real funky, young, hip groovemeister.” Except that last one is where you’d probably be wrong.

Ours is a region of transience. People change companies and countries more frequently than some change socks. Very few people in a senior marketing role have been there long enough to have the necessary level of job security. We once presented a range of relatively radical ideas to a client in answer of a specific brief he’d given us, ideas that as far as we could see had never been done anywhere in the world at that time. He said he loved them. He thought they were original, unexpected and would undoubtedly deliver the results he was looking for… in the long term. And that’s where the problem lay. “I’m on a one-year contract,” he told us. “That basically means I’ve got nine months to show my boss that he should extend my contract for another year. I need short term tactics, not long term strategy.” How many of these people get their contracts extended a sufficient number of times to establish the credibility they need to do the things they’d like? And how many of them just move on?

Ours is also a region of unrelinquished authority. The ability to make decisions is power and those at the top delegate it sparingly, if at all. At a recent conference on customer service I attended, the head of a courier company was being told about a problem another CEO was having with a package, citing it as an example of our desperate need for better customer service. The courier company head listened for a while, then made a phone call. An hour later, the package appeared at the conference and was proudly presented to the CEO on stage. The courier company head was beaming from ear to ear, as though the whole episode had just demonstrated how great his company’s customer service was. He didn’t seem to realise he’d just demonstrated its biggest flaw. Do we have to know the head of the company before we get any resolution? Is he the only one who has the authority to make a decision? More and more these days, we find that winning over the brand’s marketing teams is just the first step. It’s the CEO/president/chairman, someone who might not know what our brief was and only has 10 minutes to spend on the project, who makes the final decision. If he doesn’t trust his marketing team to make decisions, why did he hire them in the first place?

That’s not to say we never find the kind of client who is both willing and able to make brave advertising. There are a handful of them out there, and I think most of us know who they are. But the majority are not. To most, their job is to keep their job, not to do something extraordinary. Yet agencies don’t want to talk about this. We’d rather blame ourselves, terrified that if we say something different we’ll be called out for making excuses. It’s very big of us and very mature, but at the same time it’s disheartening, demoralising and thoughtlessly clichéd. Just as there’s nothing wrong with constantly wanting to improve – ‘Divine Discontent’ as we call it – there’s also nothing wrong with acknowledging genuine achievement or being proud of your work, of identifying shortcomings wherever they may be so the industry can benefit. We don’t have enough talent, not enough drive, we don’t know how to sell our work, we’re an industry of dinosaurs, if we don’t adapt we’ll die – we’ve all heard it countless times before.

And it’s not that any of these are necessarily wrong. It’s just not 100 per cent right either.