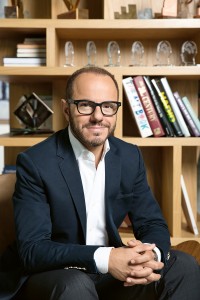 The marketing industry is in the midst of major disruption. From economic and political uncertainty and the transformation of the media marketplace to the emergence of new business models and the impact of new technologies, we have the makings of a perfect storm. Still, with every challenge comes an opportunity. Those who can ride these waves will be well on the path to success. Agility and foresight will be two words to remember as we weather the storm, so let’s examine the 17 trends that will shape the coming year.

1. If you thought 2016 was rough…: 2017 isn’t going to be much better. The uncertainty of Brexit, the weakening growth in China and most countries in the West, the spectre of ongoing wars in the region, the introductions of new taxes, and the reduction of subsidies and public sector pay will put pressure on the marketing sector, both globally and regionally. We should anticipate a further 10 per cent drop in marketing investments next year. The trend will start to reverse in the fourth quarter as consumers begin to shop aggressively in anticipation of the introduction of value-added tax in the GCC in early 2018

2. Different strokes for different folks: Each market will require a specific strategy. ‘Build’ in Saudi Arabia: despite the current gloom, the Saudi economy remains fundamentally strong. The Kingdom’s Vision 2030 is promising, so double-down and bank on the country’s long-term prosperity. ‘Hold’ in the UAE: the region’s second biggest market will be stable despite the anticipated reduction in government spending. Look inwards and nurture your best talent. ‘Harvest’ in Egypt: currency devaluations, inflation and economic woes will put a substantial strain on this market next year. There is, however, a silver lining for local producers who could benefit from restrictions on imports.

3. Prepare for the rise of the ‘precariat’: With taxation, austerity cuts, job losses and geo-political and economic uncertainty, consumers will eventually feel stretched and strained. This will lead to a ‘precariat’ way of living, with people exercising discretion before making purchases. Businesses in MENA will need to rethink strategies for dealing with the precariat beyond short-term promotions and discounts. This segment may not appear as appealing as the luxury one but it is very sizeable in our markets.

4. The Fourth Industrial Revolution will transform jobs: Everywhere we see signs that new technologies fusing the physical, digital and biological worlds are already affecting disciplines, economies and industries. While some fear this industrial revolution will destroy countless jobs, others believe it will make organisations and societies more productive and efficient. Businesses, including media agencies, will see machines and tech become more prevalent. Jobs will be transformed rather than lost and this will lead to a surge in demand for new skills and training.

5. The delocalisation of jobs will intensify: In a permanent quest for effectiveness, businesses will take a long hard look at their operations and offshore functions that can be as effective, if not more, in a lower-cost environment. Tech and back-office functions will be first in line, but some will also include creative roles. If India and Pakistan have long been favourites, Egypt and Lebanon have appealing talent pools on which to draw.

6. The struggle to leverage the start-up ecosystem will continue: Start-ups in MENA can provide several solutions to the many challenges our industry is facing as a result of the disruption it’s undergoing. However, while most agencies acknowledge the benefits of being associated with start-ups, few manage to leverage them fully. Instead of being a ‘cool’ gimmick, promising start-ups should be viewed as valuable partners in the creation of powerful ‘ad tech’ solutions for advertisers.

7. Digital marketing will simply be marketing: Once a side-show, digital marketing is fast becoming the norm. In 2017, we expect to see a 30 per cent increase in digital marketing investments in MENA. At $1.5 billion, this will represent a bit less than a third of our overall media investments. By 2020, digital media will cross 50 per cent. The media market will continue to be significantly altered as a result, as will the practices of marketing and advertising.

8. Businesses will prioritise an analytics- (and not data-) first approach: As the share of digital investments increases, the need for insights and an analytics-first approach will be imperative to the success of a business. However, merely buying the latest platform for data mining won’t be enough. Both advertisers and agencies will increasingly invest in talent who really understand how to leverage data to unearth strategic insights and make bold business decisions.

9. Want ROI? Get CLV: To measure the performance of marketing better, we need to move away from a short-term, campaign-based focus and embrace the metric of customer lifetime value (CLV). We must consider customer profitability and the impact of the different marketing efforts across the customer’s lifecycle. This approach will sharpen the calculation of return on marketing investments and push marketers to go
beyond customer acquisition and focus on engagement and retention. Rooted in customer relationship management and predictive ­analytics, brands will require intense collaboration between many marketing disciplines and partners, spelling the end of siloed thinking.

10. A growing dislike of duopolies: Together, Google and Facebook command north of 70 per cent of digital advertising revenues. Publishers and sites that rely on advertising revenue will continue to suffer the most from this domination. What is most concerning is the lack of transparency in terms of data and performance on their platforms, highlighting the need for third-party validation. Our industry will be encouraged to push for more competition. Perhaps Snapchat or an emerging local giant could bring balance to this universe.

11. The rise and rise of programmatic: With better data about users and massive volumes of inventory that provide ample liquidity, key agency and technology players have been able to improve the pricing and effectiveness of placing digital ads through automation. As clients continue to shift substantial investments towards programmatic buying, media sales will require fewer and fewer people over time.

12. Content can’t be king if quality doesn’t rule: In a world full of media noise, with content coming from all directions, digital minimalism is increasingly appealing. The amount of content available is overwhelming and many people are already switching off. As a response to the growing disaffection with advertising, content marketing is certainly proving popular but so far quantity has ruled over quality. In 2017, we will start to see a shift to the latter to make this vital channel much more effective.

13. Influencers will need KPIs like other media: Far from being a fad, social media influencers are becoming more and more prominent in media plans. For this trend to become sustainable, they will need to be subjected to the same rigor as other media and be given relevant and solid key performance indicators. Like product placement before, there will be clear attempts to regulate this market.

14. Keep your eyes on the ball: We love acronyms and buzzwords in our industry: AI, VR, augmented reality, chat bots, IoT, algorithms… and see these innovations as being around the corner. In reality, it will take a bit longer for them to become truly significant. In the meantime, we should not forget that traditional formats still claim the lion’s share (75 per cent) of advertising investments and will continue to do so in 2017.

15. New formats of TV will emerge: With on-demand TV growing and Netflix showering us with its cloud-based programming, the much-anticipated transformation of traditional TV is materialising before our eyes. ‘Live’ is also becoming the new TV screen. Next year, the likes of Facebook, Snapchat and Twitter/Periscope will continue their fight to acquire and provide exclusive traditional TV-like content and programmes on social TV.

16. Content creation is the new battleground: Considering the latest mega program deals in the region and the proposed merger between Time Warner and AT&T, it’s easy to see how critical content is becoming vital to tech, telco and other distribution channels. Investors in MENA have historically shown a stronger appetite for international opportunities than local ones. While our regional giants are starting to support local entrepreneurs, they will now add content creators to the list since the region’s consumers desperately want quality local material.

17. Diversity and inclusion as the way forward: The debate about diversity and inclusion, starting with women, has been raging on for a while and some have already taken steps to address the valid concerns it has raised. We will see more and more efforts to support women’s professional ascent by introducing empowerment/mentorship programs and reviewing maternity and other policies. Such diversity enriches us, strengthens us and makes us better performing companies.

It would be easy to consider the above and fret. Yes, there are many changes around, some of which are daunting, and we have our work cut out in order to find growth again.

The upside is that there are also plenty of opportunities, as long as we know where to look.