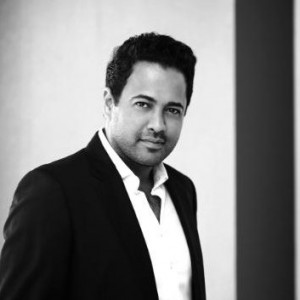 Previously head of strategy for OMD UAE, Maktabi has worked across the group’s MENA network in Dubai and Cairo for nearly
10 years.

Maktabi is expected to build a team of more than 16 over the next few months, initially working
from OMG’s offices in Dubai Media City.

Hearts & Science global CEO Scott Hagedorn said: “It’s terrific to see the tremendous momentum continuing unabated with the expansion in the Middle East. Fadi has an impressive track record and expertise in insights, strategy and innovation, a strong platform on which he can build to leverage that momentum and experience the success Hearts & Science has witnessed in other markets.”

PAWAN SEPTAL (pictured) has become C1X’s first employee in the Middle East and Africa. He will be vice president & head of business for the region, based out of the ad tech company’s Dubai Internet City office.

C1X, whose name stands for class one exchange, is based in Silicon Valley and has raised $14m in funding since 2015. It allows advertisers to use a combination of direct and auction-based programmatic buying to target customers across websites.

Setpal was previously director of sales and head of programmatic at Clique Media, and before that he was agency business director with Yahoo Middle East. He began his career with Maktoob.com, the regional digital platform purchased by Yahoo in 2009.

He said: The Middle East and Africa is in its nascent stage of digital recolution as compared with other markets worldwide, which is even more reason that bringing in the right technololgy will help.”

Dubai-based integrated communications agency House of Comms has announced the appointment of SARAH DOYLE as the newest account executive to join its team.

Doyle will relocate to Dubai from Carlow, Ireland, where she worked as an account executive for Dublin agency Revolve Marketing & PR, specialising in the lifestyle fields of fashion, beauty, retail and F&B.

Keeley Duffy, senior account director, said: “We knew as soon as we met Sarah that she would fit right into our growing team.

“Q4 has started off with record wins and as a business our focus is always to ensure we consistently deliver and delight our clients and we believe that Sarah has got exactly what it takes to do this.”

Doyle will report to Tryphena Greenwood, senior account director at House of Comms.