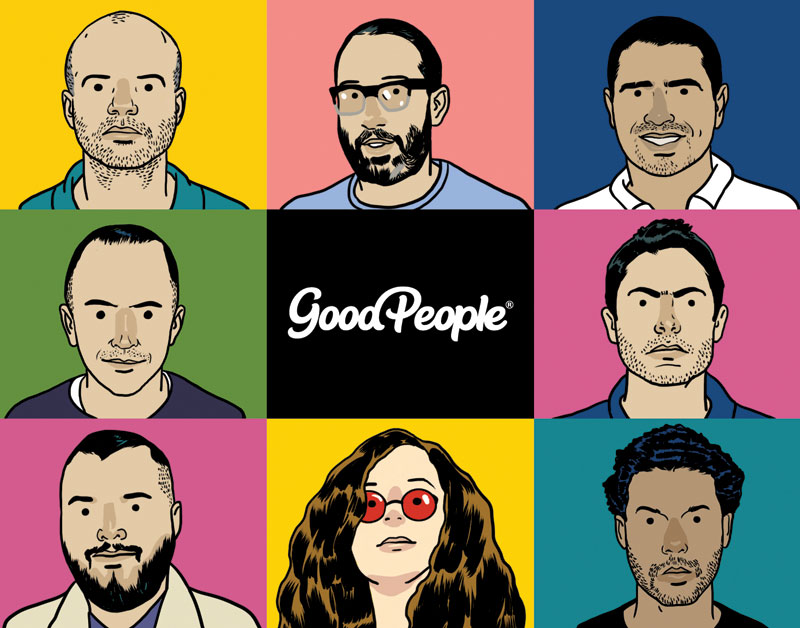 The collective has kicked off with five directors including Ali and Nassar, Ahmed Hussein, Mohamed El Zayat and Tameem Youness.

Modelled on Sonny and MJZ in London, Good People does not class itself as a production company and has been launched to combat what it calls mediocrity within the industry. All of the directors have a creative agency background, are exclusive to Good People and own a share in the company.

A Beirut office will service Lebanon and the wider Middle East, while a Cairo operation is to be opened in six months to cater for the Egyptian market.

“We didn’t start this company to win bids, we did it to shoot great films,” says Ali. “All our directors are exclusive, in-house and own a share in the company – a collaborative creative space where everyone gets a say and work is thought out through and through. Think of us as a halfway house: halfway between the agency and the final film. A one-stop-shop designed to turn scripts into something worthy – not necessarily perfect, but definitely better.”

He adds: “The five directors were chosen entirely based on merit. We like their work. We also wanted a relatively young roster. All of our directors are fresh, they’ve been directing for one or two years at the most, except for maybe Mohamed El Zayat, who has been doing it for longer. All of our directors come from a creative background, and that is a condition we wish to keep going forward, as our tagline is ‘We fix it. We shoot it’. And that implies we put in a lot of creative effort on paper before going out on set. What people don’t realise about this business is that 90 per cent of directing a spot happens at home, on your laptop, when you write the treatment. The rest is all easy. And as Hitchcock used to say: “My movie is now finished. I just need to shoot it.”