30 years of inflight entertainment on Emirates

Emirates celebrates three decades of a screen for every seat. By Austyn Allison 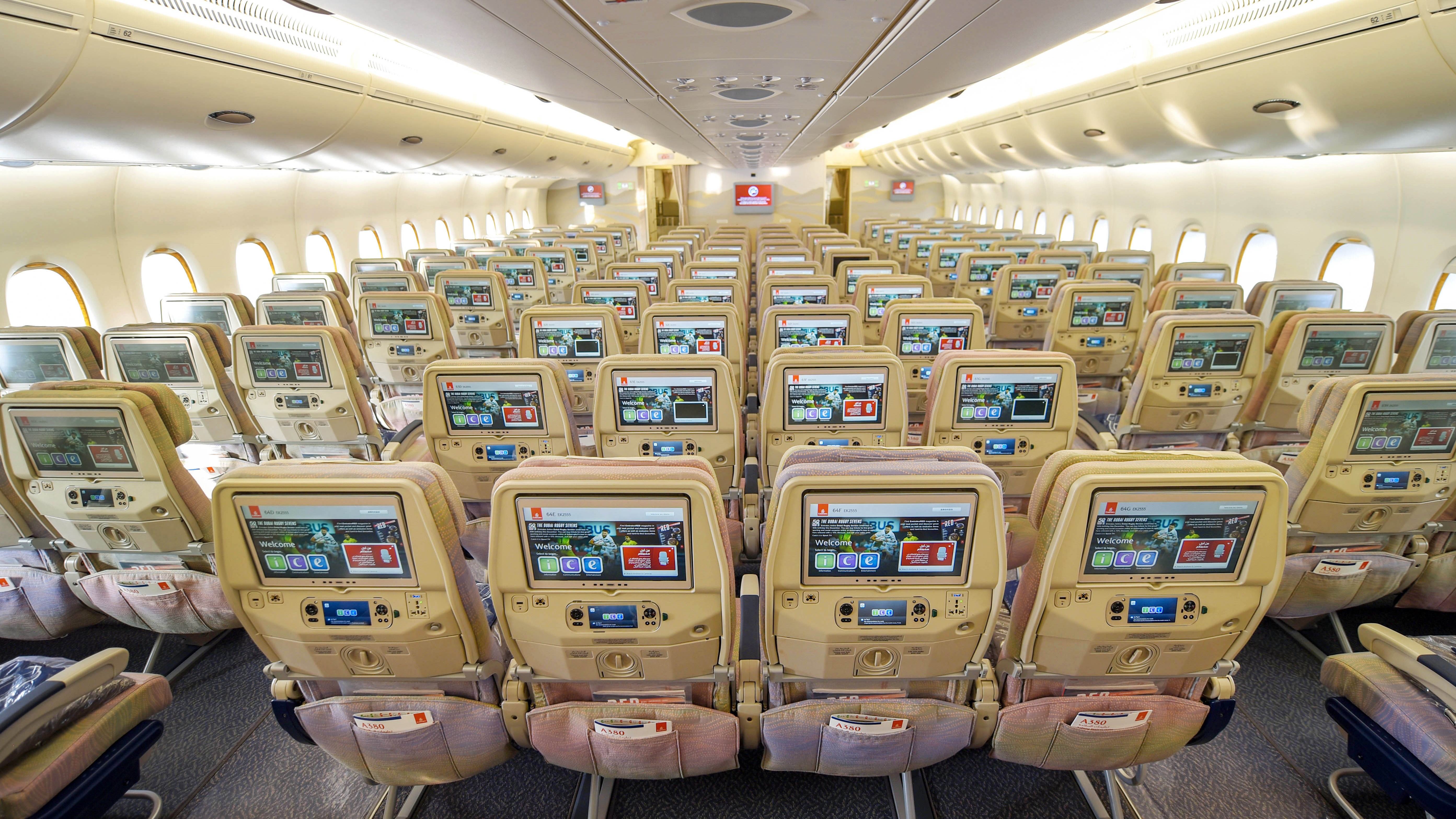 Dubai-based airline Emirates is celebrating 30 years since it first installed television screens in all seats, in all cabin classes, throughout its fleet.

It now has so much content on its ICE (Information, Communication, Entertainment) on-demand system that a passenger would have to fly from Dubai to Sydney more than 500 times to consume the whole library. The accumulated volume of content includes more than 3,900 hours of movies and television, and more than 3,300 hours of music and podcasts.

“When Emirates introduced personal screens on every seat back in 1992, it was considered a massive industry innovation,” says Patrick Brannelly, Emirates’ senior vice-president of retail, IFE (inflight entertainment) and connectivity. Brannelly had been recruited from the UK to manage inflight entertainment at the start. “Other airlines questioned the sense of this huge investment, estimated at about $15,000 a seat at the time.”

That $15,000 was spent on a system that had six channels. Brannelly’s team had three months to design the system, license all the content and produce videos. He says it was “a very exciting period”.

Are you listening? To radio, podcasts, streaming music? Join us in our next Online Briefing, Audio 2022 to discuss all things aural. Join us on Thursday, April 14 to debate all things aural.

Emirates was the first airline to put screens on every seat. “You have to remember, no customers were asking for personal TVs; they were happy with the overhead monitors, where everyone was watching the same movie,” says Brannelly.

He further explains: “The huge investment was tough to justify using traditional business methods. If the personal TVs were to drive loyalty, how can you measure that accurately? Especially in 1992, which was pre-internet.”

But there are other measures of success, and Brannelly says: “I recall seeing a memo in mid-1992, from our then group managing director Maurice Flanagan, to the Emirates leadership team, basically saying: ‘We may have struggled to formally justify the investment in TVs on board, but as I stood at the back of Economy cabin on a flight the other day and saw everyone watching TV, I realised we had made the right decision.’”

Emirates upgraded to ICE in 2003, when it launched video-on-demand and a more interactive system. “There was a convergence happening in the digital world, where entertainment, news and information and creativity were coming together,” says Brannelly. “Some called it ‘the new ice age’, and that was my inspiration for what we needed to do on Emirates. Before that, our system didn’t really have a name.” The magazine listing the inflight entertainment had been called simply TV & Radio.

Emirates went from licensing 10 to 15 films a month to well over 100 a month today. The modern systems can cost more than $10m per aircraft to install – and that’s before the cost of connectivity, interactive software and content licensing fees are taken into account.

Emirates licenses content from more than 40 countries. Brannelly says Hollywood movies are a perennial favourite, and that binge-watching TV show box-sets has grown “massively” in recent years. The content viewed varies according to the route and passenger demographics on each flight.

“Emirates has been a market leader in inflight entertainment for most of the past 30 years, and we intend to remain so,” says Brannelly. He admits that being a first-adopter can be tough, since other airlines may wait to buy the next generation of entertainment to leapfrog Emirates. “But we do not wait long to reinvest,” he says.

More innovations will be rolled out with the introduction of new aircraft from 2024 onwards. Emirates has said in a statement: “Large, ultra-high-definition 4k screens, with faster and improved wifi connectivity, are among the exciting developments Emirates has planned for its new-generation IFE systems that will be delivered with its future fleet on order, as the airline continues to improve its inflight offering.”