The campaign achieves two Guinness World Records titles, the longest live-stream (video) and the most viewers for a charity donation live stream on YouTube.

The World’s Coolest Winter campaign announced the successful completion of the Warm Winter initiative, by achieving its target after collecting donations worth over US$11 million allocated to more than 110,000 families in the Arab region and Africa, enabling them to overcome the harsh winter cold and secure their basic needs.

The successful campaign hosted by Hassan Suleiman “AboFlah” and organized by The Mohammed bin Rashid Al Maktoum Global Initiatives (MBRGI), in partnership with the United Nations High Commissioner for Refugees (UNHCR) and the Food Banking Regional Network (FBRN), achieved two Guinness World Records titles for the longest live-stream (video) and the most viewers for a charity donation live stream on YouTube.

Along the way, AboFlah recorded 268 hours, 14 minutes and 20 seconds of live streaming during 12 days, also the campaign has received the most viewers watching a live stream humanitarian campaign on YouTube, around 698 thousand concurrent viewers at the same time, reaching a total number of 163 million views through YouTube. The current longest live-stream (video), at 259 hours, 46 minutes and 45 seconds, is held by Chongqing Changan Automobile Co in China.

The Warm Winter initiative, in which YouTuber Hassan Suleiman, better known online as AboFlah, participated through a live broadcast, was launched on January 7, and received a wide-ranging regional and global response, as it garnered widespread sympathy and was embraced by hundreds of thousands of activists on social media. The number of donors reached more than 155,000 from 120 countries, with total donations worth US$11,053,174 to be provided as material aid to help 110,531 families. 3.8 million refugees in the region suffer from the cold of winter, storms and continuous rain, according to UNHCR statistics, in addition to millions of underprivileged 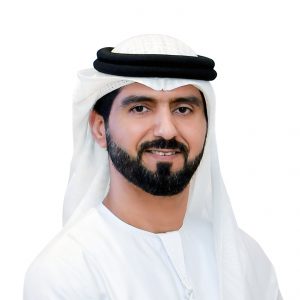 “No doubt AboFlah and his friends were happy to leave the glass box they called home for 12 days. they will be elated to not only have made this campaign a success thanks to their stunt but also set not one but two Guinness records in the campaign. Huge congratulations to everyone involved.

Their energy and passion have moved mountains and people, alerting them to the plight of the destitute and desperate this winter. The donations, which exceed the $10 million goals, will go to the humanitarian campaign, a partnership between the Mohammed Bin Rashid Al Maktoum Global Initiatives (MBRGI), the United Nations High Commissioner for Refugees (UNHCR) and the Food Banking Regional Network.” said Khaled AlShehhi, Executive Director of New Media and Visual Production at UAE Government Media Office.