You Tube star Hayla Ghazel: ‘a voice for our generation’ 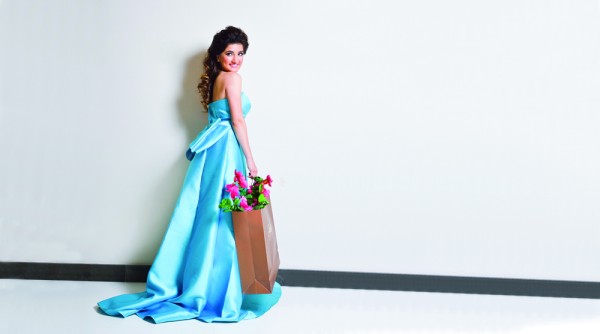 The Middle East’s female content creators are continuously pushing boundaries against cultural norms, but can they create real change for the region’s women?

Hayla Ghazal is one of YouTube’s biggest regional stars who can command an audience of nearly two million people just by doing her make-up for school. Elsewhere on her channel, she lets her sister do it for her, substitutes a lipstick for a crayon and mimics her mother’s awkward laugh when ‘someone breaks a coffee cup’ – all largely innocent scenarios.

However, from the very beginning the Dubai-based Syrian has been surely but subtly pushing boundaries. Just by showing herself uncovered in her personal space and even daring to speak her mind in a public sphere, Ghazal has become a leading voice for young female empowerment in the Middle East. Such is her influence – 633,489 channel subscribers and millions of video views – that she has been selected to promote gender equality and women’s rights on the United Nations stage this year as a regional youth ambassador.

“Girls in some parts of the Middle East are not usually encouraged to work or have a life goal other than just taking care of the kids, the kitchen, the house and your husband – that’s it,” she says during a diversity panel organised by Google in Dubai. “So I’m trying to change that and show there is nothing wrong with working as a girl. You can still achieve these life goals, but there are other more important things you can do and you are worth more than just that. A lot of people say to me ‘yeah you can work, but at the end of the day her place is the kitchen’ and that’s what I hope to change.”

Though women are becoming increasingly digitally-active across the region, with online superstars such a Dubai-based Huda Kattan emerging at every corner, they are vastly outnumbered by their male counterparts, as Edelman’s Ema Linaker recently told Campaign. Ghazal has likewise noticed a similar trend, saying: “There are a lot more males and a lot more males from Saudi Arabia, who make videos online, and fewer females. There are [female] presenters, but this is something some people are not very happy about; women who work in public in our society are sometimes looked upon negatively. And that’s why some parents won’t encourage girls to put up videos, which is why you don’t see many female Arabic-speaking creators.”

Ghazal, whose videos saw an enormous surge in popularity after she switched from English to Arabic, says that while her own parents have been supportive of her efforts, they nevertheless had reservations. “They were just concerned about the way society would treat me,” she says.

And while Ghazal’s videos offer no suffragette-style rallying cry for women’s rights, for some people her choice of filming location is somewhat groundbreaking when pitted against the media landscape. “It’s not very accepted to show the bedroom on television so they avoid it whereas I film everything in my room,” she continues. “When people look at a female TV presenter, they call her a presenter. When I’m presenting, I am a girl just like anyone else, so you have that difference. TV is quite professional, but when you have just a girl, you’re like her, so I’m just like anyone else who watches my videos. I think I relate to my audience a lot more, in that way I am pushing boundaries. I’m just chatting with you from my room.”

However, it is not necessarily men who find her daring approach shocking, especially her choice not to wear a headscarf. Discussing the comments on her videos from critics, Ghazal says: “I have a very large Saudi Arabian audience, probably 50 per cent, so they come from an even more conservative society than the one I do, so I get a lot of comments like ‘cover up’ and ‘why are you in short sleeves?’ Different societies. They still watch the videos, but they just have to put the comment out there. Most of the comments are from women and I do get a comment every now and then from males, but it’s usually from a female audience.”

For young Saudi women, the sight of presenters appearing uncovered on national TV would be unthinkable, especially following a Shura Council law banning women from “showing off their beauty” on air last year. There are taboos that just cannot be broken and seem unlikely to be broken at any time soon, as Samar Akrouk, group director of production at MBC Group highlights. “In terms of content creation, I don’t think there is anything wrong with respecting the traditions and content we have here and I don’t think it’s our place to place judgement on them. You can still have a message and be very creative and respect the culture and traditions here; it doesn’t always have to be about bashing the traditions.”

She adds: “I think our job in media is that you are creative and you push boundaries and you respect the local traditions, culture, norms and values that we have here. And I think that’s very important. So you don’t like to go into the bedroom in television. So what? We’ll go somewhere different. We’ll go into the kitchen. So long as our message is out there, we don’t have to go into the bedroom. Our responsibility is to make sure we get out the message and I think it’s our job to respect the values of where we live and our society.”

Cultural preservation is indeed important for the Middle East, especially one increasingly influenced by Western and overseas content. However, what YouTube and the internet do allow is liberation beyond just airing and sharing views in the form of financial emancipation. From gaining revenue from the videos to – as in the case of Ghazal – using it to launch a business, YouTube presents more avenues than in the messages alone. Ghazal herself frequently endorses the value of work in her videos. Describing Ghazal as a “voice for our generation”, YouTube’s head of partnerships for the MENA region, Diana Baddar, says: “I’ve met a lot of creators and I’ve met a lot of their fathers. There’s always that concern of ‘am I crossing the boundary of our society, of the limitations that we have set for ourselves, by allowing my daughter to have a voice and showcase herself?’ I think also what’s important is that these girls are literally building their business on a platform. They are bringing in revenue, using their skills and talents and also empowering other women to do the same. So we are seeing a rise in content creation in the region from females, but we will always need voices like Hayla’s to constantly push the message.”

And while Ghazal is able to use the relative freedom of the internet to her advantage, there is a reason why her videos are often of an innocent nature. Akrouk, reiterates her commitment to her message’s substance over its style. “In the end, you want to send a message” she says. “It’s not going to work if you just turn around and say ‘fight for your rights’. It’s still very new to us, so if I jump and be like ‘go to work’ people are not going to accept that. So you have to say it in a smart way so people will be accepting of the message.” Smiling, she adds: “Baby steps, but we will get there.”