TikTok’s popularity in the GCC continues to increase, a report by Anavizio

Regional influencers continue to grow their follower base, with Saudi Arabia and the UAE dominant although the most rapid growth comes from Oman and Qatar. 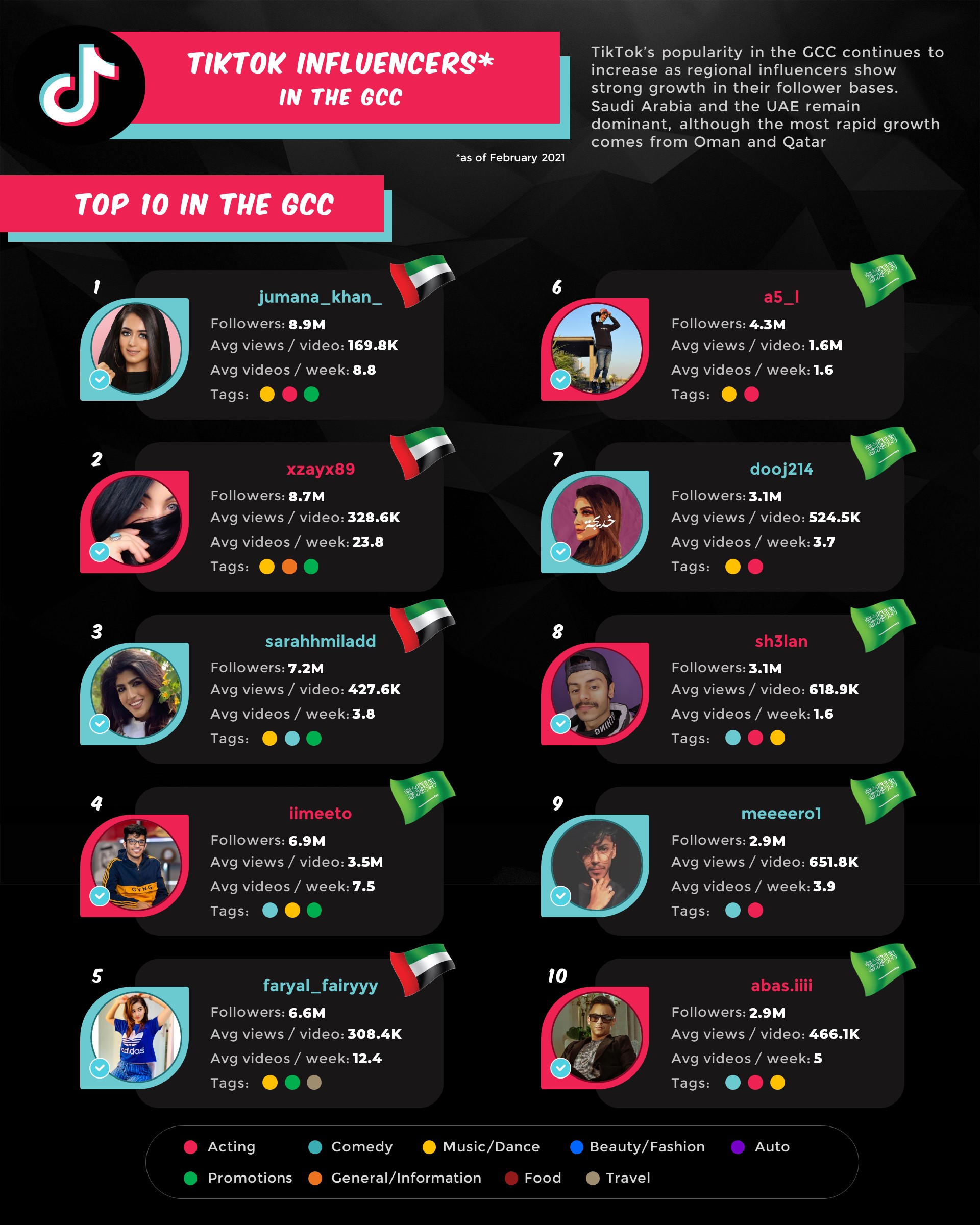 TikTok continues to grow at a rapid pace in the GCC, with the platforms’ top regional influencers having doubled their follower numbers over the past year. The cumulative follower total of the top 10 GCC TikTok personalities grew from 24.6 million at the beginning of 2020 to 54.6 million today, an increase of 120 per cent!

This rapid growth is also reflected in a dynamic and ever-changing influencer scene, with new personalities constantly emerging and significant shuffling among the top spots for each country.

Nevertheless, some things have remained constant. Influencers from Saudi Arabia and the UAE still dominate the regional top 10 while UAE-based Jumana Khan (@jumana_khan_) retains the number one spot with 8.9 million followers.

However, the strongest growth in percentage terms comes from Oman and Qatar, where follower numbers among the top three influencers grew by an incredible 674 per cent and 658 per cent respectively. 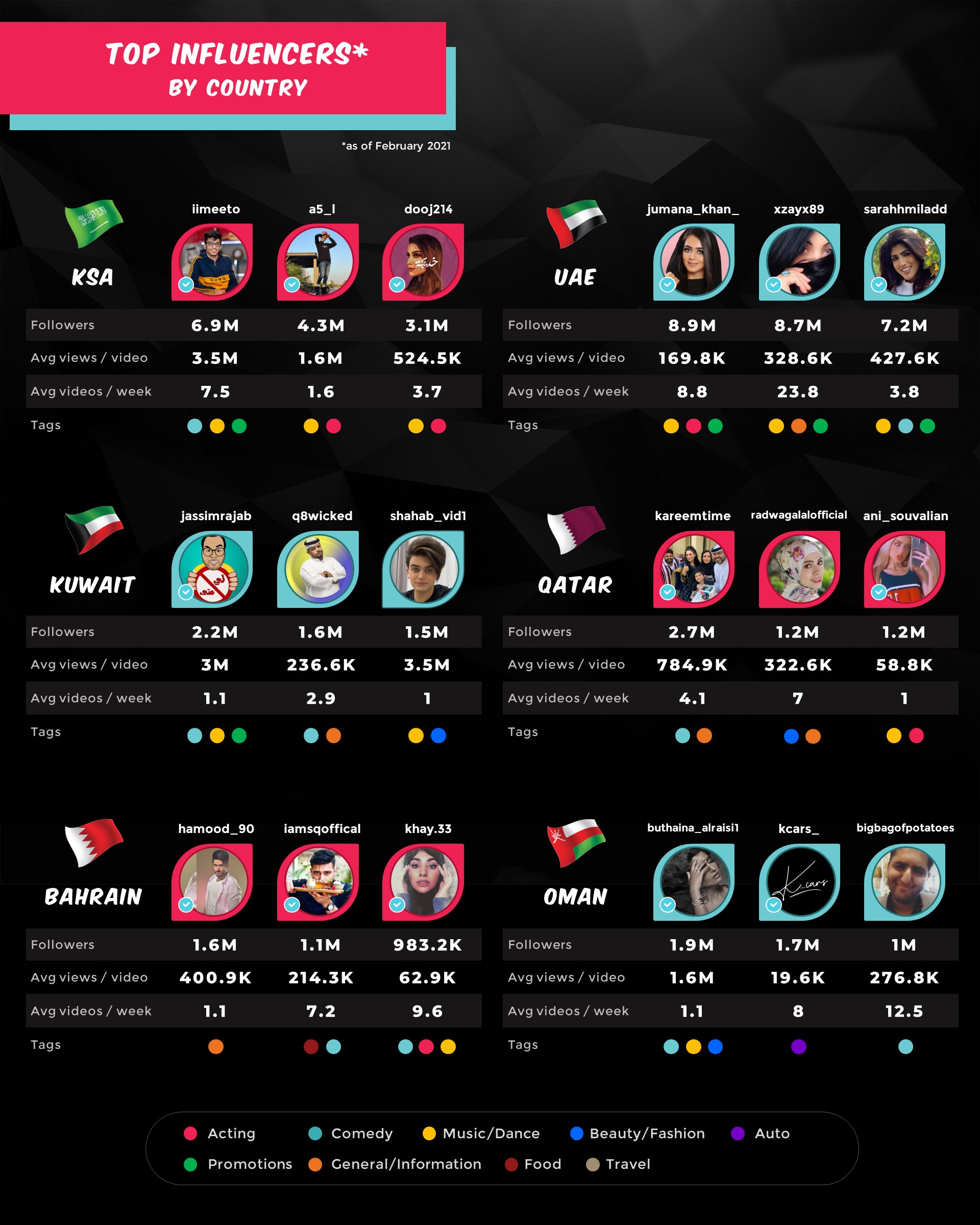