The necessary demise of the creative team 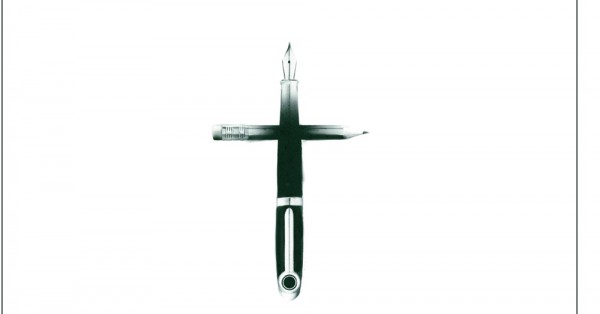 Bill Bernbach came up with a great idea in the 1950s: to pair up words with pictures. But as our industry has changed so much since then, why has this set-up remained the same, Jonathan Burley asks

Let me begin with one simple, inarguable fact: I admire Jim Bolton. I have known the man for nearly a quarter-of-a-century and he has been my dearest friend and creative partner for the past 12 years.  He is the yin to my yang, the Eric to my Ernie, the shish to my kebab. We smoke the same delicious brand of cigarettes, watch the same Netflix boxsets rage against the same idiotic politics. We both share a very white, very middle-aged appreciation of old-school hardcore hip-hop but actually prefer listening to The Rolling Stones or even (don’t tellanyone) Cat Stevens. The only two things we strongly disagree on are what is a sane amount of money to pay for a haircut and whether Miranda Hart is a comedy genius or about as amusing as final-stage pancreatic cancer. To all intents and purposes, we are, Jim and I, simpatico.

If delight and surprise are two of our most potent creative weapons as an industry, I reluctantly have to admit that, while Jim and I very often delight one another, we perhaps rarely startle one another with an idea we’ve had. Not because we are dusty old farts who are a little bit rubbish at ads these days, but simply because I believe that the familiarity that develops between the two members of any creative team has a tendency to breed content. The many years they spend working together produce a very strong shared executional taste and an instinctive one brain shortcut to a creative solution.

And therein, I suggest, lies the issue.

Bernbach Was A Very Long Time Ago

When William Bernbach had the clever idea in the late 1950s of pairing up words with pictures, our advertising world was a very different place indeed, daddy-o. The reason why the art director and the copywriter had such defined roles in the first place was because the primary channel for advertising was print-based and blurring the lines between the two disciplines was a proper act of ad genius. Two heads are better than one and all that. More than half-a-century’s worth of wonderful ads ensued. Nice one, Bill. Good work.

But we have all moved on a wee bit since then, haven’t we? Much as I love a great poster or a clever press ad, the printed medium is no longer the primary, secondary or even tertiary creative product of any modern agency. Yes, we still make great posters. Yes, we still make clever press ads. We also still make fabulous television  commercials (for those of you too young to be aware of such things,TV commercials are ‘content’ but with far bigger budgets and seen by many, many more people) and even pretty decent radio ads when we can be bothered.

But, additionally, we make hoverboards, glow-in-the-dark paint, dancing traffic lights, shark-unfriendly buoys and Christmas gravel gift bags. We make all kinds of cool stuff, all the time and very little of it would necessarily demand the traditional combined talents of a copywriter and an art director. So why do we persist with a creative team model that is nearly 60 years old? Why two creatives at all?

In the 1985 coming-of-age movie The Breakfast Club, five American high-school archetypes – The Jock, The Princess, The Rebel, The Geek and The Freak – are thrown together during Saturday-morning detention and spend the rest of the movie bickering, smoking, generally pissing about and finally copping off with one another. I love this movie nearly as much as I love Jim, although my deep affection for it belies my age even more vividly than the increasing grey in my scruffy beard.

There are many reasons for my fondness but, for the purposes of my argument, let’s pretend that one of them is the underlying theme of the movie film-in-group bias. According to the psychologist David Myers (no, I don’t read books on psychology; yes, I Wiki-ed the hell out of this), in-group bias is the tendency to favour one’s own group: “In high schools, students often form cliques – jocks, preppies, stoners, skaters, gangsters, freaks, geeks – and disparage those outside their group.”

The Breakfast Club, as well as featuring some horrific choreographed dancing scenes and a double dose of Simple Minds’ Don’t You (Forget About Me), is a narrative of what happens when representatives of five different cliques are forced together to create a new one. And it is this concept of forcing new cliques, with surprising, original trains of thought and unexpected behaviours, that excites me.

A few years ago, I found myself faced with a looming pitch date and no creative route to present. The brief had pinballed its way through pretty much the entire creative department without joy and, with three days to go, Goldie’s increasingly regular “when are we going to see the work, hon?” emails were beginning to make me spin out. And so, out of sheer panic, I inadvertently called my first-ever Breakfast Club.

Early the next morning, five of us – myself, Jim, Dan Fisher, Rick Brim and Micky Tudor – got together in a nearby greasy spoon to gather around bacon sandwiches and the brief. Two hours later, we had (in my ever so humble opinion) cracked it – not once, not twice, but four or five times over. Without the in-group bias of the traditional creative duo, without the stereotype that comes with years of entrenched one brain shared executional taste, the ideas that came out of that disparate group were ambitious, vibrant and, above all, really very unexpected, indeed.

I had worried that this first Breakfast Club would be not dissimilar to a small, creative version of the dreaded advertising brainstorm, where every biffa in the room shouts out random ideas and sets of words that they hope will answer the client’s brief without making them look too stupid.

What I hadn’t taken into account was the wonderful, straight-line selfishness of your typical advertising creative: their somewhat base desire to do nothing more than come up with an idea that will win them awards and get them a pay rise. As such, there is a delightful recklessness that comes when you put four or five creatives in a room, give them a couple of hours to get to their destination and take the brakes off, especially if you include the creative director as an airbag. No politics, no pressure, no ‘will they buy it?’ – just the giddy joy of coming up with brilliant new ideas that no-one has done before.

We didn’t win the pitch. The work the client eventually did choose to run was unambitious, painfully dull and incredibly familiar. Whatever. No great loss. The real victory here was accidentally discovering a new way for my creative department to work together.

We Are All Swingers Now

Feeling perhaps just the tiniest bit Yoko Ono about it all, at the beginning of this year I gathered my creative department together and informed them that I was breaking up their bands. The decision to dissolve so many long-standing creative relationships in order to create a more fluid, reactive and surprising creative department was not taken lightly but nonetheless had a strong feeling of inevitability about it.

Over the past 18 months, we had been using the Breakfast Club format with increasing regularity – sometimes out of expedience but, more often than not, just for the sheer fun of gathering a random group of bright creatives around a problem and letting them slip the leash. And the teams were starting to form their own Breakfast Clubs without being asked. The only reason it took so long to formalise was because of the agonising amount of time I had to spend working out the mechanics of the new creative process with John Hodges, our head of creative services. I could share this new process with you, but you would quite reasonably want to hack off your own ear from boredom if you had to read about it here. If you’re really truly interested to know about it, give Hodges a call. But don’t you dare yawn while he’s explaining it to you; he’s got fists like tinned hams and Cujo-like intolerance levels.

I won’t try to claim that we are the first agency to try something like this; 18 Feet & Rising is an agency that has championed the idea of the creative single from the start, although I believe its methodologyis somewhat different to ours. Its recently departed creative partner, Matt Keon, had a rather wonderful analogy for the difference between a traditional creative department and an agency consisting of creative individuals. He compared the former to a cruise filled with old married couples finishing each others’ sentences before lapsing into a usually companionable but occasionally grumpy silence, and the latter to more of an 18-30 singles holiday, with everybody wildly partying. I can’t speak for you, but I know which department I’d rather work in.

Currently, we are all happily swinging away here at 7 Rathbone Street, and the many-partnered promiscuity of my newly reconfigured creative department is a delightful thing to witness. However, this is a way of working that suits our very particular restlessness and our very particular creative ambition, and I appreciate that it will not be to everyone’s taste – there will undoubtedly be many excellent creative teams who will think I’ve totally lost my mind in doing this. Fair dos; our new system requires a willingness to financially invest in a diverse creative department and a healthy disrespect for the way things have always been done. And I wouldn’t dream of suggesting that everyone should immediately follow my lead and part with their beloved Jims in favour of want on creative gang-bangs.

Jonathan Burley is the chief creative officer at CHI & Partners