The allure of the boutique 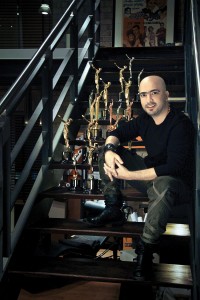 “If you don’t like what’s being said, change the conversation” – Don Draper, Mad Men

Radical change has been feeding industry doomsayers with worst-case scenarios.The end of the Mad Men era set the scene for a fierce face-off between the ‘gameoverists’, as referred to by an industry peer in his Campaign column and those holding on to the old reigns of advertising. Budget cuts and restructuring have dishevelled multinational operations. The rise of data is stunting, rather than driving, the growth of creativity. The ‘Uberisation’ of the agency model is powered by independent content creators. A knowledge-sharing industry is emerging on the back of free-floating talent. Tech companies are threatening to cut out the middleman – the media agencies, that is – as they lead the next wave of industry growth. In turn, these are threatening their once partners, the ad agencies, to cannibalise a tech and data driven industry as Campaign perfectly put it in its article ‘Do media agencies think they are creative agencies?’

The existential crisis of creative agencies is growing severe as their roles and remits are diluted.

The whiskey drinking, office smoking and poetic-pitching days are over; new power players would so confidently assure you. Multinational agencies that have thrived during these days and gradually built ever-complex structures and hierarchy levels to justify exorbitant retainer fees and massive client budgets are fighting an uphill battle on all fronts; their very modus operandi, business models and revenue sources are being challenged by undercutting, agile players. What has the glorified era led ad agencies into? Huge buildings, departmental silos, massive overheads, rigid boxes of creative restrictions, bureaucracy bungles, increasingly long titles – with business cards to boot – and less face time with the client. There are nearly four positions and titles for a one-person job – nowhere more evidently than the occasional layoff binges agencies seem to ever more frequently indulge in nowadays. The ‘multinational’ syndrome has been creeping into this very region ever since global conglomerates bought their share in emerging local agencies; endless restructuring efforts that are, allegedly, aimed at efficiencies and all-encompassing solutions for clients.

While advertising agencies busy themselves in their internal restructuring, media agencies have prime-positioned themselves as leaders of the agency model, armed with ever-expanding technical jargon like a ‘holistic approach’, an ‘integrated campaign’, a ‘360 on-the-ground’ activation as well as viral hyper-market inter-galactic time warp intervention. They come into the pitch room with countless studies and 200-slide presentations attempting to convince the client of ambiguous demographic readings and projections. The research is not customised and is indiscriminately recycled for every client. This off-the-shelf approach has become the standardised process by which client-relations has come to be defined. In essence, we are left with an industry that fails to simply translate the client’s needs into campaigns that speak directly to the consumer. We forget we are all consumers and the job at hand needn’t be dictated by numbers and graphs but rather through the lens of real humans; a part of the service that the industry sadly sidelines.

While smartphones have taken over from attractive assistants and never-ending internal meetings have replaced afternoon lunches, the only constant that remains is what matters most; the core business and the execution of successful campaigns. The conversation about the problems of the ‘big guys’ does not need to resemble a dystopian novel from the Middle Ages. The Mad Men era used to present clients with experts in their respective fields. Now we offer a jack-of-all-trades and the small agencies have a chance to rectify this.

Despite this, the big agencies still offer a deep-rooted culture and history that often spans generations across regions. So much so that it would also be difficult to say the Don Draper era is no longer. But without this desensitisation, smaller and specialised agencies wouldn’t have been able to flourish and fill in the gaps left by the over-worked big agency guy who is more concerned with the collective portfolio and his company’s bottom line than his client.

Boutique agencies by definition offer the client a much more personalised experience, a dedicated team and a committed directive that means there is no standardisation of work. While the offices may not be decorated with campaigns from the 1950s and do not tower over city centres, what the client finds instead is exactly what the Mad Men era offered. A team of specialised individuals rather than a team of mass produced ‘do-it-alls’.

The client sees the agency as a person, a face, a voice, not business cards wedged in the pockets of expensive black suits. They are often more willing to take a risk on as well as with the client. The agency becomes invested in the client’s interest, which unsurprisingly produces unrivalled results. Furthermore, boutique agencies offer creative and financial efficiency while the client is spared the cost of rising overheads and dogmatic bureaucracies, which come with the big guys. On the creative level, while working closely with each other, the harsh line that separates them is erased, giving birth to a new partnership that is based on understanding the core of the brand.

Nonetheless, small agencies have an extremely difficult balancing act to play. Success is based on the ability to balance flexibility and offer fresh ideas. Multi-tasking and the pooling of knowledge is important, although the small agency must continue to offer the client an expert for each aspect of the relationship. Undoubtedly, account directors may find themselves exposed to the social strategy while an art director will assist with information architecture. But the important thing is that each team member remains focused on the client’s goals and not necessarily the defined role of the person. Flexibility is key to success in the industry and, if small agencies ensure this philosophy is embedded in everything they do, the ‘big guys’ may find themselves reverting back to the Mad Men era of experts, minus the cold Hendricks just before lunch.

Boutique agencies bring something new and much needed to the table, bringing clients the best of both worlds: a pool of free-spirited, innovative creative talent and experts under a disciplined structure that remains focused on business objectives. While many clients have considered redirecting their work towards independent freelancers, the dependence on these is difficult to emulate in the Middle East; a reality that is largely owed to the unreliability of regional free agents. Their commitment to timely delivery is compromised by their pursuit of too many projects at once and in many instances for competing agencies and clients. Their inflated fees and rates offer little competitive edge against cheaper and more competent talent flocking from other more developed markets.

Therefore, it is important that the boutique agency is the one that chooses the client to ensure it is able to deliver and that the team does not fall into a cycle of forced and uninspired deadlines that often materialise into something that is about as creative as a Soviet army campaign.

Additionally, the nature of boutique agencies is to become a melting pot of inspired talent. The freedom, experimentation and flexibility they offer will help develop a creative generation committed to personalised solutions that reflect the changing landscape of advertising. They offer structured opportunities that will transform the informal creative market and allow the region to, once again, become home to a pool of talent able to help clients continue their conversation with consumers – despite the rapid changes that some of the big guys have failed to keep up with.

So maybe the Mad Men era has not disappeared after all. And maybe this generation come in jeans and converse rather than pin-striped suits and Tod’s. The big guys are left with no option but to embrace the freshness of the traditionalism offered, the return to client-focused relations, the importance of inspired teams and the efficiency on all levels required to deliver success.

Whatever the big agencies decide to do and however they decide to rid themselves of their old habits, they will soon realise that the freshness offered by young and small boutique agencies is contagious. A personal and dedicated approach was the making of the big guys and, ironically, it seems that the same philosophy is now posing their biggest threat.

The growth of big advertising may not mean the big guys will change their ways, it does mean though that boutique agencies are able to take a proverbial slice of the increasingly bitter pie that has become the industry and add some sugar to sweeten it up.

(Obeida Sidani is co-founder and design principal at Les Folies)

Digital Essay 2019: A customer journey is not complex; your tech stack is, by Adform’s Pawan Setpal

Digital Essays 2019: AI should not be a black box, by Todd Tran, Teads