TechVantage launches in the Middle East

The advertising technology platform The Techvantage will bring to the region Adludio (which The TechVantage explained means “to play” in Latin), which uses mobile-ﬁrst technologies to engage users’ senses and create memorable brand interactions. 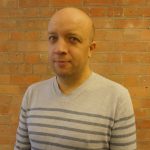 Paul Coggins, CEO of Adludio, said: “With increasing interest from the Middle East for cuttingedge and leading technologies in advertising solutions, we felt the time was right to enter the region and showcase the range and depth of our portfolio. Appointing The TechVantage is the right move for us; they are an ambitious, hungry and driven partner, and we’re supremely conﬁdent of sustained success in the market through our association with them.” 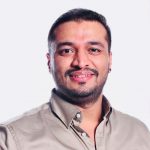 Gagan Uppal, director of partnerships at The TechVantage, added “Adludio is one of the world’s leading ad tech platforms, with a proven track record in other markets. After consultation with key agencies, we felt the appetite was right for this solution to be brought into the market. We’re delighted to be handling Adludio’s business in the Middle East and offering their award-winning ad solutions in the market. It’s an exciting platform with a wide range of possibilities.”