The experiential bar & food hall, Social Distrikt, has upped the ante for any and all grand launches to come with the release of 150 non-fungible tokens (NFTs) to celebrate its opening that took place on the evening of 11 January 2022.

Social Distrikt’s NFT invites took social media by storm causing a successful domino effect with Dubai-based personalities who were awed by the one-of-a-kind campaign that smoothly incorporated modern-day blockchain data, offering them an in-to the cryptocurrency world. Each NFT was personalized for its recipient with a digital illustration of themselves. Guests received an invite with a QR code that directed them to their unique NFT, along with instructions on how they could claim their NFT. On the day of the launch, a live graffiti artist created a mural on the walls of the venue that brought together all of the illustrations curated for the One Big Gathering launch. 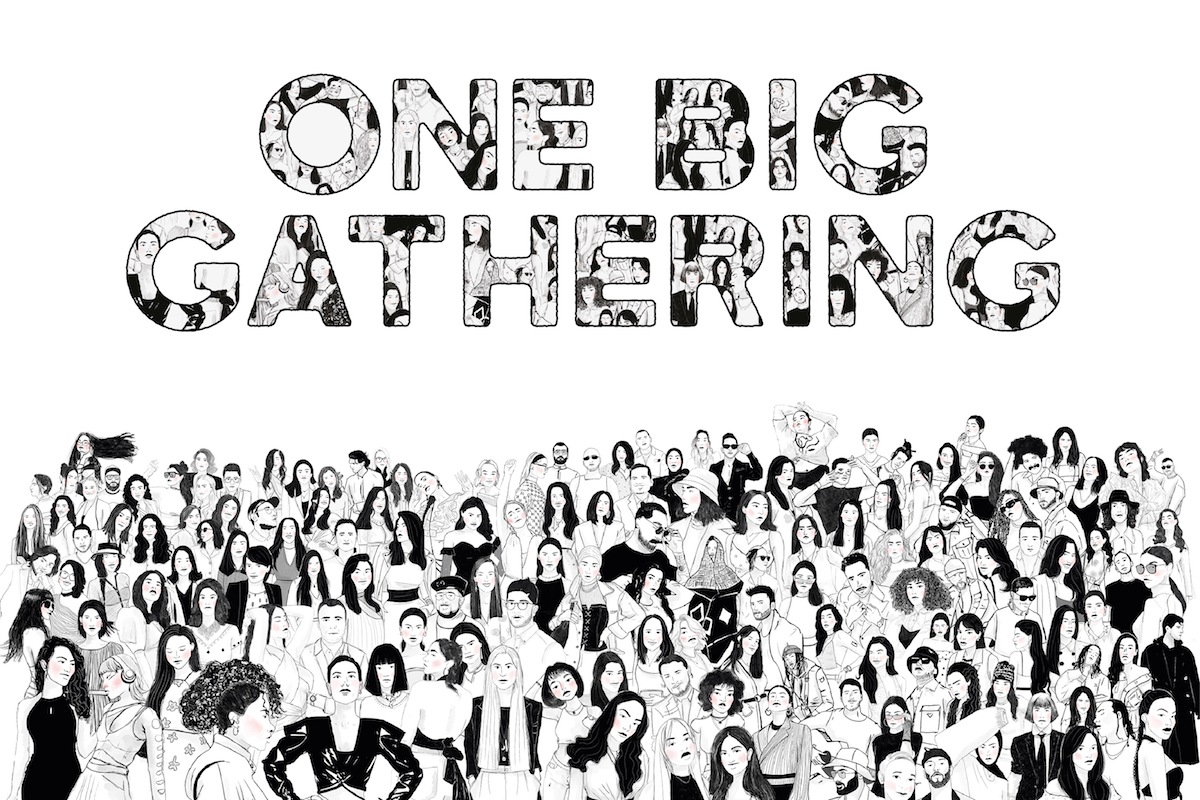 Gerard Roxas Rechdan, Creative Director, Limestone Lab says, “We, at Social Distrikt were keen to launch the venue with a disruptive concept that perfectly represents our brand. The cryptocurrency world is rapidly growing and on everyone’s radar, so we wanted to offer our audiences an into this universe with a personalised NFT that they could claim as their own.”

The new dining concept, based at The Pointe, Palm Jumeirah, officially welcomed over 400 guests, including representatives from key regional publications, leading social media stars, food enthusiasts, music artists and creatives from different backgrounds for its ‘One Big Gathering’, in celebration of the launch.

The opening night was filled with experiences from 8 pm until late, which included tailored activations showcasing the various amenities, F&B and retail outlets available under one roof. Dubai-based DJ, Producer, and Radio and TV host, Jack Sleiman kicked off the event with his first-of-many ‘Social Talks’ episodes – a podcast run entirely at the live radio station situated on the lower level. Skilled artists broke into an impromptu runway show, strutting across the space while representing Social Distrikt’s multiple cuisines and offerings, followed by an animated dance and gymnastic performance.

Magician and mentalist, James Fabulous fascinated guests with his magnificent riddles and tricks through the night, while a graffiti artist amazed passersby with the creation of a live mural. Bringing the concept of ‘One Big Gathering’ to life, the artwork highlights faces of guests that will stay on the walls of Social Distrikt. The evening ended with a stellar performance by award-winning artist and musician, Abri who swept the crowd off their feet with tunes and covers.

“We are so excited to finally open doors to the public. The team at Limestone Lab has been so supportive and eagerly contributing to every step since the concept’s ideation, all the way to seeing it all come to life last evening,” says Hassan Ballout, Co-Founder & CEO, Limestone Lab. “We’re extremely grateful to be working with our creative partners for such a successful launch and particularly thrilled to have been able to execute the NFT activation, offering our audiences a peek into the cryptocurrency world. We, at Social Distrikt aim to attract an urban and contemporary audience, and the launch event and activations perfectly align with our ethos and the current times.”

With ‘entertainment’ and ‘experiences’ is at its core, Social Distrikt aims to be a space for all – a social space catering to consumer needs and welcoming different brands with the same objective at its core. This is reflected by the facilities available to visitors, including a VR gaming corner by Robocom, a vinyl record station by Raw Music Store and a retail space by FLTRD, with more concepts to come.

The immersive dining hall has revealed its plans to launch various themed nights and events throughout the upcoming year, featuring a variety of entertainment evenings, events, and activations, from standup comedy, game nights and sunset art workshops to brunches, movie nights, book clubs, and more. The venue will also act as a space for digital nomads to work from, with various packages expected to roll out soon.