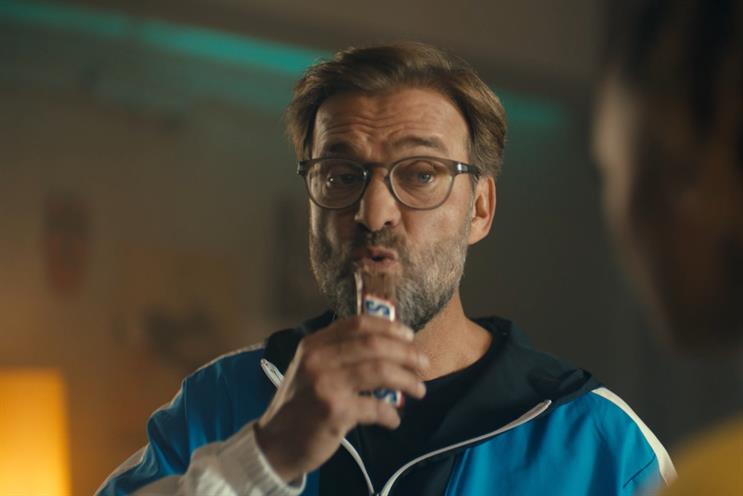 It is a painful time for fans of Liverpool FC – and they are unlikely to be amused by the latest ad for Snickers, featuring the club’s manager Jürgen Klopp.

Created by BBDO Düsseldorf, the spot shows an irate Klopp playing a game of table football with three considerably younger friends. “3-5-2? Nobody plays that way any more!” he bellows at the table.

But it then transpires that like Mr Bean and Elton John before him, Klopp is actually an ordinary teenager suffering from hunger – for which a Snickers bar is the solution.

It was created by Kristoffer Heilemann, Michael Plückhahn, Rod Henriques and Henrik van Laak, and directed by Lena Beug through Cobblestone, Hamburg. BBDO Düsseldorf is located about 60km away from Klopp’s former club, Borussia Dortmund.

“Jürgen brings the same energy and passion to the Snickers campaign as he would to a top of the table clash, and that’s why he is the perfect person to front the next instalment of our hugely popular ‘You’re not you when you’re hungry’ series,” Kerry Cavanaugh, Mars Wrigley UK marketing director, said.

The ad was filmed in 2019, before the Covid pandemic, and when Klopp’s currency in the world of football could not have been higher – Liverpool had won the Uefa Champions League that year, and were en route to their first English league title in 30 years.

But Klopp’s short temper looks rather different under current circumstances. The Reds are 19 points behind Premier League leaders Manchester City and have lost four consecutive home games (including against both City and local rivals Everton) – the club’s worst run of form at home in the league since 1923.