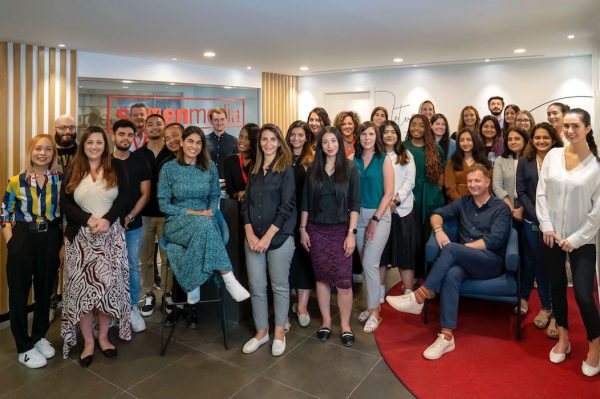 Seven Media has won the PR Week Middle East Agency of the Year at the global awards held at the JW Marriott Grosvenor House Hotel – with thousands of media’s biggest names in attendance.

Founded and owned by Matt Slater and Gregg Fray, Seven has a team of more than 150 people across the UAE, into the MENA region and at key global offices in Europe, North America and the Far East.

Seven was also recognised by the panel for the outstanding work they have done in nurturing talent in the UAE and GCC along with campaign work across the public and private sectors.

Fray said: “As an independent agency Seven Media has the chance to disrupt – particularly given the rapidly-changing media landscape we’re operating in –to be named among the world’s best in the business is proof that our team are doing exactly that.

“The judges recognised excellence in results across campaigns that have an impact on societal issues as well as promote brands and commercial entities, as well as the breadth of skills in the team – from stellar creative and world-class in-house video production to impeccable media relations.”

Slater added: “Our growth, client and staff satisfaction and retention speak for themselves and the PR Week Global Awards accolade gives a real boost to all of our team and clients alike.

“We are really proud to take the award back to the Middle East and especially pleased that a home-grown company beat off competition from the networked agencies from across the globe.”