Her Excellency Sarah Al Amiri, Minister of State for Advanced Technology and Chairwoman of the UAE Space Agency has been named as one of Time’s 2021 list of the Next 100 Most Influential People in the World for successfully leading the UAE’s Hope Probe into Mars’ orbit, in the first-ever Arab interplanetary mission.

The 2021 Time100 Next list, which celebrates 100 emerging leaders who are shaping the future of entertainment, health, political and business among other fields, named Al Amiri for her widely-celebrated role in the historic arrival of the Hope Probe to the Red Planet’s orbit that placed the UAE as the first Arab nation and the fifth in the world to reach Mars on Tuesday, Feb. 9.

Leading the UAE’s rapidly-growing space sector in her early 30s, Al Amiri joins 54 women in Time100 Next list whose prominent roles in bringing hope to their communities are celebrated amid the worldwide disruption caused by the outbreak of Covid-19.

Al Amiri joined the ‘innovators’ category in this year’s list for heading the sustainable Hope Probe that was manufactured and developed six years, in half the duration and cost of conventional Mars missions, to benefit humanity with new Mars data.

As the deputy project manager and science lead of the Emirates Mars Mission, Al Amiri headed the team, of whom 80 per cent are women, through the challenging journey of building and launching the first Arab spacecraft in collaboration with international universities. The team, under her leadership and guidance, defied the rising challenge of successfully launching the probe from Japan in July 20, 2020, amid the Covid-19 outbreak that posed closures to international airports and ports.

In addition to her work in sending the Arab world’s first spacecraft to Mars, Al Amiri is now ahead of bigger missions: to lead ambitious space and technology projects that contribute to the UAE’s bigger goal in establishing a knowledge-based economy. A lunar mission in 2024 and plans to build a human settlement on Mars by 2117 are among the ambitious projects that await the young minister who’s looking to promote research and development to create new industries as part of her role.

On her selection, Al Amiri tweeted, “Thanks to @TIME for naming me on their 100 Next list, it’s a mark of recognition I accept on behalf of the entire Emirates Mars Mission team, many of whom deserve the accolade a great deal more than I.” 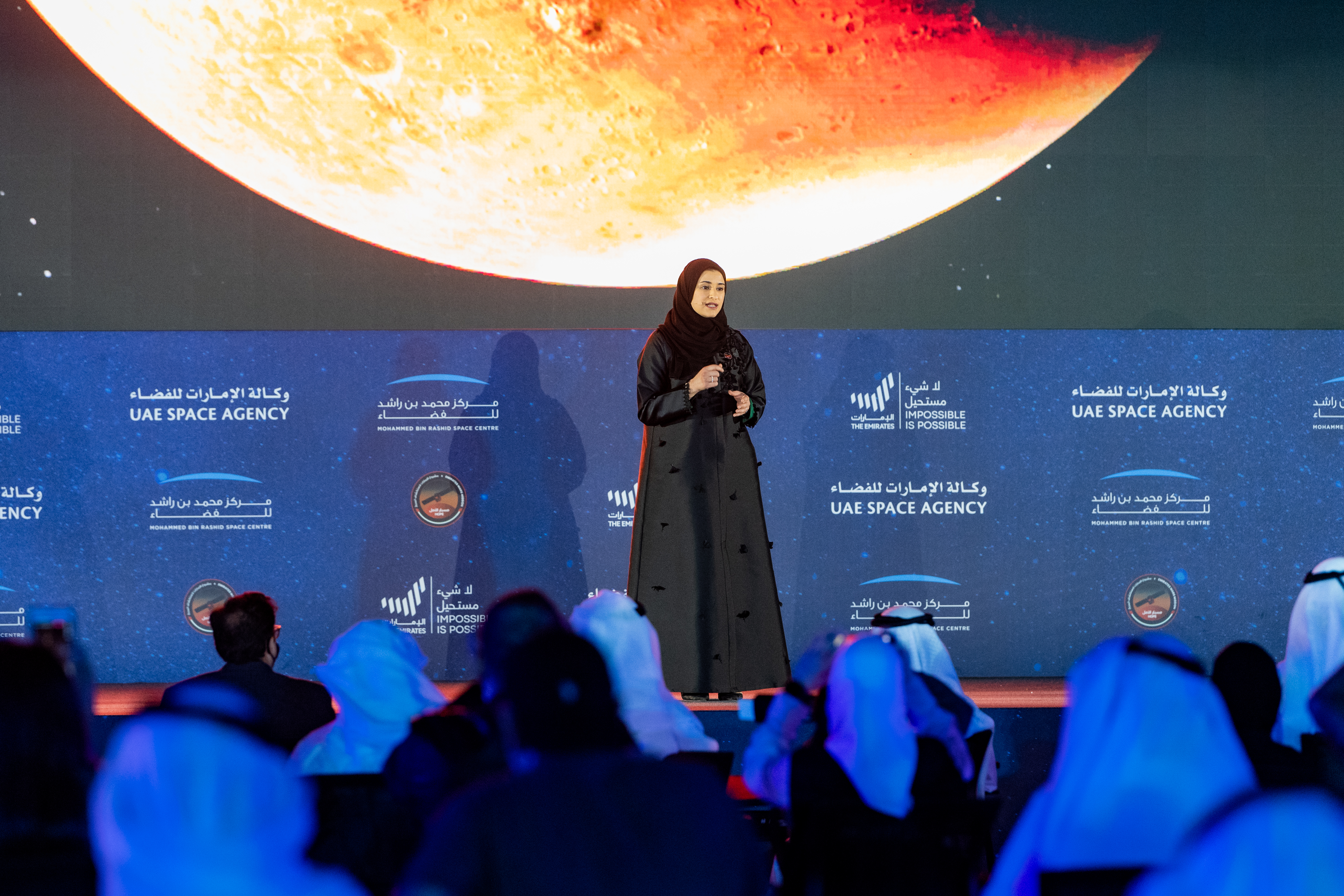 Since she graduated with a Bachelor’s Degree in Computer Engineering from the American University of Sharjah (AUS) in 2009, Al Amiri joined the Mohammed bin Rashid Space Center – then called the Emirates Institution for Advanced Science and Technology (EIAST) –as a program engineer for two years.

In 2014, she led the establishment of the Advanced Aerial Systems Program, where she championed development efforts on a prototype High Altitude Pseudo-Satellite. The project resulted in a successful 24-hour flight of the unmanned vehicle, which recorded the highest altitude of any aircraft over UAE airspace.

Al Amiri obtained her Master’s Degree in computer engineering in 2014 from AUS, while heading the Space Science section at Mohammed Bin Rashid Space Center, where she set up the research and development unit.

In 2015, the World Economic Forum honoured her as one of its 50 Young Scientists for her contributions to science, technology and engineering.

She was also invited by the World Economic Forum to speak at Davos 2019 and became the first Emirati citizen to speak at an international TED event in 2017.

Most recently, she was selected in the BBC’s 100 Women 2020, a documentary that highlighted women leading change and making a difference during last year’s turbulent times. 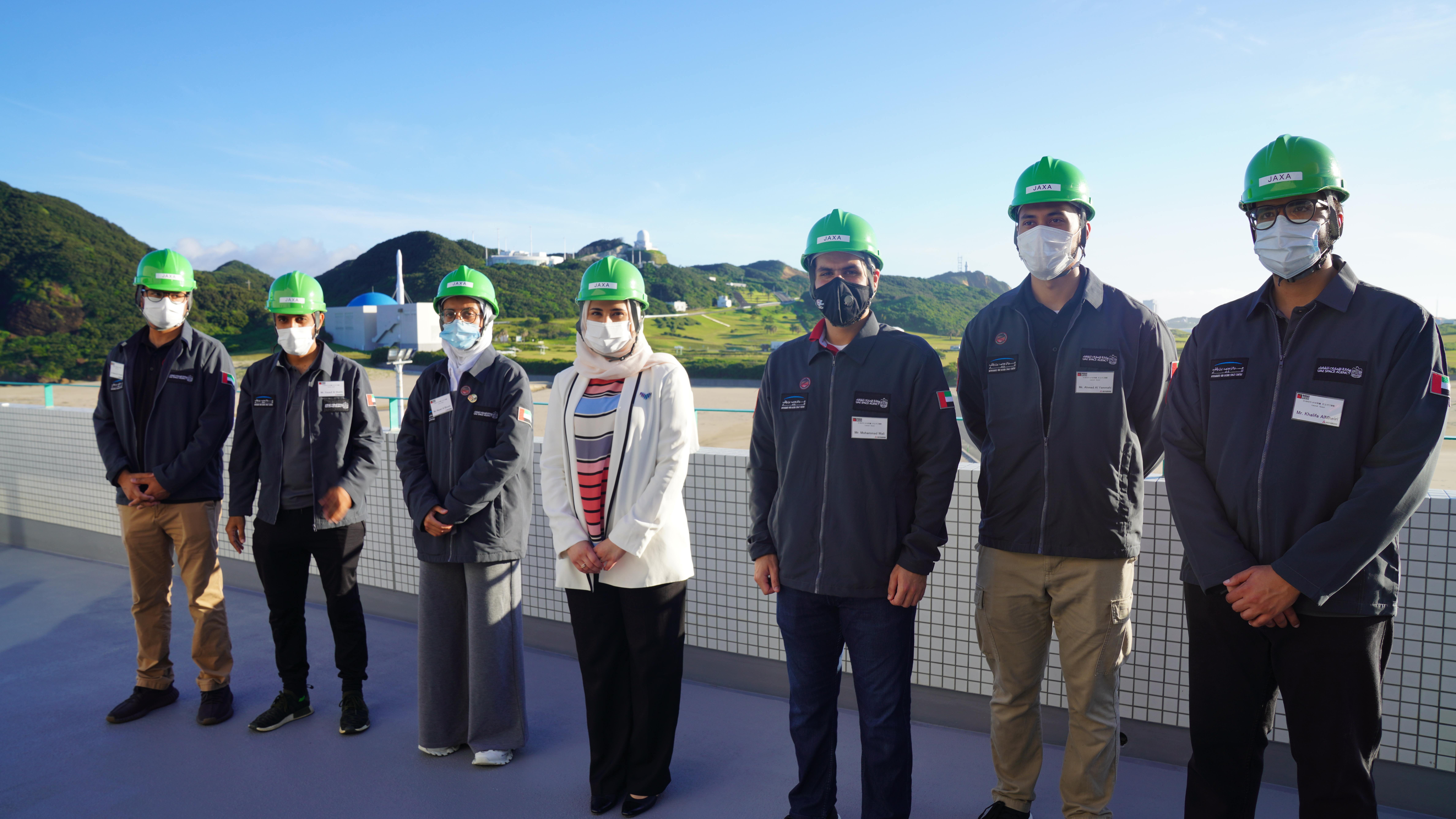