“There was a time, not so long ago, when industry experts predicted 2011 would be a time of greater stability for the region.  The worst effects of the global economic meltdown seemed to be behind us, the market was back on track, and clients were starting to murmur about increased budgets.  The experts used words like ‘renewal’ and ‘rejuvenation.’  They said it was time for change.

Well, change is what we got – an unstoppable, unpredictable tsunami of change; an ‘Arab Spring’ that caught the world unprepared and left those self-same ‘experts’ temporarily lost for words. The only thing that seemed certain was continued uncertainty.

But that didn’t stop industry speculation.  Everyone has their opinion about how the revolutions will affect the media landscape. Unfortunately, many are using old models to analyse new and completely unprecedented circumstances. Even the phrase ‘Arab Spring’ is seven years old, borrowed from politicians who speculated that the fall of Saddam Hussein would have a domino effect, ushering in more democratic regimes. They were wrong then; just as many of their hypotheses about the region are wrong now.

There’s an Arab joke that Westerners don’t understand the weather in this part of the world – for Arabs it is always either summer or winter. But we Arabs are also struggling to understand the current climate, and many industry myths have sprung up about the impact of the Arab Spring.  I’d like to look at a few:

Myth one: The myth of the ‘social media revolution’ – and its impact on advertising dollars. No one can deny the dramatic role social networking played during the revolutions.  But don’t believe the hype about the democratising power of Facebook and Twitter. And don’t ramp up adspend on digital simply because it caught global headlines. Media channels don’t start revolutions. People do. European revolutionaries in the 1800s used leaflets. African revolutionaries in the 1960s used church gatherings.  Today it’s Twitter.

Social media simply doesn’t have the penetration to mobilise populations. Only one third of Tunisians, and less than one fifth of Egyptians, has regular, reliable access to the internet. On top of which, 50 per cent of Yemenis are unable to read or write. Arguably, the main tools of the revolutionaries were simple text messages and satellite channels like Al Jazeera and Al Arabia, which brought the startling, uncensored news of revolution into the living rooms of hundreds of millions of Arab homes. So, be wary of false prophets heralding social media’s new dawn. We need to be where our consumers are and, at this time, television remains the dominant media channel. There is room for digital and the Arab Spring opened people’s eyes to its value.  But we are still far from the tipping point.

Myth two: The myth of the quick fix, heralding instantly affluent consumers. From Egypt to the Gulf states, more than $160 billion has been pledged to fund job creation, social programmes and private sector growth. But, even in countries where the uprising has shifted from protests to rebuilding, long-term economic issues remain. The fact is, the Arab countries at the centre of the revolutions were poor before the revolution and will still be poor when it’s over. According to the IMF, GDP per head in 2010 was $2,789 for Egypt, $4,201 for Tunisia and $1,282 for Yemen. Contrast this with $47,284 for the US, and  $76,168 for oil-rich, population-sparse Qatar.

Understandably, consumers are concerned about the future.  In a Nielsen study consumers revealed that, while they still need basic goods to survive, they are reluctant to purchase big ticket items – which naturally influences advertising revenues. The truth is there are no quick fixes – and certainly no instantly affluent consumers. In the short term, consumers will continue to be cautious. In the long term, if markets become more stable and countries receive ongoing inward investment, a newly created consumer base will eventually emerge, but this will take time and the right circumstances.

Myth three: The myth of broadcast deregulation – leading to greater independent media ownership. A national broadcast network plays a critical role within any country. It holds a strategic position as the voice of a nation.  Along with parliament and airports, media stations are the first places put under guard during revolutions. Whether they are overseeing a democracy or a dictatorship, governments are reluctant to relinquish control of something with such power to influence the masses.

Nevertheless, running national television, newspapers and radio stations can be an expensive luxury for a new government, particularly when these media have lost credibility and consumers are switching to alternatives.

So what is the future of broadcast media? Are these markets going to suddenly experience a stampede from new media players entering the market? An overnight transition from state broadcast media into the hands of commercial broadcasters? Highly unlikely. Only last week, the Egyptian military stepped in to reduce satellite and digital broadcast licenses.

In conclusion, the true effects of the revolution will not be realised for some time. Aspirations are high, but change – particularly within the media landscape – is likely to be slow. In some of these markets the media market remains emerging, highly regulated, and insufficiently transparent. Advertisers are caught in a cycle of uncertainty. Media advertising growth in ‘Arab Spring’ markets is largely dependent on deregulation and on a confidence shift within the business and advertising communities that suggests investment is warranted.” 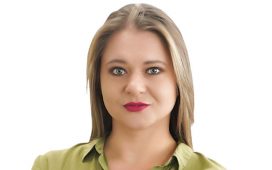