By Steve de Lange, senior creative lead, And Us. 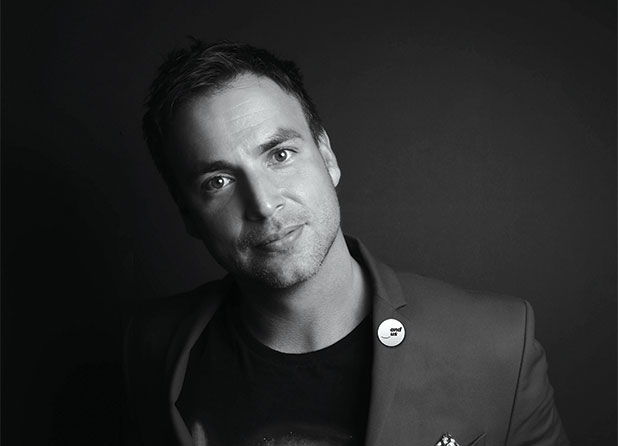 It takes something more than intelligence to act intelligently.”

When Fyodor Dostoevsky wrote those words in 1866 in his seminal Crime and Punishment, there was no big data, there were no complex marketing algorithms, performance-based marketing or artificial intelligence desperately crunching the numbers on each and every piece of work some poor, beleaguered creative offered up to the social media gods.

Cholera, dysentery and rampant syphilis notwithstanding, these were simpler times.

I’ve no doubt that the pages of this volume are littered with digital technologists singing the praises of our new robot overlords. You can’t throw a bronze Effie these days without hitting some marketeer giddily espousing the virtues of the metaverse, the blockchain or any volume of exponentially multiplying technical gobbledygook.

Look, I get it. Technology is good.
The future, even. But that doesn’t mean I have to like it. Tesla makes great cars, but I still prefer my vehicles fitted with internal combustion engines that run on dinosaur bones.

I should caveat this by saying that I’m not some luddite waxing nostalgic about the ‘golden days’ of advertising. No doubt Benedictine monks railed against Gutenberg’s printing press, typesetters railed against design software and long-form copywriters railed against the advent of Twitter. Times change, and so must we.

But, as a creative, I can’t help but feel like we’re engaging in some kind of Faustian bargain with social media networks and search engines. We chase rapidly waning attention spans across a turbulent ocean of content in a rubber dinghy designed by Mark Zuckerberg and propelled by Big Data.

It’s not that I’m saying that technology doesn’t work. Of course, it works. If it didn’t work we wouldn’t be using it. If anything, it’s working a little too well. A million spreadsheets can’t be wrong and the numbers don’t lie.

Numbers tell me to engage my viewer in three seconds or less.

Numbers tell me the best way to maximise engagement on social is to find an influencer with a comically large rear-end to sashay provocatively across the frame.

Numbers tell me the average person on social will not read a caption over 125 characters, that frequency is more important than creativity and that my copy would benefit from the liberal use of emoticons.

The numbers might not be lying. But I doubt they’d be any fun at parties.

And, not to sound like an ornery middle-aged creative, but I am overwhelmed with the urge to tell big data to get off my lawn.

But I digress. In our digital age, what does it mean to act intelligently? Do we cower in the face of seismic change, bend the knee and allow the algorithm to lead us to some digital utopia where the clicks are abundant and the views flow like honey?

In a word, yes. The alternative is irrelevance, to be hoisted by our own proverbial petards. And the history of advertising is unironically littered with the corpses of creatives who refused to embrace the new and improved.

But, at the time of writing, creativity is still firmly within the dominium of the human mind. A hundred billion neurons have weighed up whether that billboard needs a hashtag and have responded in the negative, marketing statistics be damned.

The best creative might be informed by the numbers, but it cannot be dictated to by them. Technology might set the rules, but it’s up to human minds to break them. Our superpower as creatives isn’t that we think rationally, but that we don’t. Like truffle pigs, we root around the roots of the tree of life and dig up little nuggets of beauty, emotion or irreverence that might connect and engage with our audiences in a meaningful way. For the moment, Big Tech only tells us where to dig.

The golden age of advertising isn’t behind us. Meat is meat, man (and woman) must eat and there’s a two-for-one special at that fast food place you love that you simply cannot afford to ignore. And by gosh, if I can get Kim Kardashian to post a picture of herself eating that burger to her 236 million followers I’d be a fool not to.

I’m under no illusions that big data is coming for my job. I for one welcome our new robot overlords. But to paraphrase Charlton Heston, the super-intelligent general artificial intelligence of the future will have to pry my pencil out of my cold, dead fingers.