The Metaverse could be a brave new frontier, where brands and consumers get to engage unconstrained by “reality”, writes Vinod Thangoor, VP International Business, Xentrix Global FZE LLC (JGroup of Companies). 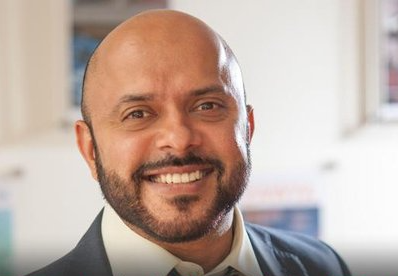 As the world rushes forward into the Fourth Industrial Revolution, more and more of our socio-economic engagement has shifted to cyberspace. From online classrooms to virtual business discussions, from making new friends to spending time with old ones on social media, from live streaming marriages to funerals services – our lives have never revolved so much around digital devices and apps.

While it all seems to be “free”, the reality is that the Internet is paid for, largely, by one business: Advertising.

Too much of a good thing

It is estimated that the average person is exposed to between 6,000 and 10,000 advertisements every single day. A large chunk of it follows targeted individuals around cyberspace based on their demographic profile, personal interests and online habits.

For this, the ad industry hoovers up enormous amounts of personal data to ensure the ads they serve are individually targeted. While the intention to “personalize” messages is to make them more meaningful and contextually relevant for users, lately targeted advertising has earned – sometimes deservedly – a bad reputation.

The unstoppable force of online advertising is about to meet an object moving in the opposite direction: Digital privacy.

Time to get imaginative

While words like ‘data’, ‘performance’ and ‘metrics’ have gained prominence in the advertising lexicon, terms like ‘imagination’, ‘play’ and ‘experimentation’ have all but side-lined. Until now.

Mark Zuckerberg’s vision of the Metaverse adds a new dimension of possibilities to individual and brand expression – and to their interaction in digital space. There is very little consumer data available in the metaverse.

Everything in the Metaverse must be built on one thing: Imagination.

Not leaders for nothing

For the advertising industry, this is an unmissable opportunity to start with a clean slate and a fresh mind. Imagine the creative possibilities of immersive ad films and brand experiences restricted only by the boundaries set by our collective imagination!

Unhindered by operational constraints; ad space is unlimited. Unimpeded by legacy baggage; everything is an experiment. Unrestricted by the physical restraints; so yes, the script can have a polar bear on a flying locomotive. The Metaverse is, literally, limitless in terms of potential.

What’s in it for brands?

The opportunities that open for brands are just as exciting. The Metaverse can augment their physical business in the “phygital” sense, and it opens up a whole new marketing universe for virtual branded products and services. All this at a fraction of the cost in the real world.

First-movers also get to create Metaverse’s virtual landmarks, learn what works best – or better still – set the experiential trends in a new world. Moreover, the immersive 3D brand engagements and experiences will not need to spy or stalk consumers, instead, it will seek to bring them in, voluntarily.

While excitement is real for proponents, so are the arguments of naysayers. But this is a rare shot at escaping the stifling barriers of reality, giving a fresh lease of life to Internet 2.0, and making advertising what it always was: The greatest profession on earth.