MENA Cristals Festival to move to Egypt from 2017 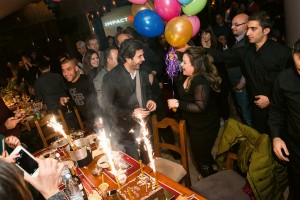 The MENA Cristal Festival is to move to Egypt from next year.

Vice-president of Cristal Events and global head of agencies business Julien Morales confirmed that a decision has been made to move the event from Dubai. However, more details are still to be finalised and a formal announcement will be made in mid-November.

The exact location has not been decided, but the capital, Cairo, is among the likely options under ­consideration.

When it first launched in 2006, the two-day festival was held in the town of Faraya, nearly 50km from the Lebanese capital Beirut.

But the Cristals was moved to  Dubai in 2014  due increasing political tensions in Lebanon.

In 2016 it was re-named the Innovation and Digital Cristal Congress.

However, the move closer to most regional agencies’ headquarters meant people were not coming for the whole event, and were missing out on key elements of the Festival, said Morales.

“The spirit was amazing [in Lebanon]; everyone had an amazing time,” he said. “It was a mix of creativity, business, networking and inspiration.

“MENA Cristals is back. We got lost in Dubai; it was not us. So we are back. And we are back in Egypt.”

The move to Egypt should  help the 12th edition of the Cristals to “refind” its spirit, added Morales.

Dates are not confirmed, but the event is planned for February 8-9.

Last year, France-based Cristal Events launch its inaugural Sphinx Awards, held in Cairo and celebrating Egyptian work. That was cancelled this year, pending the move, and instead the MENA Cristals will include awards specifically for Egyptian agencies.

A Grand Cristal will be awarded by a jury consisting entirely of advertisers, and another by heads of regional agencies.

Though listed on the Cristals’ website to take place on February 17, the Dubai congress will not take place next year, Morales confirmed.

2020 Effie Index: Here are the world’s most effective marketers