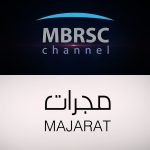 The Mohammed Bin Rashid Space Centre (MBRSC) today announced that it will launch a new space-related TV series, Majarat, across its social media accounts. The show falls under the larger umbrella of the online MBRSC Channel, which will be scaled up to include other programmes, podcasts and new shows in the future. The platform aims to propagate scientific information for everyone and gravitate the youth towards the fields of science and space.

Set to premier on April 24, 2020 and hosted by employees of MBRSC, Majarat will be in Arabic with English subtitles. The main aim of the show is to help increase awareness of space-related topics, especially for the Arabic-speaking population and generate curiosity in the field of space science.

“We have a wise leadership, which believes in the significance of science and knowledge, and they have established a future strategy based on the value of science as a pivotal tool in building the future of the UAE. Inspired by the country’s vision to establish principles of science and knowledge across all fields, the Mohammed Bin Rashid Space Centre has launched this new show to inculcate a culture of space science in the minds of Arabs. The Arabic language is vital in making scientific content accessible to the audience in the region and we are sure that Majarat will have a meaningful impact. MBRSC aims to keep pace with the evolving media landscape and is looking to enhance its digital platforms with varied content offerings equipped to cater to the pan Arab audience in the coming months,” said Yousuf Hamad AlShaibani, Director General, MBRSC.

The first season of the series has eight episodes, with two episodes released every week. Each episode will be 2-3 minutes long. The show will cover a wide range of topics including the International Space Station, technologies used in space, planets and stars, among others.

“Developing a scientific temperament is a critical necessity in the Arab region and we believe that the new show will enlighten and enrich the minds of the viewers. We have noted that there is limited science-related content in Arabic and therefore have created the show, which will help popularise space science among the Arabic-speaking audience. While we are kickstarting this show in the month of Ramadan, we will have new episodes throughout the year. Through the years, MBRSC has invested a lot in the fields of space science and technology to generate a large knowledge base. It is now our responsibility to disseminate this knowledge to the public using social media and spark curiosity among the youth. We are confident that Majarat will further build on the initiatives of MBRSC and encourage young minds to pursue promising career opportunities in space science, technology and innovation,” said Saud Karmustaji, Director of Strategic Communication, MBRSC.

The first episode of Majarat will be available to stream on April 24, 2020 on the following platforms: