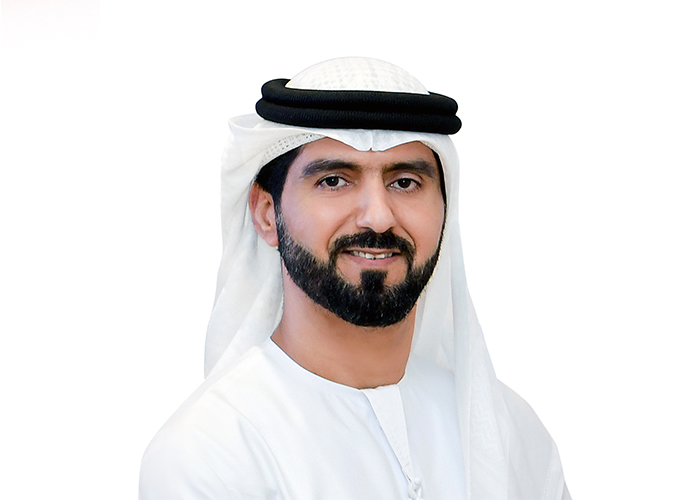 The World Media Group announced that Khaled AlShehhi, executive director of marketing and communication for the UAE Government Media Office, is the winner of the World Media Award (WMA) for Content Leadership & Innovation for 2022. This honour is awarded to the individual recognised by peers for talent in creating exemplary content-driven campaigns that demonstrate brand bravery, creativity, and innovation. AlShehhi will receive his special award at this year’s WMA celebration in September.

Both co-chairs, Hamish Goulding, group head of brand strategy at HSBC and Ritu Lakhanpal, managing partner at McCann Worldwide, along with Belinda Barker, chief executive of The World Media Group, agreed that AlShehhi had upended the rules of government communication by placing creativity at the essence of his leadership to deliver a level of impact and effectiveness not often seen in public institutions.

AlShehhi has been at the helm of many award-winning creative campaigns including the transformation of the Burj Khalifa into the world’s largest donation box, reaching 4.6 billion people and raising over 1.2 million meals for those most affected by Covid. However, campaign effectiveness is just one part of this story; AlShehhi has transformed the way a government entity approaches communications by making creative excellence the essence of its function. It’s clear the UAE media office behaves like a brand, not an institution.

AlShehhi’s ground-breaking initiatives to support the Middle East’s first mission to Mars include ‘Double Moon’, a regional-first projection stunt, and a limited-edition passport stamp made of Martian ink for visitors arriving in the UAE, showcase this unique creative approach. Likewise, ‘A winter through my eyes, a short video showing the beauty of the UAE from the perspective of a blind person, pushes the boundaries of traditional tourism content.

“The calibre of candidates for the 2022 Content Leadership & Innovation Award, who are nominated by the World Media Group’s member, was exceptional this year. They each demonstrated innovation, creativity and brand bravery in their campaigns, so it was a tough decision,” said Belinda Barker, chief executive, The World Media Group. “Khaled AlShehhi impressed our judges with the sheer breadth and depth of the campaigns he has delivered, as well as demonstrating creativity, boldness and pushing the boundaries of communications and marketing in what can often be a dry sector.”

“The World Media Awards showcases the very best in content marketing, so I’m delighted to receive the award for Content Leadership & Innovation,” AlShehhi said. The UAE believes the impossible is possible and has spent the past fifty years imagining, designing, and executing a new vision for the country that is unlike anywhere else. But it takes more than policy and vision to change society.

“My goal has been to transform the way the UAE Government communicates by producing original innovative and creative content that positively impacts the lives of people locally, regionally and globally, so it’s truly an honour for me – and of course my team – to see our work recognised by our peers.”

AlShehhi will receive his award during an exclusive live ceremony at the Ham Yard Hotel in London, on Thursday 8th September 2022, where the final category winners will also be announced. The winner of this year’s prestigious Grand Prix Award will also be announced on the night, joining previous Grand Prix winners London & Partners, Malaria No More UK, Shell, Sonos and Tata Motors as the ‘best of the best.

Recently, Khaled AlShehhi has also led the UAE government media office to take top at the AME Awards 2022 with the most entries shortlisted.