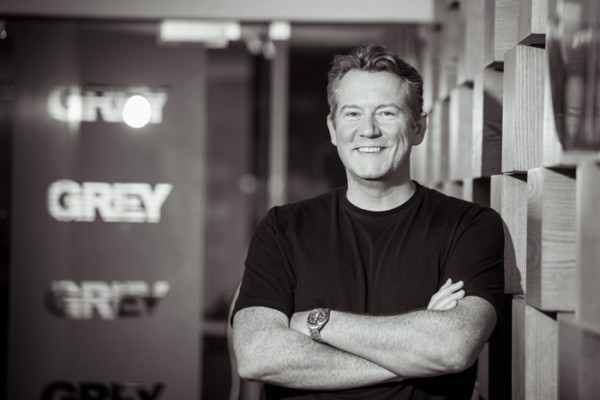 Some 10 years ago, Grey was nowhere. Not regionally or globally. For years, it was at the dog-end of the agency scale and looked like it would remain there for eternity. It was characterised by bland internationalised work and a clammy air of defeat.

Then something happened. It began to be good again.

Thanks largely to a team effort led by global chief executive Jim Heekin and president and worldwide chief creative officer Tor Myhren – who has since left and joined Apple – Grey turned around its work, its culture and its reputation. It managed to complete a remarkable transformation many in the industry thought unimaginable only a few years ago.

“When I joined Grey, there was someone who was ordering 10 white lilies a day to their office,” wrote Nils Leonard, Grey London’s chairman and chief creative officer, earlier this year. “The agency hadn’t made a memorable piece of work in years. And we hadn’t won a pitch in months.”

Leonard had taken on the creative leadership of one of London’s most broken agencies. Yet, last year, he arrived home from Cannes with two of the world’s biggest creative prizes – two grands prix for Volvo’s ‘LifePaint’ work.

The pressure on the network’s Middle East and North African operation to up its game and emulate the global success of Grey is increasing by the week. As such, Shackle – who was brought onboard as chief creative officer for Grey Group MENA in August last year – has had a busy first 10 months, not least because of the agency’s involvement in Emirates’ global account. The airline appointed an interdisciplinary WPP team last summer to handle its global branding and creative account, with Team Air bringing together staff from Grey’s London, New York and Dubai offices, Rainey Kelly Campbell Roalfe/Y&R, Geometry Global, Hogarth and TNS.

“Grey is the most exciting network in the world at the moment,” says Shackle without any hint of a doubt. “Third most awarded at Cannes, most awarded at D&AD. That stuff doesn’t happen by accident. The turnaround of the business from where they were five or six years ago to where they are now shows anyone can do it if the passion’s there. So the job here is really simple. It’s to bring Grey MENA up to the same level as the rest of the world.”

“By surrounding yourself with the best possible people and then giving them the freedom to do what they do best,” replies Shackle, who was working with gyro London before he moved to Dubai. “I mean, my role is to encourage, support and occasionally push into uncomfortable areas, and really just to get people to look at work in a different way. You can always go through that checklist of what you need to produce – write your television script, do your three print ads and what have you – but I’ve been encouraging people to see there are other ways of answering briefs. Stop thinking of deliverables and start thinking more of solutions and ways to excite people.

To this end Vidya Manmohan, a longstanding Grey employee, has been promoted to executive creative director of the Dubai office, while three new creative teams have been hired. Further strengthening is expected, especially in the three offices outside of Dubai in Beirut, Riyadh and Doha.

“I like people who think completely through the line,” says Shackle, discussing the kind of people the agency is hiring or has hired. “Yes you need tech people, yes you need digital people, but I just like people who want to make stuff. I don’t really care what they’re making it on. The speech I gave everybody when I joined was, forget about pop culture, forget about awards, forget about all that weight that people put on your backs. We all got into advertising because we want to make stuff. We want to make stuff that makes the guy next to you go ‘wow, I wish I’d done that’. And at the end of the day, that’s all we’ve got to do. And if we do that, everything else follows.

“That’s all I’ve been telling everyone. Let’s make some cool stuff that makes everyone jealous.”

For Shackle, Grey MENA’s four offices represent different stages of ability and growth. While the Dubai office has been moving up the network’s internal global rankings table, steadily climbing to 34th out of 121 offices, the others remain firmly in the background. “We weren’t on the table at all 10 months ago,” says Shackle of Dubai. “We’ve just got to keep on climbing. It’s about building momentum, getting people’s confidence and people believing in themselves.”

Is a top 10 position possible?

“Of course it is. You’ve just got to do work that creates an impression. I’ve never wanted to be just as good as the other agencies in whatever country we’re in. I want to do work that’s world class. So if you’re going to do that, you have to believe and you have to aim for the top spots.”

Shackle has spent much of his professional career abroad, working in Hong Kong, Singapore, Beijing and New York (“I like being a foreigner. It gets you to look at the world with fresh eyes”), with much of his opening weeks and months at Grey utilising the experience he has gathered in these countries for the benefit of Emirates.

“I joined and had to hit the ground running,” he admits. “But just having the people we have here, the best people in London, the best people in New York all working together has really showed me how good Grey is as a network. I’ve worked for other network agencies and every office kind of hated each other. Here it’s completely different. Everyone is incredibly supportive. They just want to make great stuff together, and for me that’s an exciting thing to be part of.”