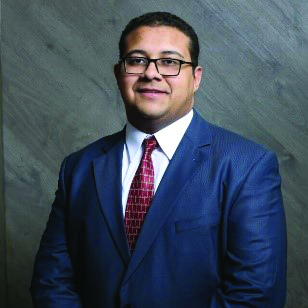 Liam Clarke, managing director Saudi Arabia at Apco Worldwide: Throughout his Apco tenure, Omar has supported our engagement with the Royal Commission for AlUla with creative ideas and strategic engagement. He is adept at producing English and Arabic content, and has managed a number of high-profile media relations efforts for the client. This included the planning and execution of a communications campaign around the reintroduction of the Arabian leopard in northwest Saudi Arabia, and the birth of two cubs. The campaign generated more than 9 million impressions and about 2 million views on social media.

I started my career, after graduating from the Cairo University in 2012, as a media editor and coordinator with an NGO in Egypt. I joined PropertyFinder KSA as a communication and marketing specialist. In 2015 I joined FleishmanHillard in Riyadh, where I supported public and private sector clients for more than three years. I have currently been working with Apco Worldwide for more than one year and I had the chance to work on one of the most exciting projects in the kingdom and learn about new industries like tourism and arts and culture.

If it ain’t broke, don’t fix it. In other words, keep it simple.

Live the Golden Rule (treat others with courtesy and respect).

My dream job is to work in a project that will help put Egypt back on the map as one of the leading countries in the region and world. I believe Egypt has so much wasted potential.

When I was in college, I was part of a university club that was established to develop the skills of the communication students.

Go Back to Main Article: Campaign’s PR Faces to Watch 2020