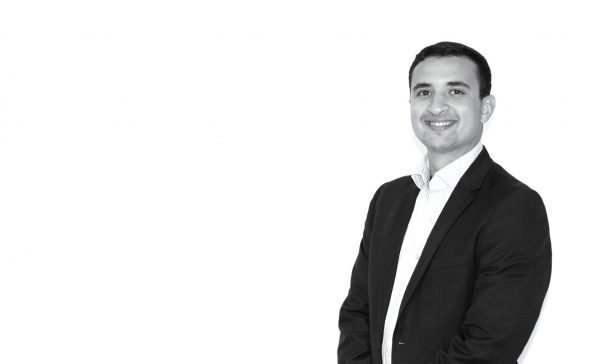 Nominated by Baiba Upmale, practice director, Four MENA
“Mohaned began his career with Four MENA as a graduate trainee, and has been steadily progressing through the ranks. Last year, he was appointed to Four MENA’s management team.”
“Mohaned has helped to win and retain some of the agency’s most significant clients including Etihad Airways, Emirates Nuclear Energy Corporation and Abu Dhabi Airports. He has delivered a significant commercial impact, contributing towards the agency’s overall double-digit growth in 2018.”
“Under Mohaned’s leadership, his account teams have won more than 14 gold or silver awards for client projects over the past five years, and he was named MEPRA’s Young Communicator of the Year in 2015.”

Career path
Mohaned was one of eight trainees to join Four Communications Group in 2012, out of 650 applicants. During his time at Four MENA, he has consistently grown his client portfolio, with a strong focus on corporate and B2B communications. Mohaned has a reputation for maintaining some of the agency’s longest-standing client relationships, including Global Aerospace Summit (five years), SITA (four years) and Honeywell (three years). In his new management role, Mohaned continues to oversee his client portfolio, and has been heavily involved in launching Four MENA’s operations in Saudi Arabia.

Guiding principles
Firstly, have a clear understanding of the client’s business and industry – read and learn as much  as possible, and know what the issues and challenges are at all times. Also, learn as much as you can about new industry trends – the more you know the better you can advise.
Secondly, be responsive, punctual and organised. Put yourself out of your comfort zone, try things you don’t think you can do and you will surprise yourself at how quickly you learn under pressure.
Thirdly, build as many connections as you can and stay in touch with people. You never know who may one day become a colleague or a client.