Industry shocked by the death of MullenLowe’s Mark Lewis 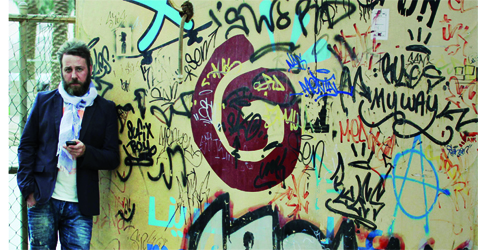 Tributes have poured in for Mark Lewis, executive creative director at MullenLowe MENA, who passed away suddenly last week.

A visibly shocked industry reacted to news of his death with disbelief, posting condolences on social media and questioning the suddenness of his passing.

“The most committed, loyal, positive, pure person I have ever met. We have been one for almost 10 years,” said Mounir Harfouche, chief executive for the Middle East and North Africa at MullenLowe. “Mark’s mind and soul are both so engaging, so giving, you feel like you lost a huge part of you when he is not around. It hurts to lose him. I will miss his much needed hugs, that used to fill me up with positive energy and pure love, every time I needed it. His last statement was: ‘I’m the prisoner of paradise.’ I tell him, we might be the ‘prisoners of hell’.”

Lewis, who was 42 and was from Wales, had been with MullenLowe for nine years, having joined as a creative director in 2007. He had previously worked at agencies in London before moving to Asia, where he led one of Indonesia’s leading branding and advertising agencies, Oxygen, to the title of boutique agency of the year.

“Mark was a real passionate ad guy who believed in ‘working hard’ more than anyone I know,” said Sasan Saeidi, managing director of FP7 UAE, a sister agency of MullenLowe. “He was full of energy and had a wit that only he can carry. I never saw Mark without a smile on his face and he has left a very big empty space in all our hearts. You went too soon sir. I miss you.”

“2016 has already claimed too many great talents, filling our Facebook walls and tweets with grieving tributes. But when it comes to one of our own it cuts much deeper,” said Ali Azarmi, managing partner at Joy Films, who had known Lewis for seven years and had worked with him on a number of projects. “The loss of Mark Lewis is a devastating shock which will take a while to sink in. The lovable Welshman with his iconic beard and distinctive laugh was a man of rare integrity and always shy of attention. I can see his face turning red reading all the tributes and adorations. A refreshing contrast to all the self-glorifying fame seekers. There was nothing pretentious about Mark and that was obvious to anyone who can recognise decency. A leader with genuine values who always put everyone above himself. In our memories he will always be alive.”

It is understood that Lewis had been battling depression and had recently moved back to the United Kingdom.