We Are Social’s Jim Coleman: ‘Brands need to take influencers seriously, not as an add-on’ 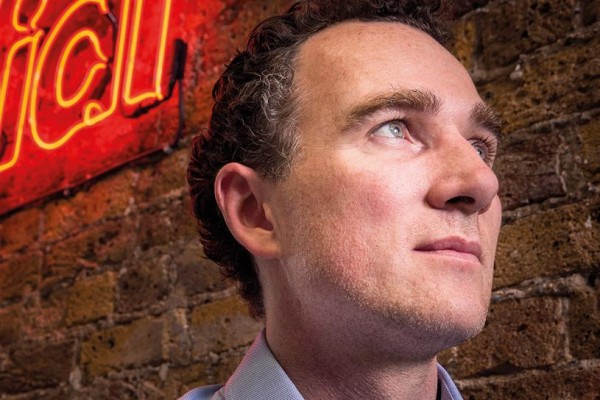 Last year, Essena O’Neill’s life fell apart because she was too popular. Buckling under the pressure to perform to her 612,000 Instagram followers, she “outed” posts where she was paid to promote a product, revealed how it took 100 selfies to get a good shot, and then promptly deleted her social media profiles.

Genuine breakdown or public relation stunt (O’Neill launched a site promoting positive living and a vegan diet off the back of the furore), her absolute slating of “fake” content succeeded in causing a ripple across the international press.

O’Neill felt what she was portraying wasn’t ‘authentic’. And, of course, marketing isn’t naturally authentic – brands are trying to position themselves in the best possible light, sell products and outdo competitors. But while O’Neill may have had her issues with social media, for the most part it’s forcing a change.

Because of how ingrained social plat- forms have become in our behaviour, audiences are more informed, aware and empowered than ever before. Social media has made people more cynical and more critical of what brands are doing. They can’t as easily be won over by a glossy ad – particularly digital natives who are increasingly more likely to prefer YouTube content over television.

Social media has also given marketers the tools to understand human motivations and behaviour better, influencing the work we’re creating. Initially, social media helped us move from a one-way, broadcast approach to involving influential consumers to help spread a brand message. Today,the sheer prevalence of social media has driven a radically mature yet cynical consumer. Brand behaviour has to be absolutely authentic to be believed, loved and shared.

Great creative work in 2016 will be led by ideas powered by people. Socially led, shareable ideas that have natural momentum.

For the past few years, “behaving like a publisher” has taken over from storytelling as the buzz-phrase for marketers. This has made social media an exciting place to be, with clients now having both the ambition and the resources to become producers of the best content – content that challenges print and TV for quality.

But while brands are behaving like publishers, to be effective they need to think like publishers too. There’s little point in creating great content without having a distribution strategy in place to gain the audience share needed. Content visibility is crucial, particularly as competition for limited attention spans and online real estate increases.

The forward-thinking brands of today are embracing this change from the ground up. Hiring managing editors and publishing directors to wade through and cull the reams of content big organisations produce in order to tell a coherent story across all channels. Driven by the need for authentic content, brands will be looking into all corners of their businesses for content that adds value to different audiences and allows them to build brand value over time.

At the moment, brands are going after volumes of published content without any real sense of what value they’re adding to their audience or to their business. This year, I’m confident that we’ll see a case of less (but better) is more. Content governed from a central place driving a consistent and focused narrative.

At a recent event of ours, a guest speaker who was a ‘Generation Z’ influencer described her feelings about Facebook as “awkward, like a huge family dinner party”. For those in their teens or twenties, chances are that their parents are active Facebook users. Can you imagine your parents following every move you made at that age? Quite unnerving.

As much as we’re social beings, respect of privacy is also something that’s important to us – this is driving the rise in popularity of private social platforms. It has been estimated that a huge 69 per cent of social sharing happens outside public social channels. Platforms that promote privacy – such as WhatsApp, WeChat and Snapchat – are increasingly important, especially among a certain younger demographic.

You can’t force a behavioural change. This year, marketers need to adapt to the consumer rather than sticking to the social platforms they are used to and feel “safe” on. Yes, it’s a challenge to get to grips with the growing use of sharing mechanics that can’t be easily tracked, measured or attributed. But if consumers are moving towards private platforms, marketers have to follow them there and adapt strategies to suit them. They’re not going to come to you.

Recognise and respect the power of influencer market

While O’Neill is hardly the poster girl for brilliant influencer marketing, she is (or, rather, was) part of a significant movement – the rise (again) of the influencer. Influencer marketing has become professional – and 2016 is the time for marketers to recognise and respect this.

Although already a key part of social media marketing in 2015, it will become an increasingly significant way for brands to talk to specific audiences and the popularity of influencers who have been made famous by social media, and blogs, will continue to grow. They are demanding bigger fees and they are represented by companies in the same way that ‘traditional’ celebrities are.

Influencers are a different beast to the celebrities that marketers are used to dealing with. You don’t have the same level of authority over an influencer as you would with a celebrity-endorsement campaign, so those who are used to controlling their messaging very tightly need to be willing to let go – perhaps too big a leap for many right now.

In 2016, brands need to take partnering with the right influencers seriously and consider them an important part of their business strategy, rather than an afterthought or add-on to a social media campaign.

Jim Coleman is the managing director at We Are Social