The mould and the beautiful – by Hanisha Lalwani 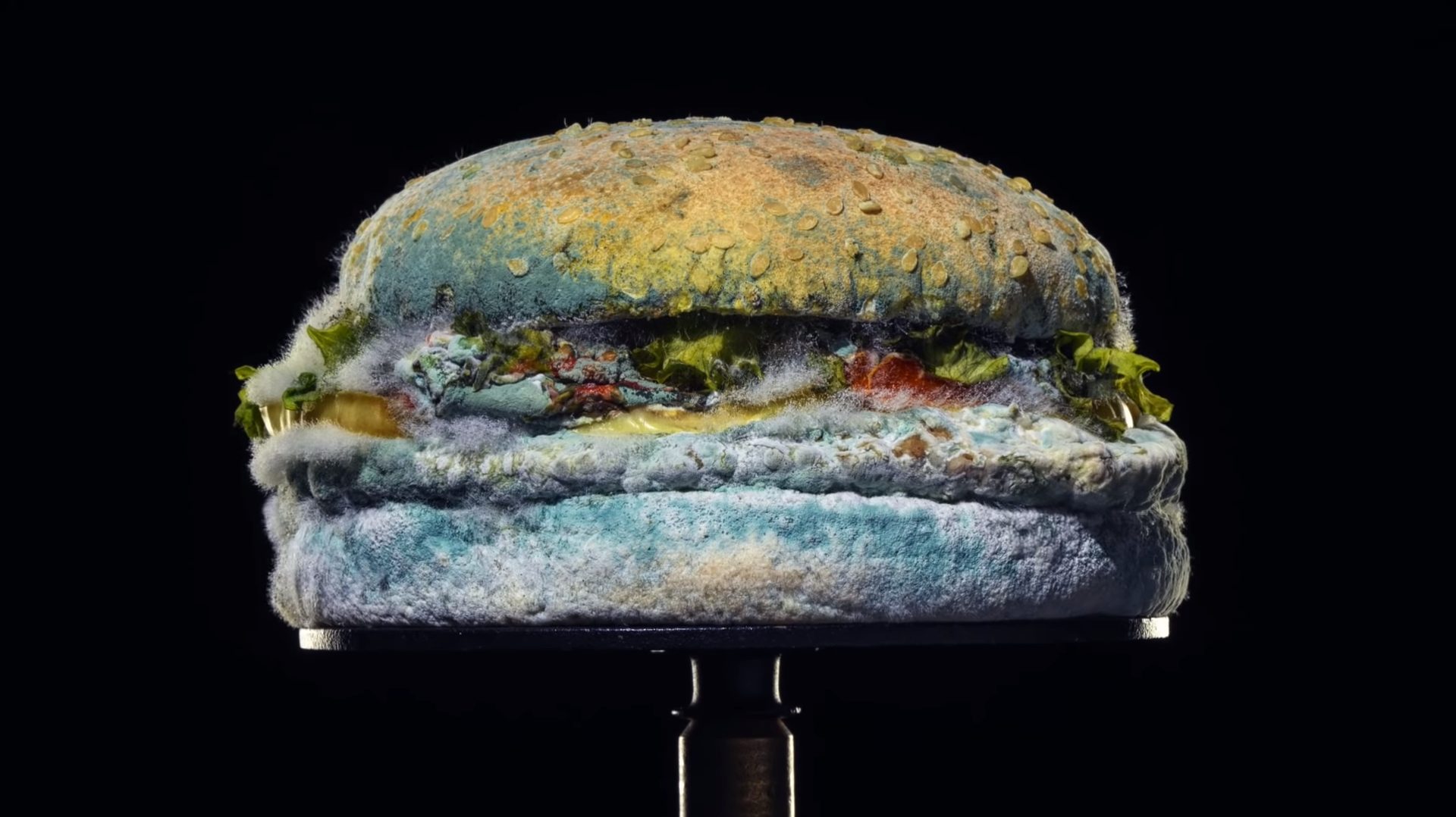 At Dubai Lynx in March 2018, I met Burger King’s global chief marketing officer Fernando Machado shortly after his irresistibly titled talk ‘Social Responsibility with a Side of Fries’. Inspired by the brand’s ingenious marketing campaigns tackling social issues such as bullying, I asked Machado if obesity was a problem Burger King was ready to address, considering fast food giants have been linked to this health epidemic. His curt response was that their product team was dedicating huge resources towards increasing the use of healthier ingredients in their offering.

Circa February 2020, I did a double take when I came across the picture of the moldy burger whilst casually scrolling on Twitter. I watched in awe the video of a fresh burger turn into a revolting rot in 34 days. The tagline reads ‘the beauty of no artificial preservatives’, a perfect climax to the ad with its clever use of a 1959 track, ‘What A Difference a Day Makes’.

So Machado was right after all; his response to my question two years ago was mildly prophetic. Using its bold ‘moldy whopper’ campaign, Burger King announced its menu is moving away from preservatives, artificial flavors and colors. ‘Rather be ugly than fake’ tweeted the brand to consumers reacting to its ad. Machado was quoted in Forbes saying the aim was to show ‘the beauty of real food’.

Online and off, the campaign is making waves. Globally, the creative industry is polarized in its reactions. While some think the commercial is sheer creative genius, others consider this a marketing stunt fabricated to bag awards. Mad over Marketing (M. O. M.), an India based news website with 1.4 million Facebook followers posted: ‘Go home everyone. Burger King has already won 2020.’

But closer to home, what are the reactions? “I’m spellbound by this fresh approach to marketing preservative-free food, overtly depicting its ugly side. After watching Burger King’s ad, I want to know what’s in my food. The ad is reassuring, not disgusting”, remarks Ajay Sukumaran, area sales manager – Dubai at the food delivery app Zomato. Stephen King, lecturer in media at Middlesex University Dubai, comments: “I don’t really like ads that have a literal message, but if you are going to go literal, this is the way to do it. The cinematography probably cost a fortune, despite the simplicity of the final creative. It will likely resonate strongly with the brand’s target audience. It is brave, bold, 100 per cent flame-grilled and on-brand.”

What about the voice of the average person, one not connected to the creative industry or the food business? I only had to go as far as my sister Bharti Lalwani (an art critic and perfume-maker), to get a polar-opposite reaction to the ad: “I don’t eat burgers. Preservative-free or not, the meat and dairy industry is cruel and largely responsible for polluting land and water while infringing on wildlife and forests by way of acquiring more agricultural land. Burger King doesn’t need to promote more burgers, it needs to be bold by putting the needs of the planet above its short-term profits. If they don’t make this decision to adapt, then conscious consumers will.”

And she offers the perfect segway to raise this question: is Burger King ahead of the curve or rather far behind it? It is no secret that animal agriculture is one of the highest contributors of carbon emissions. While fast food giants such as Burger King and McDonalds are only recent champions of preservative-free food, innovative brands including Beyond Meat and Impossible Foods are leaps and bounds ahead, taking the world by storm with plant-based meat, whilst also offering solutions to the looming global challenge of creating a more sustainable food system. IKEA’s think tank SPACE10 is developing dishes that are healthy, sustainable and delicious using ingredients such as insects, algae and lab-grown meat.

With an outpouring of reaction, it’s fair to conclude that Burger King’s ad ‘sticks’ and is successfully inciting conversation on the issue of what we are consuming. But are campaigns like this a distraction from the fact that fast food giants are not acting quick enough on climate change? To end, I will reference the Meaningful Brands study, which shows that: “the brands that will thrive in the coming years – both financially and in terms of their impact on the globe – are the ones that have a purpose beyond profit”.