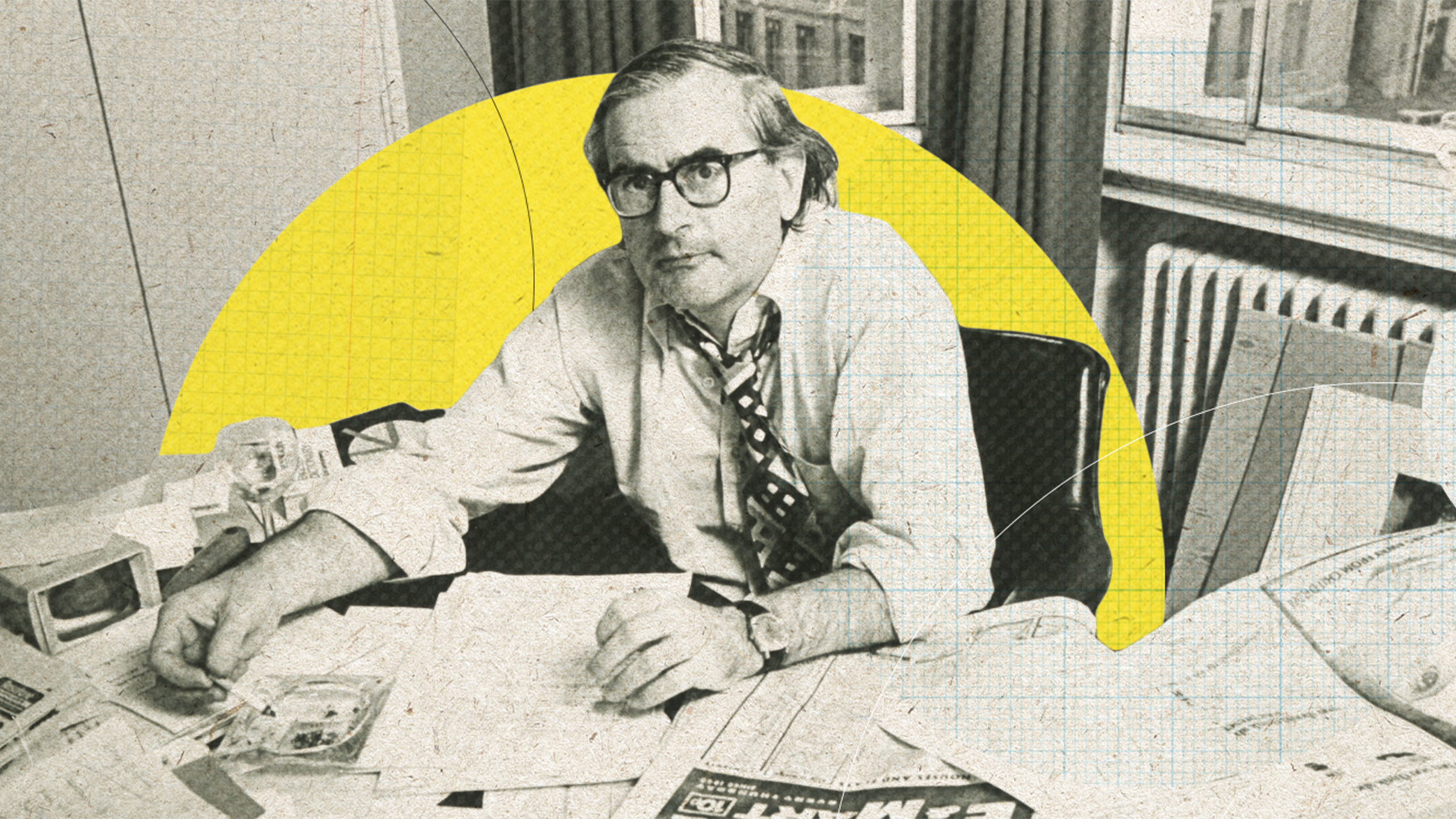 Friends and colleagues of celebrated adman Jeremy Bullmore CBE have unveiled a new website that makes his work over nearly seven decades in the industry freely available to everyone.

Jeremy, who is retiring from his role at WPP at the age of 93, is one of the most influential thinkers on advertising and brands, as well as a prolific public speaker, journalist and author. Campaign magazine has described him as “adland’s greatest philosopher” and “quite possibly the most admired man in advertising” while Marketing magazine observed that “when Mr Bullmore speaks, the world listens.”

The new site – Best of Bullmore – attempts to distil a career that has spanned the launch of commercial television and the arrival of the internet age, and to capture the wit, wisdom and incisive intelligence he expresses through his unfailingly brilliant words.

It covers everything from his role in the launch of brands like Mr Kipling at J. Walter Thompson (and a 1965 memo to the agency urging them to consider an up-and-coming young director called Ridley Scott) to his essays for more than 20 WPP annual reports, his hilarious agony uncle columns for The Guardian, Campaign and Management Today and his partnership with the godfather of strategic planning, Stephen King.

Jeremy started his career at J. Walter Thompson London as a copywriter in 1954, left as agency chairman in 1987, then worked within WPP for another 33 years. In his many external roles he has been a tireless champion and advocate for the industry. These have included chairman of the Advertising Association, president of The Thirty Club, non-executive director of Guardian Media Group, president of NABS and president of the Market Research Society. He was awarded a CBE in 1985.

The Best of Bullmore site was commissioned by WPP and designed and built by Wunderman Thompson. Various other industry organisations including The History of Advertising Trust and Haymarket generously contributed content and support. Former Campaign US editor Caroline Marshall managed the project, working with WPP CEO Mark Read and director of communications and corporate affairs Chris Wade.

Mark Read, CEO of WPP, said: “There’s his razor-like strategic mind, his wit, his ability to engage, enthral and entertain, his analysis of the industry without fear or favour. There’s also his generosity and the entirely selfless support, advice and kindness he has given to so many of us over the decades. As he retires, Jeremy represents our industry at its absolute best. We are so very lucky to have him.”

Tess Alps, non-executive director of Channel 4 and member of the ASA Council, said: “Why wouldn’t you immerse yourself in the work of ‘advertising’s greatest philosopher’ especially when WPP has now generously created this rich archive that you can access for free? Some of us have been sipping at JB’s fount of eternal wisdom for so long that it’s quite hard to tell whether that was an original thought we had yesterday or whether JB quietly planted the seed in our brain in 1992.”

Caroline Marshall, former editor of Campaign US, said: “Ever since I joined Campaign and asked Jeremy to write for the magazine, he has been a mentor and a friend. Whether you are in leadership or just want some life advice, his wisdom about brands and working in a service industry is here to inspire us all.”

Stephen Woodford, CEO of the Advertising Association, said: “Jeremy is one of the most influential and widely respected people in British advertising. His Campaign column was essential reading for generations of agency people – entertainment, learning, insight and the best agony uncle the industry could wish for. He inspired us in so many ways from his various positions at WPP and JWT and did further honourable service at the Advertising Association for many years. Thank you Jeremy, for your incomparable contribution to our great industry.”

Paul Bainsfair, director general of the IPA, said: “There is so much that one could say about Jeremy, especially given his long and fruitful relationship with the IPA. The thing that always springs to mind, however, is a memo he sent in 1965 to JWT’s TV producers. It recommends a young BBC designer who is starting out as a director and whom he believes they should work with – Ridley Scott. I love it because it shows that alongside his wisdom and all his great insights about advertising he was also great at spotting creative excellence.”