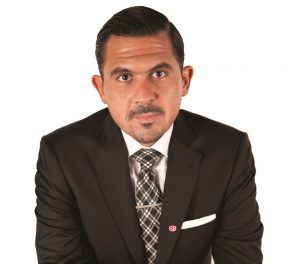 In April 2016, Miquela Sousa (@lilmiquela), a fashion inﬂuencer and recording artist, debuted on Instagram with an inconspicuous photo of a pink crop-top. Since then, she has amassed 1.4 million followers. Miquela sounds like any other popular personality on social media, except there’s a catch: she’s not real; she is a virtual avatar with a proﬁle that reads “19/LA/Robot”, and probably forever will. Miquela is touted as an art project that has inspired a life of her own, inciting a lot of online conversations and debates, with critics lining up in one corner claiming humanism, and supporters lining the other with sentiments of progressiveness, an astute criticism of the inﬂuencer movement and a welcome for the anti-movement.
Some of her posts will have you do a double-take. Her joy for being next to her favorite personality, her frustration from the fallout with a record label, a captured moment of her on a couch watching TV… all too real if presented in the right context. She not only acts like an inﬂuencer would, but enjoys a life that is slowly unraveling before an anticipating audience.
Miquela is not the only one out in the wild. Almost one year later, in 2017, British artist Cameron-James Wilson introduced Shudu (@shudu.gram), the world’s ﬁrst digital supermodel. Unlike Miquela, however, she simply adorns fashionable garbs and represents a digital mannequin of sorts. Even the Arab world has picked up on the trend of the virtual inﬂuencer with the introduction of Leila Blue (@chasing.leila), the Middle East’s ﬁrst of her kind.
Every generation has its heralds, but in earnest this virtual movement is one that caught us blind-sided. Sure, we all knew that this would eventually happen, but somehow we always pegged such things to be the work of science ﬁction and not for our generation to tackle. Besides, whenever we are faced with a disrupting innovation, our primal instinct is to reject it; we are, in essence, creatures of habit wired for repetition, sometimes to our detriment. It is on us as communicators, however, to embrace the changing tides. As global trends alter, so should our approach and outlook adapt as a result.
When you have platforms like Instagram, which single-handedly boasts about one billion users*, disruptors are everyday people who are consistently growing in inﬂuence – or, in the case of Miquela and her peers, representations of humans who wish to be us yet are unaware that is us who are actually trying to be them.