Influencing Iran: why content is the only way to reach the Islamic Republic’s social media users 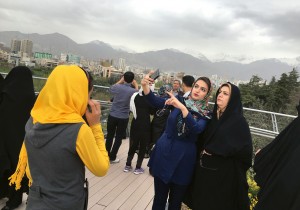 By Alex Malouf, vice chair, EMENA, for the International Association of Business Communicators

For many in the marketing industry, Iran is just as much a mystery as Saudi. The country isn’t easy to travel to, thanks to a pretty stringent visa policy, and to understand the country, culture and people you need to have a basic grasp of the Farsi language. For the uninitiated, digital media offers a fascinating window into the Islamic Republic.

Firstly, let’s start with the basics (and the obvious). There’s no social media advertising in Iran on your typical platforms. There are two reasons for this. Firstly, the likes of Facebook, Google, Snapchat and Twitter are US-based firms, who have to adhere to US legislation. And that means essentially no interaction with Iran due to long-standing sanctions. This may change, but the likelihood of this happening under the current US administration is very low.

The second reason is also legislation, but this time from Iran, banning access to these global sites (this ban doesn’t stop Iranian officials, including the president, from using social media such as Twitter). For this reason, the only way to access social media in Iran is through a VPN, which essentially scrambles and hides your internet address and gives the user a different geographic location. This doesn’t help online advertisers targeting Iranian internet users on social platforms.

With advertising of limited use, marketers have to turn to content, and influencers. The country has its own home-grown influencer talent, both male and female, some of whom are already celebrities in their own right such as the actress Elnaz Shakerdoost, or others who one could term social media influencers such as make-up artist Elnaz Golrokh.

Similarly, the numbers of Iranians using social platforms are impressive. While the networks don’t share estimated user numbers for Iran, the website We Are Social estimates that Instagram has 15 million active installs in the country (some have claimed that Instagram isn’t blocked by the government, but rather filtered). Peer-to-peer messaging apps are even more popular; Telegram has 17 million active installs in Iran. And then there’s the local social media clones, sites such as Facenama and Cloob, which mimic global platforms – both sites have millions of users. Another site to watch is Aparat, the Iranian version of YouTube.

Recent research by Kantar TNS shed light on two additional insights. The first is that Iran is a mobile-centric market, where 78 per cent of digital media time is spent on mobile (this compares with 56 per cent globally). And Iranian consumers are much more open to branded content than their global counterparts (to quote Kantar TNS, only 22 per cent of Iranian consumers feel they are stalked by brands, as opposed to 34 per cent globally).

Iran’s social media landscape is the perfect storm of limited advertising options, engaged users and a host of influencers. For advertisers wanting to tap into one of the most exciting markets in the region, content is the only way to go.