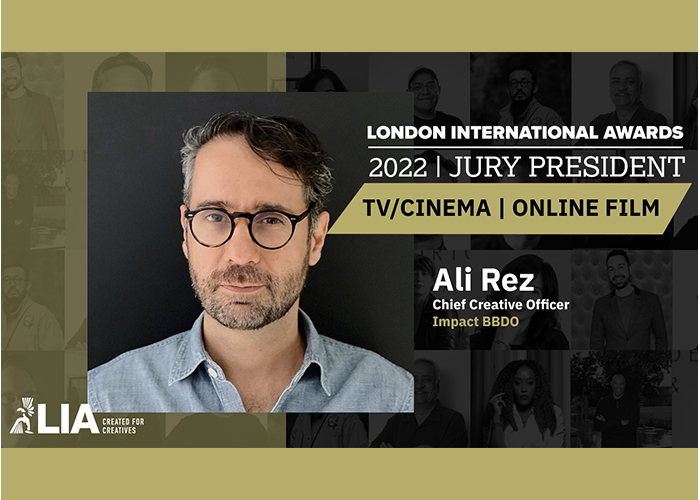 London International Awards has announced Ali Rez of Impact BBDO as the 2022 TV/Cinema and Online Film Jury President. On chairing the LIA jury, Rez commented, “What an absolutely stellar jury to lead at an absolutely stellar show – I am incredibly honored, and look forward to seeing some of the most impactful films of the year. Films that engage you, that astound you, that transform behavior and industry, that move brands forward, that shape culture.”

Rez is ranked the No.1 executive creative director in MENA and APAC on a number of creative rankings. His work has been instrumental in Impact BBDO Dubai being named the No.2 Creative agency in the world on the WARC Report and has brought tremendous positive impact to business and social causes alike. He currently leads creative output for the Impact BBDO Group across the Middle East, North Africa and Pakistan regions.

“We are excited to have Ali as our TV/Cinema and Online Film Jury President. This is a category that offers much in terms of not just the idea, but also how the idea is crafted and executed. The combined expertise and experience of the jury under the leadership of Ali will ensure that no piece of great work will be overlooked,” said Barbara Levy, president of LIA.

Other jury from the region include, FP7/McCann’s senior creative director, Nayaab Rais who is a part of the Podcast and Radio/Audio juries.