From Boomer to Booming, by Socialize’s Amr Younis

Socialize’s Amr Younis and Taline Alrasheed go on a social experiment to reach 100,000 followers on TikTok in a year’s time. 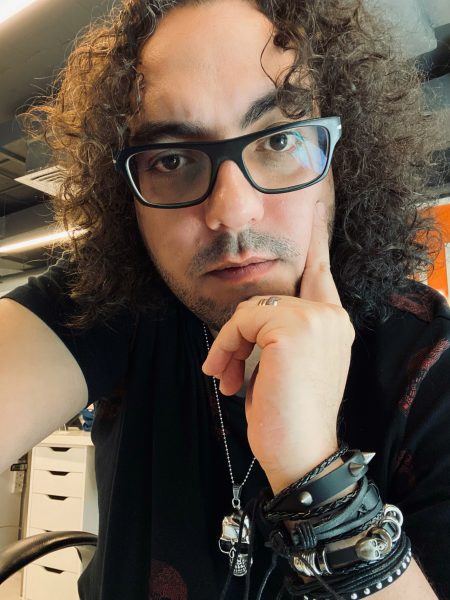 Well technically I am not a boomer, but the generation gap between GenX and GenZ is wide enough to make me feel closer to my father than I am to 20-year-olds. I grew up in the time of chat rooms when privacy was still privacy and we used to say things like ASL (Age, Sex, Location) to random strangers.

Fast forward two decades later, I’m dancing in my chair, trying to effortlessly lip sync to a song on TikTok, and struggling to do it right. I repeat this process at least 10 times until I am happy with the result, and then check my phone every 5 minutes to see if I have received any acknowledgement.

As someone who had started his career in advertising, liaising with clients the printing of 10,000 double-sided leaflets that will be placed on the windshields of cars parked in front of a hypermarket, I would’ve never imagined that I would be dancing to a client on a video call, to illustrate the next hit choreography for Socialize’s latest TikTok campaign.

This radical shift in business etiquette is our current reality. Engagement is engagement, interactions are interactions, and everything you do can be measured. There is a beautiful honesty about TikTok that drew me to deciding to dive deep into it.

My journey started in an office morning huddle in early 2019, our CEO Akanksha Goel said the word TikTok maybe 18 times as she was trying to encourage us to tackle this rising popularity platform, asking us to start thinking about how we can integrate it within our media mix. To be honest, I was held back with PTSD from previous meetings when Snapchat was a thing, and then IG stories were a thing, this feature, that feature… We simply have to reset and rework our understanding of these platforms from scratch. Every time the word “TikTok” was brought up, a piece of my soul left me, I am 38 and struggle in being relevant to the younger generations, my jokes are referred to as senior jokes and I heard the word grandpa tossed around when I struggled to get out of my chair.

I came out from this meeting with a clear vision in mind, I knew what had to be done so I started drafting my resignation letter, but midway through I became angry, I was never a quitter and I love experimentation, I am lucky to be in the field where experimentation sets you apart, and in essentiality, experiments can fail, so I can still win by failing.

I can never understand a platform by reading about it. I was always a lazy student and never was the type of person to look up articles and share them with my peers to exude intellectual superiority. Enter “The Experiment”, test subjects, myself – a 38-year-old Egyptian male with a somewhat good following on other platforms, and Taline – a 24-year-old Gen-Z female from Jordan with a next to none following on other platforms. The goal: Reach 100,000 followers in a year’s time.

We both downloaded the platform, signed up and fell into the rabbit hole of vertical stories, I was mesmerized by the fun of it but was intimidated by the creativity it had, so I decided to film my kitten (you know how kittens grab the hearts on social media), eagerly waited for the promise of going viral and achieving my goal with the first video. A few days in, I got one notification with someone liking the video but that was it. Taline on the other hand tried Lip Syncing to trending music and included a colleague of ours in her video, the video also tanked. We decided that we actually need to think this through and study how we can achieve engagement before we do anything.

We started studying the trends and what makes them trendy, is it about how it makes you look? The fun aspect to it? The ease? The creativity? What about the environment? What if we duet a famous person? What about hashtags? What about thumbnails? A million questions set the premise of our new experimentation criteria leading us to the following conclusions:

Hashtag challenges are designed to activate the TikTok community, they are easy, fun, and allow room for creativity, they also include a good example (usually seeded by an influencer). However, simply copying the trend will not get you anywhere, but instead, think about how you can twist the challenge just enough for it to be different and relatable. For example, the hand gesture challenge was taking place. I decided to replicate it while tapping into a part of our Egyptian culture which is signalling microbuses using hand gestures. I set the context for my Tiktok using the text overlay and then did the sequence using the well-known microbus signalling hand gestures. In less than 24 hours, the video received 100,000 views and incredible engagement.

Comedy is innate to the middle east, when it comes to sense of humour, we are the biggest fans and critics, drawing the line between cringe and actual comedy is where things get interesting. The deeper the joke and its relatability, the better it performs, so take a trend and think of how it can put a smile on someone’s face.

A huge pitfall for both brands and people is trying too hard, forcing a joke, or a trend on someone while being deluded that the more complex it is, the better people will take it in, when designing a TikTok response to a challenge, OR coming up with one, think of the laziest person in the room and what would take them to actually take part of it. Trying too hard with the music, the dance, or the concept is only going to contribute to the failure of TikTok, going over the top with production, using voiceovers (adsy ones) or using non-native filters is not going to create any appeal because it cannot be replicated by others.

The algorithm in TikTok is extremely clever, it can stress test a good TikTok by exposing it to an ever-growing sample of audience. So receiving likes moves the needle, but comments are what makes it fly, never leave a comment unanswered, even if it is negative (this can actually be turned around by using the video reply response feature). Commenting back, liking the comments, and tagging others into your conversation programs TikTok to detect that this is an engaging piece of content. That doesn’t mean make the video and comment on it yourself, just make sure that within the first few days that you are checking regularly and responding accordingly.

The experiment took a lot of trial and error, just like any other experiment, you will need to change the parameters of testing as you go. I ended up understanding how it works up until today, but tomorrow brings a new set of challenges, as more people join the platform and the competition for attention increases. TikTok is adapting fast, catering to business needs making it a less organic platform but rather pay to play, which is not a bad thing because, at the core, it is still a swipeable choice for the user. But in essence, TikTok is built on sharing joy and fun, so don’t take yourself too seriously (that goes for brands too) and enjoy the ride.

And YES, both Taline and me managed to surpass 100K followers. This experiment also helped me craft one of Socialize’s most successful TikTok campaigns for General Mills’s Bugles, reaching a whopping 1.2 billion views during the campaign period.