Dubai Lynx 2015: “’Creativity for everyone’ could be a wonderful world” – Ije Nwokorie, Wolff Olins 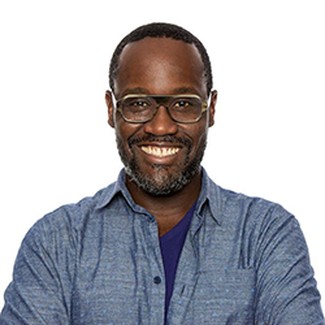 Creativity has never had a bigger role and it’s not the preserve of a few, said the Design jury president.

When he was six years old, Ije Nwokorie, now global CEO of Wolff Olins, moved from the industrial belt of Pennsylvania to a small town in Nigeria connected by a lone, narrow road. His first exposure to ‘graphic design’ were the signs of the buses that plied there. The messages written on them like ‘Better to be late than be ‘the late’” were as much a manifestation of flourishing creativity as are the celebrated works of art, literature, music and advertising, he contended, in his opening talk on day three of the Dubai Lynx Festival of Creativity 2015.

Nwokorie, who is president of the Design jury at the Dubai Lynx Awards, was delivering his address on ‘The New Creatives’.

“In the modern world, we have the notion that some people are creative while others are not. We have made it something that can be put into a box. We have ‘creative agencies’ and we even have people who are ‘creatives’. Everyone is creative. We might be in danger of branding the word creativity into irrelevance,” said the head of Wolff Olins.

He explained the relevance of his argument in the context of an increasingly automated world. Citing the example of services like cabs (Uber), where human influence and decision making has reduced drastically, he noted that things that were done by humans (for profit) could be automated – and are being automated.

Nwokorie explained, “Things that can be automated, will be automated. We’re in danger of being automated out of the creative process.”

Creativity has never had a bigger role, but the industry needs to shift the way it thinks about it, he added.

Nwokorie spoke of three key things that emerged from conversations with ‘creative’ leaders, including those from the world of business:

The Design jury president cited the example of Orange, a brand which revisited Wolff Olins after 21 years. The context had changed from one product (tariff) to many, and the brand had moved from one market to over 30.

“The question we asked was, how do we make people think differently about a telco?” explained the speaker.

The campaign saw small orange-coloured boxes with a switch on each given to people, asking them to come up with what it was for. For one immigrant, it was a device that could transport her between France and home in an instant. For another man, it was something that stored his aspirations, to keep reminding him of what he set out to achieve.

“That’s the kind of work we’d like to see. Creativity, with all its imperfections and irrationality, is the only way we can help organisations and brands stay relevant. And creativity is less about icons and famous people. Let’s not be terrified about it – creativity for everyone could be a wonderful world,” surmised the chief executive.