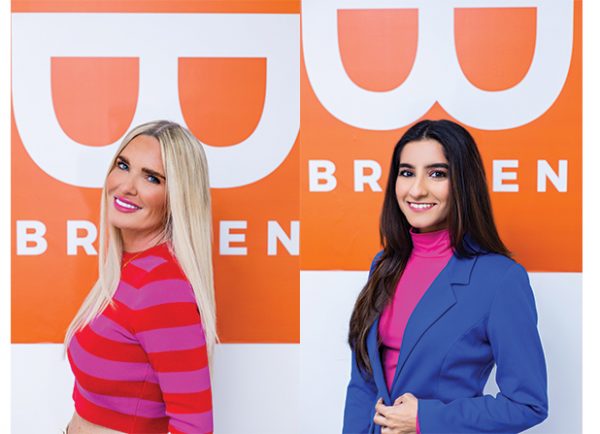 Brazen MENA has bolstered its team with the promotion of Alexia Lawrence-Jones to Director and Khyati Megchiani to Account Manager.

Alexia Lawrence-Jones, previously Client Services Director, will now head up the day-day running of the agency in her newly formed role. With more than 15 years’ experience in communications, five of which in the GCC, Alexia will support the growth of the award-winning agency alongside Managing Partner, Louise Jacobson as it looks forward to its strongest year since opening its doors in 2015.

Khyati Megchiani, previously Account Executive has been promoted to Account Manager. A rising superstar in the industry, Khyati has already been noted as one to watch after joining Brazen MENA after experience in a global network agency.

Alexia and Khyati will be responsible for Brazen MENA clients such as The First Group, MMI, Babyshop and Daimler.

Louise Jacobson, Managing Partner Brazen MENA comments: “After an outstanding start to the year, I’m delighted to have Alexia on board as Director of Brazen MENA. Her dedication and commitment to the company have been second to none and she has been integral to its growth. I very much look forward to seeing her prosper in her new role as we look to expand our roster of clients and services over the coming year.

“I’m equally excited to see Khyati Megchiani rise the ranks from within. We nurture home-grown talent here at Brazen MENA and since joining just over a year ago, she has wowed us with her seamless ability to manage clients and the media, while getting excellent results. Her promotion to Account Manager is very well deserved.”