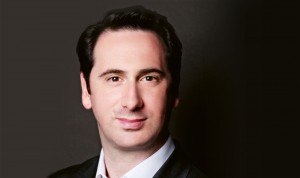 UK-based creative and technology agency Omobono has opened an office in Dubai.

Last year, the Cambridge-headquartered company was named business-to-business (B2B) Marketing Agency of the Year at the Drum Awards, and received a Queen’s Award for Enterprise.

Managing director Hadley Newman, who has joined from Cheil, with more than 10 years of regional experience, said: “The deliveries have included – and are including – major website conceptualisation, development and delivery, … positioning and messaging, social strategy and video and VR work.”

Newman says the firm’s main focus will initially be private and government entities within the UAE, with Abu Dhabi and Sharjah both likely to be important, as well as Dubai.

The office, in One JLT, currently has six employees, but Newman expects this to at least double by the summer. While development will continue to be run out of the UK, Dubai will follow Omobono’s other overseas office in Chicago by offering creative, strategy and project management functions.

“I am delighted to have joined Omobono at an exciting period in the company’s growth,” Newman said. “I was attracted to the agency because it has digital in its DNA, strength in strategic planning and focuses on delivery – not only the deliverable.”

To explain what makes Omobono a B2B agency, he said: “The differentiator is our understanding of the B2B audience and the complexity of behaviours that exist within large global enterprises.

“Those would be along the lines of making sure that the messages that come from multiple departments are consistently communicated, for example. The employee brand not being any different from the corporate brand. The message to people the organisation is looking to join them needs to be in line with the message that they have to their customers and prospects.”

On 13 March, Omobono will be releasing a localised version of its What Works Where? research, which polls chief marketing officers and marketing directors to understand their plans and strategy.