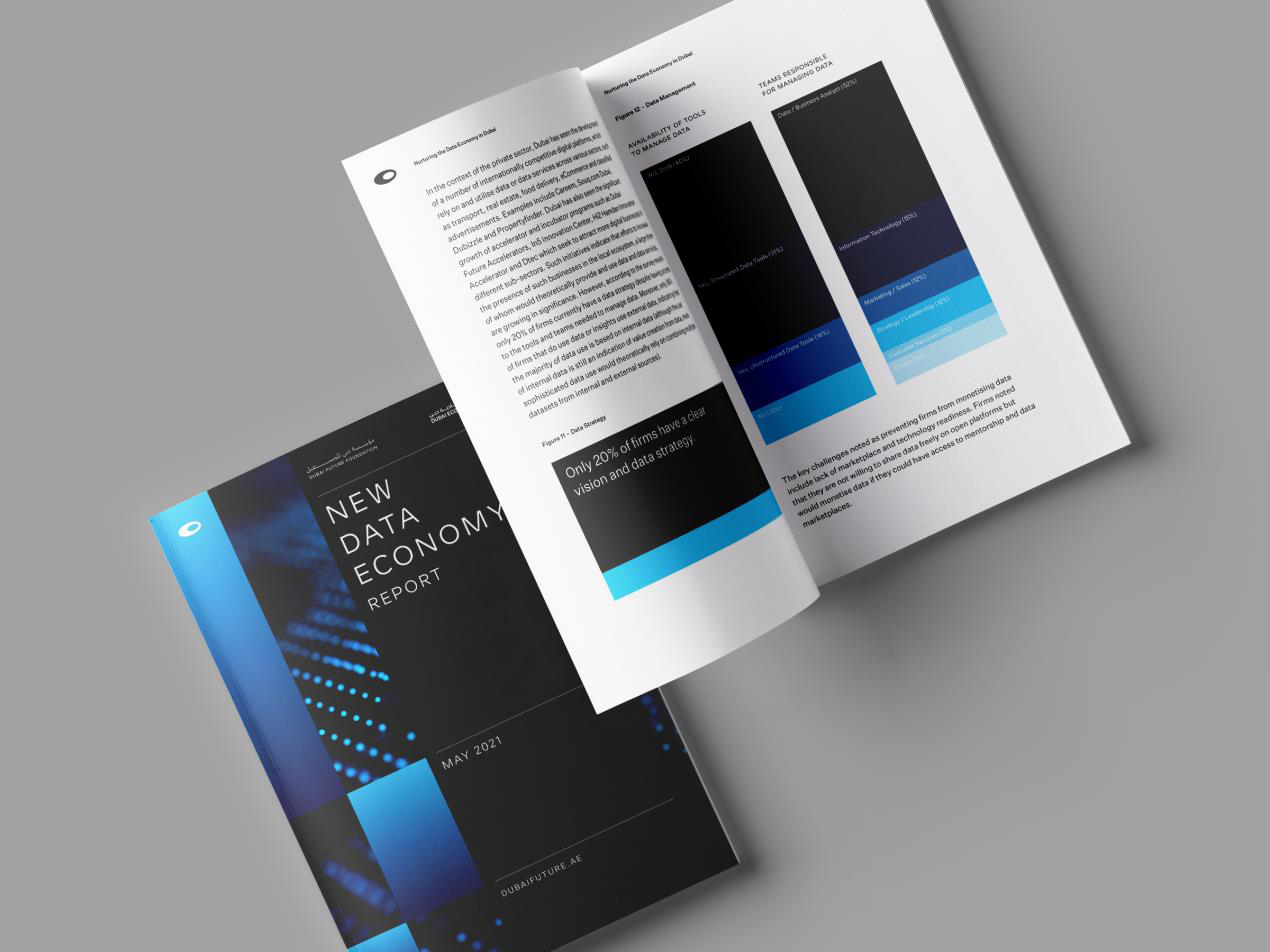 The data economy is on track to become one of the largest economic sectors globally, according to a new report published by Dubai Future Foundation (DFF) in collaboration with Dubai Economy. The publication, titled ‘New Data Economy’, maps the future of data in the UAE and worldwide.

The constant and rapid accumulation of data on smart devices has driven the development of several innovative businesses that are enabled by data. This has led to the emergence of the global data economy in which companies and countries are collecting, processing and analyzing data to generate insights but also underpin AI and machine learning algorithms and create new value leveraging advanced technologies.

The report discusses the importance of data usage to increase efficiency, streamline operations and derive strategic insights with a level of accuracy in companies and governments in ways that were not previously possible. The global market for Big Data estimated, according to the report, at US$70.5 billion in the year 2020, is projected to reach a revised size of US$243.4 billion by 2027.

The report also highlights the exponential growth of this economy across the world and its significant untapped potential. In advanced economies, such as Germany, the UK and the Netherlands, the data economy already represents around seven to 10 per cent of the GDP and is expected to double over the next few years.

H.E. Khalfan Belhoul, CEO of Dubai Future Foundation (DFF) said: “The UAE and Dubai are considered a leader in harnessing the immense potential of data. Today, data is considered a high-value asset and a national resource for governments that boosts their competitiveness and readiness to face future challenges as digital transformation accelerates across key sectors.”

H.E. added: “Dubai Future Foundation is keen on enhancing collaboration with stakeholders around the country and globally to study the future of data, identify emerging trends and devise strategies to leverage data which will create added value. The Foundation also assists public and private sector entities in developing digital systems and data management policies. The new report, published in collaboration with Dubai Economy, provides recommendations to accelerate data exchange and utilization and encourage investments in the data sector.”

Mohammad Shael Al Saadi, CEO of the Corporate Strategic Affairs sector in Dubai Economy said: “Dubai has been at the forefront of technology adoption since it announced the first ICT strategy in 1999 and has followed through with initiatives such as m-Government, Smart city, open data, the mandating of blockchain for government transactions, and other advanced initiatives. What makes the city stand out in the region the fact that digitalisation has been built into government service and economic development strategy”.

Al Saadi added: “During the pandemic, national strategies have further emphasized the role of Digital Economy as a priority sector.  Moving forward, we need to power ahead of the competition with our digital innovation, business – friendly data policies and technology investments to ensure maximum returns for our society, business and economy”.

The report examines the role of data as a key driver of economic sectors; for example, the availability of geographic information system (GIS) data led to the growth of satellite GPS applications – an industry that has become a critical enabler of the global transport and logistics sector.

Similarly, data exchange among research institutions and hospitals spearheaded the growth of “precision medicine” industry that analyzes patient data to help doctors diagnose genetic disorders in early stages, and administer customized treatments. The value of the sector is estimated to cross US$105 billion by 2026.

The report recommends stepping up collaboration among various stakeholders to improve data quality and management. This approach will enable government entities, private sector corporations, startups and innovators to access and exchange open-source data with researchers and other interested parties to reduce time and cost associated with R&D, and data gathering and classification.

The report is available here: