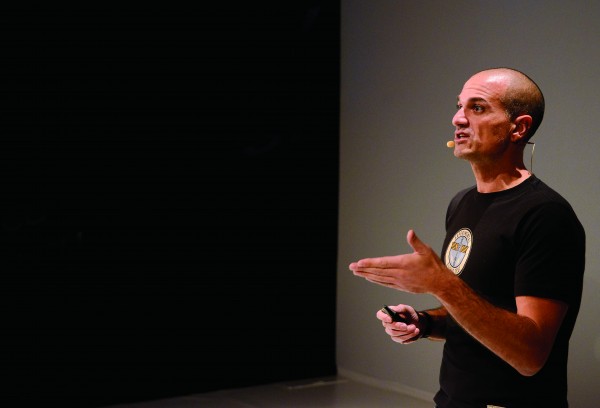 A new breed of entrepreneurs are creating jobs, opportunities and good news in a region that desperately needs them, writes Yousef Tuqan Tuqan

In 2007, a high school student in Amman named Alaa’ Alsallal received a cease-and-desist letter from the most unlikely of people: JK Rowling.

Frustrated with the delay in the Harry Potter books being translated into Arabic, Alaa gathered over 50 people on a discussion forum, who then set about to translate the latest instalment in the series – Harry Potter and the Deathly Hallows – in time for Eid.

Usually a popular English book takes six months to translate into Arabic. They did it in one month and then gave it away for free online. After that, the letter from Harry Potter’s lawyers arrived. To avoid legal troubles, Alaa shut down his server. But a seed was planted.

brothers and sisters as his only employees. Today, Jamalon offers over 9.5 million books in Arabic, has over 100 employees and is valued at over 10 million dollars. Not bad for a Harry Potter fan from Jordan, huh?

Alaa’s story is amazing. But what is truly amazing is how many like him exist in the Middle East and North Africa ecosystem. How many

other young men and women are turning their passions into their professions?

In a region plagued by sectarianism, strict border controls and government bureaucracy, a new revolution

is underway. Arab start-ups from across the region are using the internet to connect and empower the Arab digital generation through platforms, tools and technologies.

These new start-ups are creating jobs, creating wealth and creating good news in a region sorely in need of all of them. These start-ups are not only changing the communication landscape, but changing commerce and changing culture.

Since I was the first speaker at Dubai Lynx, allow me to be the first one to put up what will be a movable feast of statistics around Middle East usage and adoption of social media. As you know, Arabs have an opinion on everything, so here’s mine.

Facebook’s growth has been incredible in the region, with over 120 million active users in the MENA region. Some 83 per cent of them access it every day and 79 per cent of them do it via a mobile device. And we are the fastest-growing consumers of video.

Despite Twitter’s stall in most of the world, it continues to enjoy growth and heavy usage in MENA. YouTube continues to go from strength to strength and continues to experience a huge growth trajectory in the region. Between 2013 and 2015, daily video views increased by 200 million in MENA alone.

We have an insatiable appetite for Instagram with over 25 million users in MENA, a four times growth rate since 2013. Every day, Instagram sees 6.1 million daily users from Saudi Arabia, 1.2 million from the United Arab Emirates and 1.1 million from Egypt.

While retailers in the UAE are quietly grumbling about dwindling sales, frugal tourists and endless price-cutting, one retailer is setting new records and growing phe retailer Souq.com raised $275 million in funding to help grow their operations.

But it’s not just the ‘Amazon of the Middle East’ that is redefining commerce in the region. Check out online marketplace Haraj, a Saudi website where you can buy or sell nearly anything. And when I say anything, I mean anything. Apart from the usual iPhones, Toyotas and real estate you can also purchase sheep or camels.

What’s equally remarkable about Haraj is its payment service. You don’t pay online – instead, you sign an online pledge to pay the seller and the seller pledges to pay Haraj a handling fee. Through this, Haraj claims to conduct over $20 million in annual transactions.

And as our modes of communication and culture have changed, it’s only natural that our own culture has followed suit. And everything in our culture is ripe for disruption, even some of our most traditional habits.

Today, websites like et3arraf.com offer young Arab men and women the chance to meet, flirt and fall in love, but within traditional boundaries. Users have to chat before being allowed to see photos of one another.

And don’t call them the Tinder of the Middle East. As its founder Cédric Maalouf says: “It’s not a dating site… because dating doesn’t exist in the Arab world. We position ourselves as an online marriage agency.”

What is most amazing is that all of these companies have revolutionised the Middle East without firing a single shot. Instead, they have taken advantage of the region’s inherent limitations and inefficiencies to create regionally relevant, world-class platforms that are creating jobs, opportunities and good news in a region desperate for them.

Yousef Tuqan Tuqan is vice chairman of marketing and analytics at Careem.