Why Ryan Reynold’s giving away $5 million worth of mobile subscription for free, was a winner at the Super Bowl 2020

Costing over $5 million for a 30-second commercial, the Super Bowl is arguably one of the most sought-after ad slots on the planet. And yet, more and more brands are opting out of participating during the super bowl via paid for ads, and instead engaging in PR stunts, as an alternative to generate word of mouth buzz, engage with audiences and grow their fan base through publicity.

A PR stunt that led the pack at the 2020 Super Bowl was by the little known cellular company ‘Mint Mobile’. Recently acquired by actor, Ryan Reynolds, Mint Mobile decided not to participate at the Super Bowl and didn’t buy any ad slots. Not particularly newsworthy in itself, it was what happened next that really stole the show. Ryan Reynold took out an ad in the The New York Times explaining that it’s ‘classier’ to sit the game out and give away Mobile Mint services for free, rather than pay $5 million for an ad – so Mint Mobile announced it would use their advertising funds to give away 300,000 months of free service to anyone signing up during the Super Bowl. The clincher – he tweeted a picture of himself holding up the ad with the text: “Everyone buys ads, so I bought one too. Not on TV. In that @New York Times. #classy http://mintmobile.com/free.” 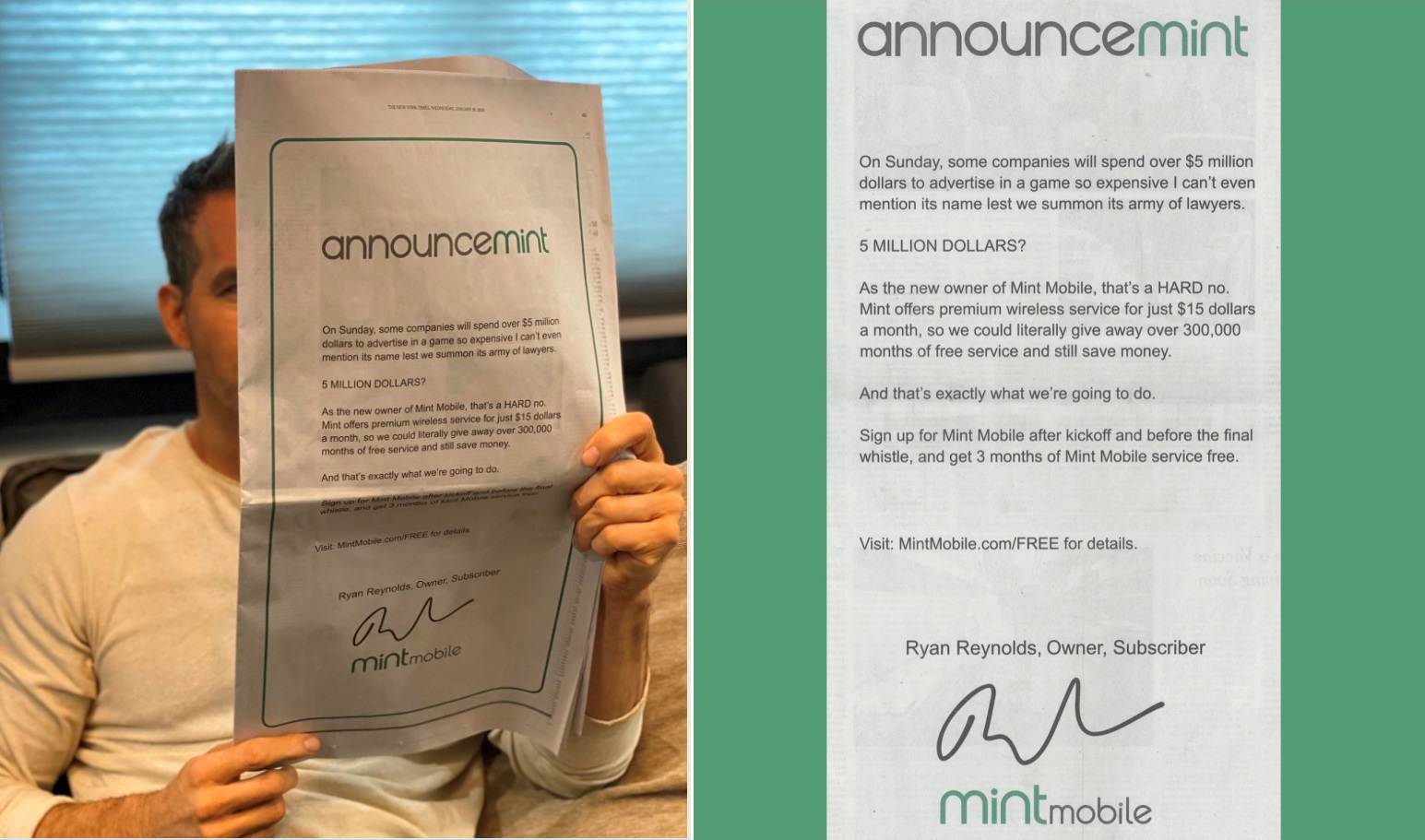 The tweet drew 1,300 retweets and 14,000 likes within the first two hours alone, pushing awareness to a relatively unknown telecom provider. He included an image of Mint’s New York Times’ ad in the tweet, which calls the $5 million advertising price tag ‘ridiculous’ and states the “we could literally give away over 300,000 months of free service and still save money. And that’s exactly what we’re going to do.” Offering 300,000 months of free service, in lieu of paying for a commercial at the Super Bowl is a gamble, but as with any PR stunt, when executed correctly, it’s a surefire way to stand out from the crowd.

While PR stunts are risky and notoriously difficult to pull off, when done right, they can propel relatively unknown brands into the limelight. Here are the top 5 tips to ensure your next PR stunt ticks all the right boxes.