Wavemaker, WPP’s media, content and technology agency (previously known as MEC), has appointed Rabinder Thirumurthy, also known as Rabe Iyer, as CEO for Wavemaker MENA. The announcement was made by Ajit Varghese, Wavemaker’s global president of market development.
Iyer will be taking over from Neil Hardwick, who has been in place as temporary CEO since last June. He in turn had been the agency’s first CEO since 23-year veteran Mohan Nambiar left in November 2016.

Iyer joins from his current position as managing director of GroupM India media agency Motivator, based in Delhi. He will be relocating to Dubai to officially join Wavemaker on June 10. Ajit Varghese said: “I’ve known Rabe since he joined Motivator and I’ve always been impressed by his commitment to excellence. He’s a proven leader with strong business acumen and I’m sure that he, together with our fantastic leadership team across the region, is perfectly positioned to make Wavemaker MENA a formidable future facing agency.”

Filip Jabbour, CEO of GroupM MENA, said: “Rabe is a great plus for Wavemaker; he has the skill, the vision and the deep understanding of Wavemaker announces Rabe Iyer will become new CEO from June our industry to lead and grow our business in the region.” Rabe Iyer said: “Wavemaker’s ambition, its obsession with the purchase journey and desire to connect and scale its capabilities, is exciting. I believe that MENA has a large potential for growth and I look forward to working with the talented team here to deliver on the agency’s ambition across the region.”

Iyer’s career spans more than 25 years in media, advertising and communication. Before joining Motivator in 2012, he was at Reliance Broadcast Network where he helped launch live, activation, outdoor and digital businesses, besides building integration models to unlock the value of Reliance media assets. Prior to that he worked for nine years with Publicis GroupeMedia, where his roles included leading the expansion of the group’s agencies in Vietnam. Iyer has worked with brands including Nestle, P&G, Hyundai, Honda Cars, Yamaha, Coca-Cola Company, Bristol Mayer Squibb, Visa, Sara Lee, L’Oréal, Apple, Nokia and Huawei. 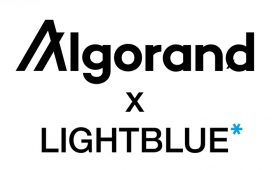