Review of the Year 2016: Riding the Storm 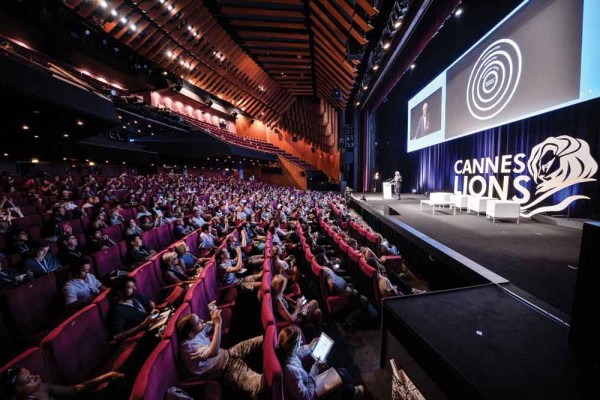 The past 12 months presented a tumultuous media landscape, and the industry is still developing tools to cope with unprecedented change

Few expected 2016 to be good; agency heads trotted out familiar euphemisms such as ‘tough’ and ‘challenging’ when asked about business. In the end it was downright bad. Half the world’s celebrities died in the past 12 months, and the MENA advertising market fared little better.

In its Arab Media Outlook 2016-2018, published in May, Dubai Press Club wrote: “The region’s media sector stands at an interesting evolution point. On one end, the unique demographics and the fast pace of digitisation have created a drive for growth. On the other end, on the macro-economic level, depressed oil prices and political conflicts have created a turbulent environment for the media, which is typically vulnerable to economic downturns.”

And so it was in 2016. Although innovation has ridden in on the back of the youth bulge to reshape media, marketing and advertising, this industry has been shrinking as that oil crunch, those crises and the imminent introduction of value-added tax in the GCC damp consumer confidence at home, and Brexit, the rise of Donald Trump and panic over immigration and extremism take their toll on international economics.

We started 2016 on a bleak note. Campaign’s then-editor Iain Akerman wrote a year ago that “things are not looking good and the worst is yet to come”. How right he was. “While the rest of the world flourishes, this region sinks,” he said, citing a now apparently optimistic prediction of a 6.8 per cent decline in advertising spend ahead. In the end, according to Zenith’s latest adspend figures, that regional decline in marketing dollars was 11.8 per cent from 2015.

Yet 2016 started better than Campaign and many others in the industry had feared. Several agency and media heads we have spoken to recently say the real crunch didn’t come until later in the year. The run-up to summer wasn’t too bad, and Ramadan offered some of its annual reprieve, if not the adrenaline shot of television spend it has traditionally supplied.

In the third quarter, however, advertising dropped off. Budgets didn’t appear, and the industry began to retrench.

What has long been a shiny, happy, fun business got a lot more serious in 2016. Clients became yet more demanding, consumers became more cynical, and the advertising industry has had to become more accountable to all its stakeholders.

The UAE’s ever-ongoing people meter saga took a hit when, after announcing its tView programme was now officially audited and all set for an industry-wide green light, the WPP-owned technology supplier Kantar announced it was closing the project down. Debt from the industry body set up to bring about the scheme, and lack of wider industry support, were the reasons Kantar bitterly gave for the Emirates still having no independent currency of viewership measurement.

But elsewhere there is more accountability and measurement. The Advertising Business Group launched in November. A partnership of some of the biggest advertisers, their agencies and the media, its mission is to promote accountable advertising. And there is talk of revisiting the International Advertising Association’s ongoing work on making the pitch process more ethical.

The key performance indicators by which marketers measure their agencies are also evolving. Billing by media spend now looks positively old fashioned, as agencies charge for a wider range of services and are beginning to be measured on everything from brand awareness to customer sentiment to sales numbers.

This in turn has put communications agencies closer to their clients’ commercial hearts over the past year, and may go some way to countering the common complaint of procurement departments persistently pushing for lower and lower prices regardless of results delivered.

Holding groups have been restructuring. WPP brought Filip Jabbour back to the region last year to head up its Group M conglomerate of media agencies, although his task looked to get harder in 2016 as industry stalwarts left. Samir Ayoub was the first to go, in January, shortly before Mindshare – which he had run for 17 years – lost its flagship Nissan account to OMD in March. And then, in the year’s closing months, MEC veteran Mohan Nambiar shocked the industry with his resignation.

Publicis Groupe has brought all its creative agencies together under Raja Trad, and all its media shops under Steve Parker and Alex Saber, in a reshuffle that has seen VivaKi dissolved, along with smaller agencies such as Performics and LiquidThread. Both ZenithOptimedia and Starcom Mediavest were split in two.

And Omnicom Media Group has restructured its digital and content capabilities, which will serve not only OMD and PHD, but also the newly arrived Hearts and Science.

The industry has long churned out its mantra that content is king, and 2016 has seen a scrabble for the crown. PR agency Edelman formed a creative division, and Memac Ogilvy has a specialist department for the production of content. This includes working on a dedicated digital channel for Coca-Cola. MCN media agency UM has its own creative director, and publishing houses, including Campaign’s parent Motivate, are boosting their content production offerings.

Social media and technology are driving this content boom.

The Middle East is home to a lot of young consumers. Young consumers love their technology, and technology companies love them. Last December we predicted 2016 would be the year of Snapchat. It was, insomuch as that app’s  disappearing stories are now being emulated by the likes of Instagram. Facebook is mimicking Twitter’s Periscope, which was in turn competing with Meerkat. Meerkat has now turned its attention to House Party, which is a bit like Google Hangouts. Everyone is copying everyone else, and those millennial consumers are going wherever their friends are.

Marketers are pitching seven-figure social media accounts and are even turning to consumers themselves. The last year has seen influencers emerge as yet another content creation force competing with agencies just as often as collaborating with them.

Long-heralded technology – including virtual reality, augmented reality and artificial intelligence in the form of chatbots – is starting to actually emerge. Walk around any large event, from the Cannes Lions to the Dubai International Film Festival, and you will see real people in headsets lost in a virtual world. At home they are using their phones and games consoles to explore the same space.

Print makes up 16.8 per cent of global adspend, according to Zenith, and both newspapers and magazines are expected to decline next year. They have already taken a big hit in the region – anecdotally dropping as much as 30-40 per cent year-on-year between 2015 and 2016 – and although print spend is unlikely to bounce back, the worst may be over in that battle.

But that drop has taken its toll. UAE newspaper 7DAYS announced in November that it would close before the end of the year, having previously hoped slashing its print run would keep it commercially viable. Rival daily Khaleej Times cut as many as 30 jobs, and even more have been lost at magazine publisher ITP. Other newspapers, magazines and even online news sites have been feeling the crunch too.

A sign that agencies might be focusing more on their clients than themselves is a relatively unimpressive haul from Cannes. In our round-up of the festival in June, we wrote: “No titanium awards, no regional firsts, no shortlists whatsoever in a number of categories and a hugely disappointing showing in film do not add up to a classic Cannes.”

The region came home with the same number of Lions, 26, as in 2015. But there were fewer golds, and more disappointment from agencies who didn’t get recognised. Memac Ogilvy can be justly proud of its three golds in print and outdoor for Ikea Saudi Arabia’s ‘It’s that affordable’, and The Classic Partnership and J. Walter Thompson both did well too, with ‘The Nazar Initiative’ for Aster Healthcare & Medical Centres and Bou Khalil’s ‘The Good Note’, respectively. But even a down economy and the emotional pressures of war in the region cannot fully excuse MENA agencies not continuing their ascendancy of recent years.

Creative shortfalls belie a tough business year, and there is more on its way. If 2016 is the night you would rather forget, 2017 will be the resulting hangover. Zenith’s most recent predictions suggest that while the rest of the world’s advertising spend will grow – sometimes fast (8.5 per cent year-on-year in parts of Asia), and sometimes slow (only 1.9 per cent in Latin America and 1.5 per cent in Japan) – MENA will be the only region to see a decline. Not a small decline, either. Next year there will be 7.3 per cent less advertising dollars to go around than there were in 2016. From 2016 to 2019, MENA adspend will decline by an average of 4.9 per cent each year.

This means we can expect another tough year ahead for clients, agencies and media. We will all be expected to do more with less. But there are many new ways to tackle that challenge, and as necessity is the mother of invention, we can expect to see innovation come to the fore.