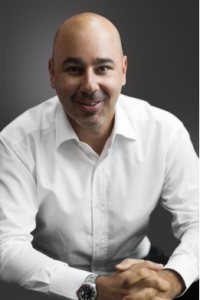 Nadim Khoury, formerly chief operating officer of Grey Group, has been promoted to CEO of Grey Advertising MENA. He replaces Eric Hanna, who had been in the role since 2011 and “will be leaving to pursue other opportunities,” according to a statement.

Singh said: “We want to thank Eric for his hard work in the time spent at Grey and wish him success with all his future endeavours.”

The change in leadership comes only a month after chief creative officer Mike Shackle also parted ways with Grey “to pursue other opportunities”. Shackle’s shoes have been filled by Ali Shabaz, previously Grey’s Chief Creative Officer for South East Asia. Shackle had only been in the job for a year and a half.

Khoury began his advertising career with Saatchi & Saatchi, working on clients including MasterFoods, PepsiCo, Johnson & Johnson, Danone and Samsung. He moved to Grey in 1999 as regional account director, managing GlaxoSmithKline and British American Tobacco for the Middle East region, before becoming client services director in 2002. He was promoted to managing director in 2008 at group managing director in 2013.

In a welcoming statement for Khoury’s new role, Singh said: “He has proven to be a dynamic leader who has distinguished himself at Grey with his strategic thinking and exceptional business acumen. Over the years, he has played an instrumental role in raising the profile of Grey Group across the Middle East and I am confident he will take us to the next level. We look forward to this new exciting chapter under his leadership.”

Khoury said: “It is an incredible honour to lead the Grey office as the network embarks on its 100th year. I am committed to driving further growth in order to provide greater value to our clients, associates and stakeholders. I believe 2017 is shaping up to be a year of tremendous potential. I also wanted to thank Eric for his mentorship during the years we have worked together and want to wish him the best of luck for the future.”