Mindshare named media agency and network of the year 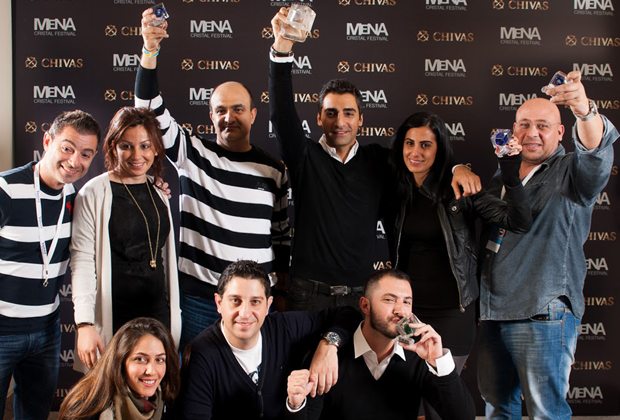 Mindshare was named both media agency of the year and media network of the year at the MENA Cristal Festival in Lebanon last night.

At a packed awards ceremony at the Intercontinental hotel in Mzaar, the media agency (pictured above) picked up the two titles thanks to one Cristal and a raft of silvers and bronzes. Last night’s ceremony honoured winners in the digital, mobile, promo & direct, media, production and innovation categories.

The big winners on the night, however, were TBWA\Raad, which won two grand Cristals and six golds, primarily for its ‘VIP fridge magnet’ for Red Tomato Pizza; JWT, which picked up six Cristals and a grand Cristal across its Beirut, Cairo and Tunis offices; and Leo Burnett, which won three golds via its Beirut and Dubai offices.

The grand Cristal in production went to JWT Cairo for Vodafone’s ‘Let nothing stop you’, while TBWA\Raad took home the media Cristal for its ‘Househunter test drive’ for Arabian Automobiles. TBWA\Raad also won the ‘Future is now’ Cristal courtesy of its VIP fridge magnet. There were no grand Cristals in digital & mobile, promo & direct or branded content.

Other successes included a promo & direct gold for Horizon Draftfcb’s ‘September Christmas’ for Tamanna, and two golds for FP7 Riyadh’s ‘Airport Arrivals’ work for the Saudi Alzheimer’s Disease Association in the digital and mobile category.

Samir Ayoub, CEO of Mindshare MENA, said: “Early in 2012 we set objectives for ourselves to get the highest number of awards and also to be the media agency of the year. A few months back we were the most awarded agency at the Effies and now at the MENA Cristals [we won] the highest number of awards amongst media agencies. We feel very proud in achieving our objectives and the credit goes to our clients and team who took the challenge throughout 2012 and developed many winning campaigns that were well recognised by the jury.”